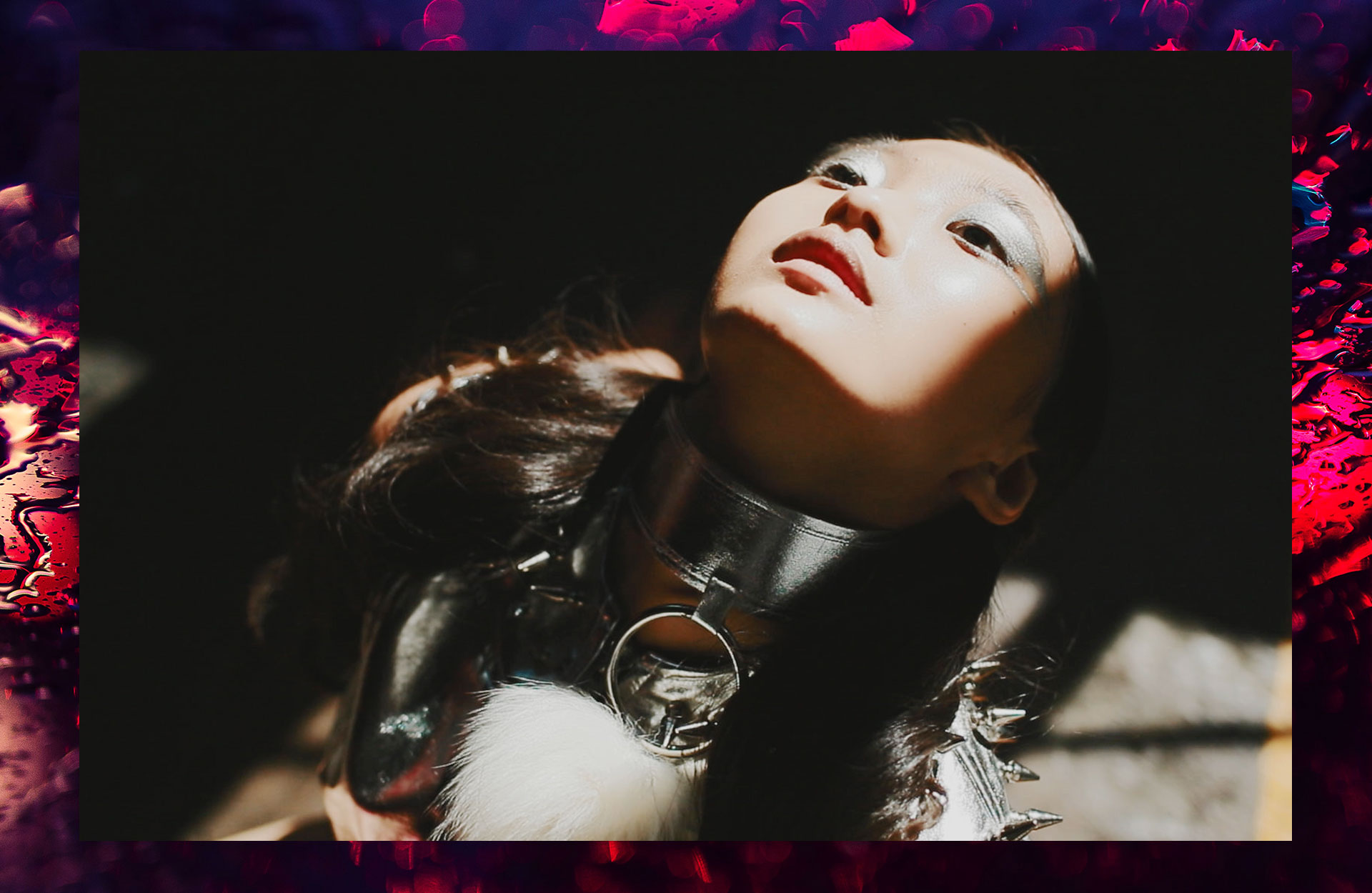 Evan Clayton can remember the exact moment that he decided to take a Fashion Design course. Its memory is still the motivation behind every aspect of his design life.

“I was watching Fashion TV back when I was in high school,” he explains, “and they were profiling an Alexander McQueen show, ‘In Memory of Elizabeth Howe’, from Fall 2007, which was inspired by the Salem Witch Trials. Back then I was a little emo goth kid so I was instantly interested in witches and paganism. The day I saw that show I saw every other show of his I could on YouTube. As I started to learn more about Alexander McQueen and saw more of his shows, his work really spoke to me. A lot of people think fashion is something very superficial. But to me, fashion is a high art form. The designers I’ve come to admire and respect see it the same way and treat fashion as a narrative, which is what I like to do with my work too.”

Evan’s fine art approach to fashion is winning him fans around the world. The Blanche Macdonald Fashion Design graduate received a four-season sponsorship to show his collections at Vancouver Fashion Week, which in turn has led to appearances on the web sites of some of the world’s most prestigious fashion magazines, including Glamour and British Vogue, and an invitation to show a collection at Austria’s Vienna Fashion Week.

For the young man from the Kootenay region of the BC interior, it’s already been an incredible journey.

“I spent a lot of my teenage years in Fruitvale, which is the opposite of a fashion hub. But fashion was always part of me. I worked at Bootlegger there for five years. It was the only place in town that had anything to do with fashion. I would grab every copy of Vogue I could get my hands on and I took as many art courses as my tiny high school in Trail offered.”

To me, fashion is a high art form. The designers I’ve come to admire and respect see it the same way and treat fashion as a narrative, which is what I like to do with my work too.

Having been inspired by Alexander McQueen, after graduating from high school Evan’s only question was where he’d go for his fashion education.

“I looked at a lot of fashion schools, but there was something about Blanche Macdonald that stood out to me. My Admissions Director, Mary Hombrebueno, is a wonderful person. She put me at ease and showed me a path that I wanted to go down. The campus was beautiful, and meeting Peggy Morrison and finding out that she was from Trail was the cherry on the top.”

Even though he’s put together over 10 collections and shown in fashion hotspots around the globe, Evan still benefits from the wisdom of the team at Blanche Macdonald.

“I still talk to [Fashion Career Director] Mel Watts all the time. I always show her the collection before it goes on the runway. She always steers me in the path that she thinks is best. And she’s always right. After my first season she told me to tone down the theatrics. I wanted blood and half-naked girls. She told me that I needed to show that I could design clothes. It was great advice.”

“I was totally blown away. If someone’s giving you a golden opportunity, you’re not going to half-ass it.”

I still talk to Fashion Career Director Mel Watts all the time. I always show her the collection before it goes on the runway. She always steers me in the path that she thinks is best. And she’s always right.

The collection was called JENOVA and inspired by Yoshitaka Amano, an artist on the Final Fantasy series. JENOVA not only made Evan the first recipient of the Nancy Mak Award, it also awarded him the opportunity to show in Austria. An honour which his next and fourth collection, DEATH PROOF, would also earn.

After two years of non-stop work at his day job and collection work in his free time, a not-so-great event in Evan’s life would catapult him into his next phase of life as a designer.

“I lost my job! I couldn’t afford to do a full collection and show. But I actually took that as a sign to slow down, think about my designs and my shows and use the time I had been given to my advantage.

“I surprise dropped my fashion film, LILLITH, at Vancouver Fashion Week in between sets. The following season I was able to complete and expand LILLITH into the collection it was meant to be and to show it in a proper setting.”

That was Evan’s sixth collection. Now four collections later, Evan already has quite the visual representation of his design career so far with ten collections in his repertoire and many more to come.

“Each collection was representative of the state of mind I was in when I designed it. LILLITH was super heavy and dark and black because I was pissed off that I didn’t have a job and had no money! But then WORSHIP, my next collection, was light and beautiful because my life had settled down and I’d gotten hired as an alterationist which I loved.”

Worship, Evan’s personal favorite collection, was soon followed by MAHO SHOJO and THE DEVIL IN MISS JONES and even a bridal collection with local Vancouver brand, Davie & Chiyo. Though Evan’s fashion journey has been anything but dull, possibly his highest and most glittering moment was showing EC10, his tenth collection, in Japan at Amazon Fashion Week.

“It was something that Jamal had spoken a few times about, how he was working on making it happen and then last summer I’d got the email from Jamal that I would be showing that October! It was completely amazing. I’d always wanted to go to Japan since I was little and it was EVERYTHING. It’s such a beautiful culture and everyone is so kind, it’s just so safe there.

“It felt great to show a retrospective collection there too. Everything was a reinterpretation of pieces that I’d designed before. It was a very fitting way to show and build my tenth collection.”

I get so much joy from doing shows and making a statement.

Evan’s notoriety in the international fashion scene definitely isn’t for being understated – one of his collections had the models sporting gas masks and fake blood coming from their mouths. Going forward, it’s no surprise the designer wants to take his theatrics to bigger, bolder and more boundary-pushing places than ever before.

“I want to get so much bigger. All my shows are great as they are, of course, but they’re 10% of what I actually envisioned. I get so much joy from doing shows and making a statement.”

Safe to say, we at Blanche Macdonald – along with the rest of the fashion world – are eagerly holding our breath for this visionary’s eleventh collection.

Mega Merchandiser Maria Polansky: From TOPSHOP, to Holts, to ARKET in the UK