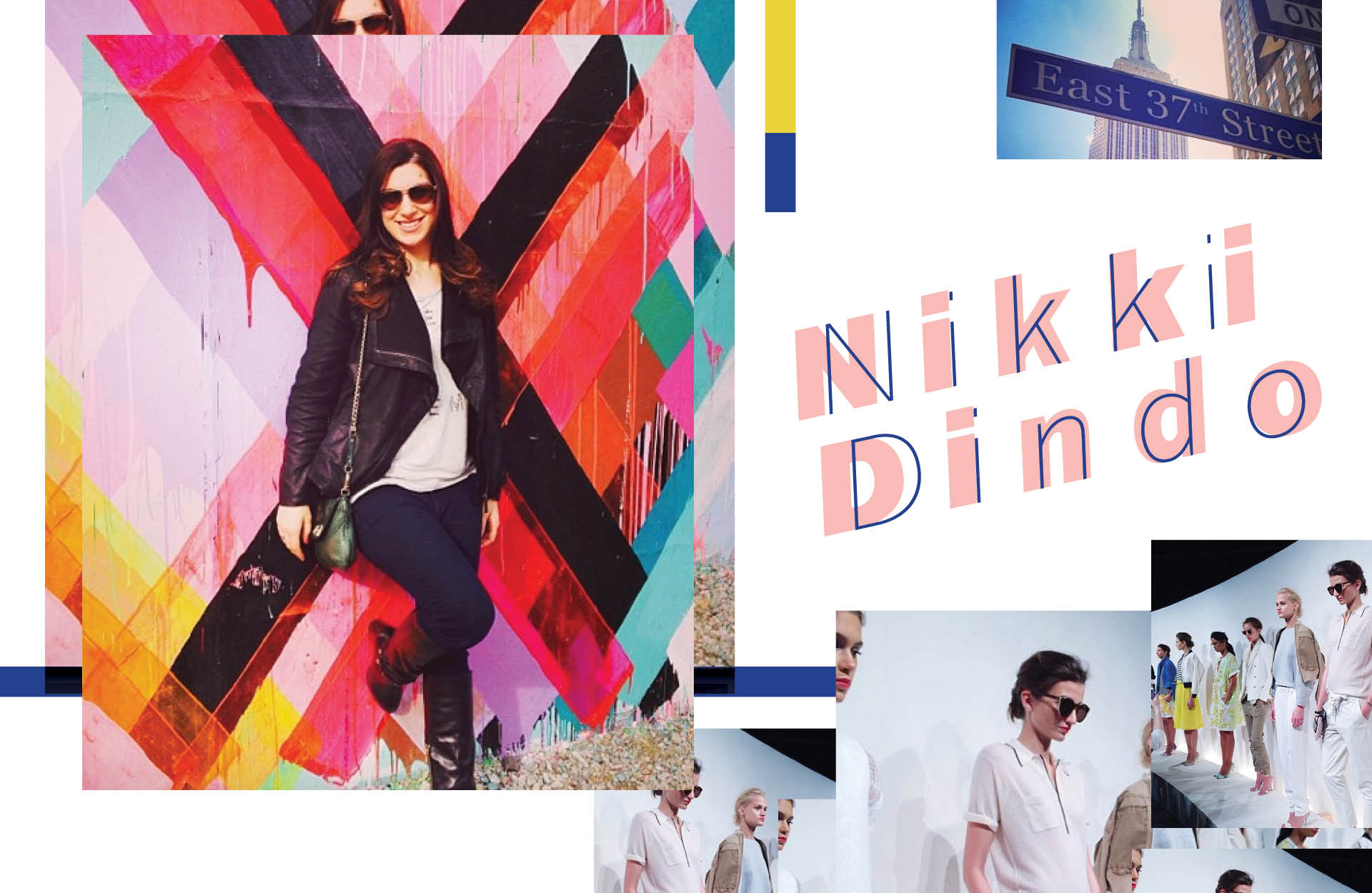 In the world of Fashion Public Relations, Kelly Cutrone is not a name to toss around lightly. Even if you didn’t grow up watching hit reality television series The Hills, her reputation for high industry standards, towering expectations, and nonsense intolerance within her prestige New York-based Fashion PR company People’s Revolution is widely acknowledged, and daunting for many.

Not so for Nikki Dindo who, less than a year since graduating from Blanche Macdonald’s Fashion Marketing program, has braved and survived a whirlwind internship through two seasons of New York Fashion Week with People’s Revolution.

The experience that you gain at Blanche Macdonald is just invaluable. Part of the reason that I was able to stay afloat in the atmosphere of People’s Revolution was that I had so much experience behind me.

“She was a bit intimidating obviously, but once you get to know her she’s actually really nice and super helpful,” chirps Nikki. “She was the mom figure for everyone; she’d even cook for us during Fashion Week! She’d bring us cups of soup and make sure we were never there too late.”

This is not to say that the internship was all chicken noodle and nine to fives.

“On a daily basis we were involved in things like event planning, doing press clips, new client outreach, social media monitoring, blogging; it was always changing and never a dull moment. No two days were ever the same at that place!

“Still nothing could have prepared me for Fashion Week. It was crazy, but it was also the most amazing experience I’ve ever had. We had seven shows and three events in that one week. It was madness. We’d be in the office until about 2 in the morning, have a 4 am call time, have two shows that day and then go back to the office until 2 in the morning again. We were exhausted, but as soon as the lights dimmed, the music started and the show came on, I was on a show high. It was so great to see all of the work that we had been doing for the last months come together to flow seamlessly.”

To some this may all seem overwhelming, but it is evident in Nikki’s calm and polished delivery that this frenetic fashion ado is where she is most comfortable. Looking back, she had been preparing herself for this lifestyle since before she even knew what a press release was, planning catered surprise parties as a pre-teen and constructing the family itineraries. Yet it took being cast out to sea for Nikki to see that this knack for event coordination could become a career choice.

“I was actually a dancer in a semi-professional company for four years while I was in high school. I started on cruise ships as a singer and dancer in the shows, but an injury prevented me from pursuing that, and so I moved over to working with the event team onboard.”

Though Nikki found easy success in this path, soon leading her to a role as a top travel agent, her innate thirst for challenge and a sense of something more, something missing, propelled her on to the next adventure.

“I sat down with my mom one day and she asked, ‘If you could pick anything, what would you love to be?’ I knew that I’d love being in the back end of the Fashion industry, but I didn’t know how to get there. My boss at the time knew that I was itching to move on, and so she mentioned that her daughter had gone to Blanche Macdonald and told me a little bit about the program. I went back to my cubicle, researched it on the spot and that very day I applied to meet with an Advisor. The second that I came to visit the school I knew that this is where I wanted to be. I haven’t looked back since.”

Having at last discovered a calling that she could get worked up about, the year at Canada’s Top Fashion School went by quickly for Nikki. Though she may have been content listening to the fabulous tales of Peggy Morrison’s Fashion Awareness class for another year over (“all of them were just SO great!”) she set about plotting her future long before graduation; it would be the most exciting plan she had laid so far.

“For a few months I had been thinking about going over to New York for some internships; about three months prior I started looking into various agencies for where I might be a good fit. Honestly, after that I just picked up the phone to call People’s Revolution, asked for a contact person, sent over my resume and cover letter, and landed the job the week after. I just kind of went for it.

My proudest moment was after the show when people were asking me, ‘Hey, what happened with this?’ and I was able to say, ‘Not to worry, I solved everything.’

“Everyone was such a great resource! I was actually torn between a few places in the end and so Career Director Mel Watts reached out to a couple of past students who had interned at the other agencies to ask about their experience. That ultimately helped me in making my decision.”

As it turned out, the prestigious slot at PR firm People’s Revolution was the perfect fit for Nikki, who became an indispensable member of Kelly Cutrone’s team from the get-go.

“During Jeremy Scott’s New York Fashion Week show it was utter madness. I was in charge of backstage check-ins and media outreach and we did not have enough backstage passes – we didn’t even have enough passes for the dressers. It was complete chaos and I was receiving no help whatsoever because everyone was just too busy, so I had to take the entire situation into my own hands. I had to break a few rules to let people in and out, averted about five major crises, and nobody even knew. My proudest moment was after the show when people were asking me, ‘Hey, what happened with this?’ and I was able to say, ‘Not to worry, I solved everything.’ ”

“I think I like that energy high of not knowing what’s going to happen,” grins Nikki, reflecting back on the glorious moment.

Though Cutrone undoubtedly became a role model in Nikki’s thrilling New York life, the answer to who her industry idol may be lay much closer to home.

“Can I say Lyndi?” she laughs, referring to Blanche Macdonald Fashion Merchandising graduate-turned-instructor and PR maven Lyndi Barrett. “She does everything and she’s wonderful! She’s my idol, my mentor, and my friend. I think it’s so amazing that she juggles working here, and her PR agency AND Style Calling. She’s amazing.

“Lyndi has helped me from the very beginning. She helped me get my internship with Motive Communications, where I spent six months. She’s helped me get so many of my volunteer opportunities, and I’ve worked with her on a ton of projects, like the Deighton Cup which was just so cool, a few awards shows, and a bunch of projects with her agency Lj PR.”

Once one of Lyndi’s classroom disciples, Nikki has now returned to the halls of the Blanche Macdonald Centre as a fellow mentor to the next generation of fledgling PR stars, coming by regularly to divulge about her rapid-fire success in the industry.

“It’s so funny because I still know some of the people in the groups that I’ve been going back to speak to. It almost makes me feel like I shouldn’t be there, but it’s great to be able to tell my story, and to share some of the mistakes I’ve made along the way. I’m so happy to be a part of this amazing family and I’ve been thrilled to come back as a mentor.”

One piece of advice that Nikki makes sure to pass down during her visits is the importance of utilizing the Career office resources.

Get as much volunteer experience as you can! You never know where those connections could lead to.

“Get as much volunteer experience as you can! You never know where those connections could lead to; somebody could have a cousin that works for Michael Kors’ PR department. You never know who you could meet and who could help you in the future!”

So what’s next on the horizon for Nikki?

“I’m going back to New York for Fashion Week again! I’ll be going back to work with People’s Revolution, as well as attending a few shows on behalf of Style Calling to do a few show writeups for them. I’m very excited to get back there.

“Ultimately I’d love to be in New York permanently, working with my own agency but I am thinking about having my own PR and events agency here in Vancouver as well, specializing in fashion and lifestyle brands.”

With less than a year out in the industry, a killer reputation, and two Fashion Week seasons already under her belt, the future is certainly looking good for Nikki Dindo. With infinite opportunities and challenges through which to flourish scintillating just ahead, she urges those who may be yet on the fence about pursuing their passion for fashion, to forge ahead.

“The experience that you gain at Blanche Macdonald is just invaluable. Part of the reason that I was able to stay afloat in the atmosphere of People’s Revolution was that I had so much experience behind me, that I was confident in what I was doing and was able to make decisions based on what I learned here. It’s so, so important to seize every experience.”

Mega Merchandiser Maria Polansky: From TOPSHOP, to Holts, to ARKET in the UK

Sugar on the Side: The 2020 Blanche Macdonald Fashion Graduate Show Delivers Sweet Style 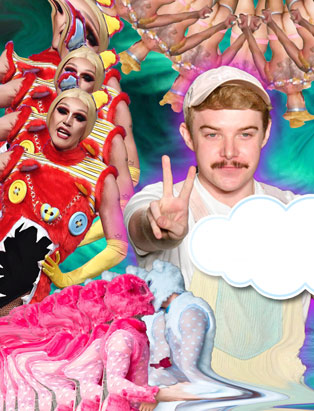 Derek Perrett: Editorial Stylist and Costumer on iZombie, The Flash and Motherland

Get more stories in your inbox!

Subscribe to our stories E-Newsletter to keep up with our Blanche World!