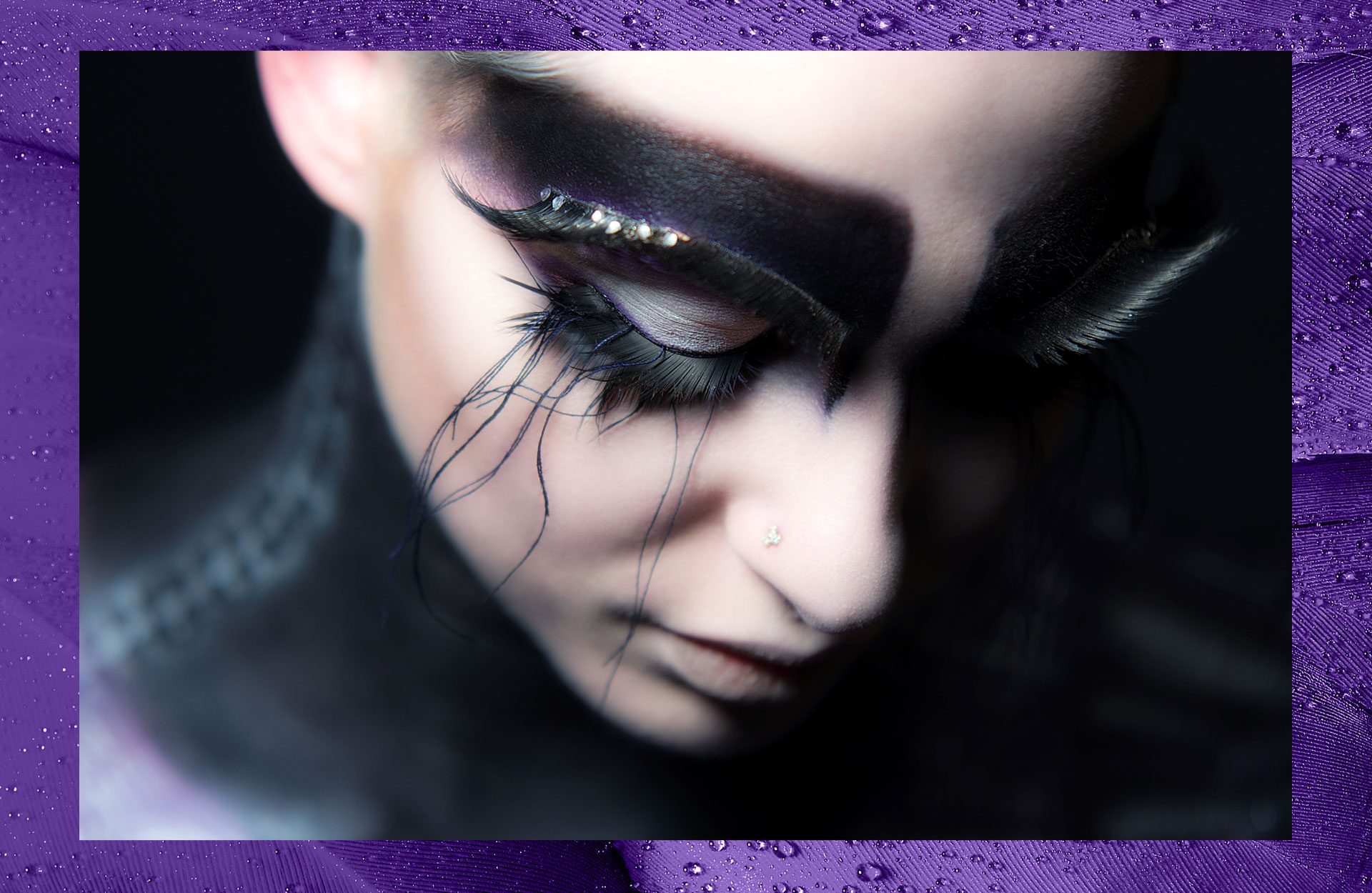 Art is Everything to Two-Time Body Painting Champion Natacha Trottier

Natacha Trottier’s artistry speaks for itself. She’s a two-time 1st Place Winner at Vancouver’s prestigious Art World Expo Body Painting Competition. She’s worked on commercial campaigns and corporate shoots for major brands and organisations. She’s an IATSE union permittee with a growing list of credits ranging from TV shows like Untold Stories of the ER to award-winning videos for Canadian hip hop icon Madchild. And she’s an in-demand Demo Artist for Lancôme who still finds the time to regularly produce creative shoots with some of Vancouver’s top photographers.

“I need to be very busy the entire time,” laughs the Quebec native. “I like to go through with things too. I don’t like saying no.”

This no fear attitude to creativity has been with Natacha long before she decided to enrol at the best Canadian Makeup Courses available at Vancouver’s Blanche Macdonald Centre.

“I knew I would be an artist,” she continues. “I just didn’t know what kind of artist. When I was little I would paint on the walls of my bedroom. I would steal my Mom’s Halloween makeup. I would paint my face, my dolls, my dog! Anything I could find!” 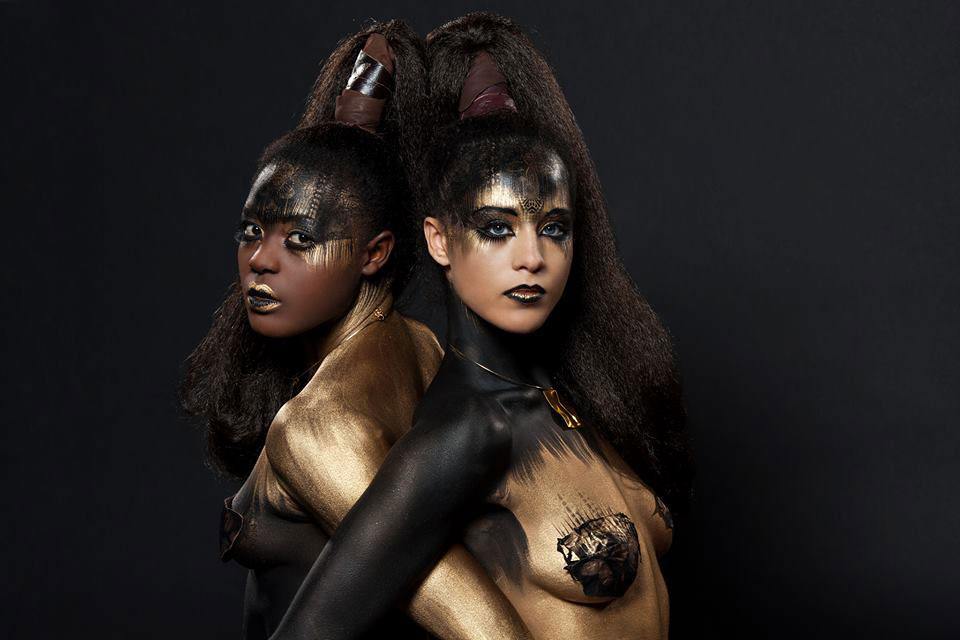 The dog recovered from its makeover and Natacha’s natural artistic affinities were honed when she took a Makeup Course at college, the stage between high school and university in Quebec. With the basics under her belt she moved to Alberta and started working as a bridal Makeup Artist. That’s when fate stepped in.

“I had a mountain bike accident, hurt my hand and couldn’t continue working. Everything happens for a reason, so I started thinking about focussing on Fashion Makeup. I wanted to start a company with a friend. I did Makeup and she did hair. She told me that it would be useful if I had a diploma, because people would often ask for it. That’s when I decided to come to take some Makeup Courses. I would see all these crazy makeups in movies and magazines and wonder how they did that. I looked online and Blanche Macdonald was the first school that came up. I was so happy with what I saw. I didn’t search further than that.”

Natacha moved to Vancouver and was immediately dazzled by the array of potential career directions.

“I thought I wanted to do film, but I loved fashion makeup too. I’m one of those people who’ll never be able to decide entirely. I wanted to do it all. Which is what I’m doing!

I like to go out of my way to make something spectacular.

“I really liked my instructors. I felt like I was in good hands and they were sharing all their experience with me. My absolute favourite instructors were Jon Hennessey and Cory Roberts. Good teachers explain, but great teachers inspire and made me dream of what was possible. I love Cory’s energy. She’s so passionate!”

Makeup School opened up a world of options. And opportunities. 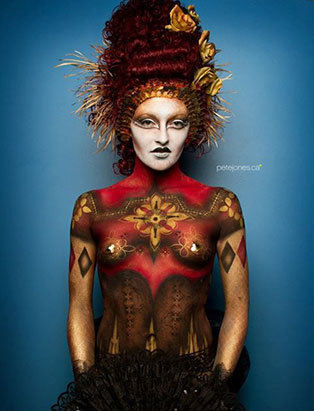 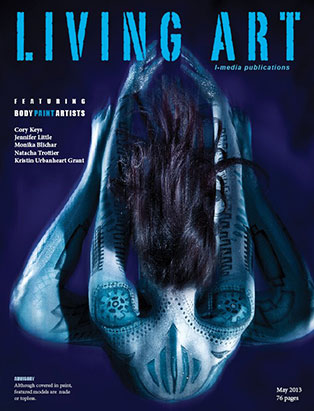 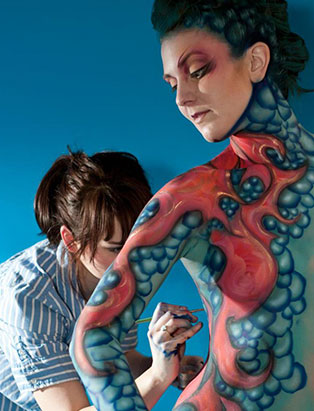 “I was doing a lot of volunteer work, which led to meeting Diane Webster from Lancôme. She liked me and hired me on my first day volunteering at Sears Downtown when I was still a student. I love the Company. They’re the best employers a Demo Artist could dream for. To this day, when they have a big Makeup event they always give me a call.”

Inspired by the creativity around her, Natacha started exploring the boundaries of body painting artistry.

“I’d done some body painting back when I was in Quebec. We were sent to a bar where we painted all the staff at Halloween two years in a row. When I came to Blanche Macdonald I did two full body paints. One was a girl with visible bones and flesh, like her skin had been peeled. The other was a reproduction of Gustav Klimt’s famous painting, The Kiss.”

Body painting is extra special because you have to work around the curves of your model.

Drawn to body painting’s expanded human canvas, once Natacha heard about the Art World Expo, she had to be involved. Now she’s a two-time Champion.

“A photographer friend, Patrick Parenteau, suggested I try entering the Art World Expo Competition. I didn’t feel like I had what it took but he convinced me otherwise.

“Last year the theme was ‘Italian Love Affair’. I was inspired by the Italian church and the operatic, theatrical religious imagery of the Vatican. I incorporated gothic art and gold and red colours into my design, along with a high wig and the classic pale face from the opera. I was surprised and happy when they announced the results. And the $500 first prize wasn’t bad either. This year the theme was ‘Circus’. I was inspired by the old circus fashion from the turn of the last century. I took that idea and tried to see how far I could take it. 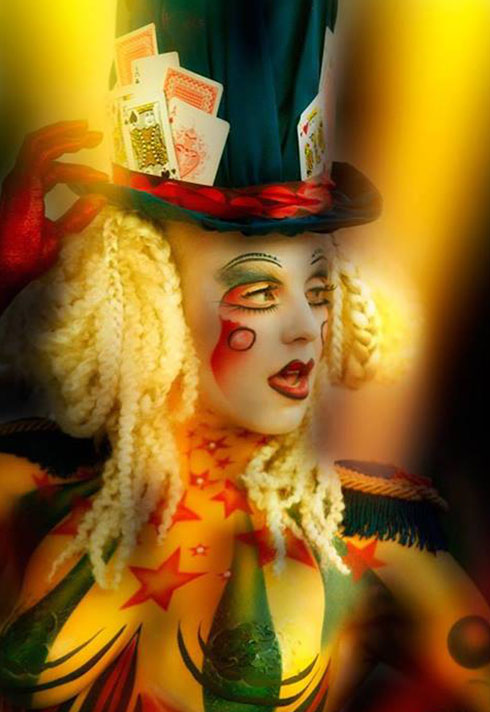 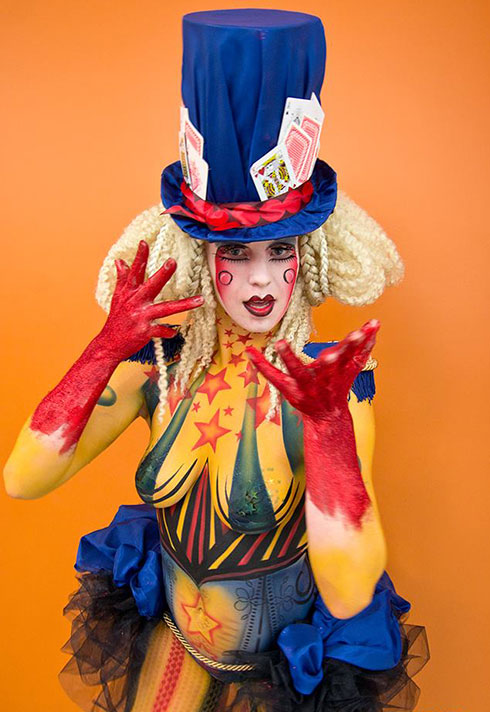 “I love the fact that you do the makeup, and a few hours later it’s gone when people wash it off. That really makes it so special for me. Body painting is extra special because you have to work around the curves of your model. A canvas is a flat surface. But someone’s body or face is always different. You have to adapt yourself to the skin and the texture. Painting a body can take hours, and then it’s done. It’s like a flower that only blooms for a day once every few years. It’s sad, but it makes it even more special. Body painting is rare and different. It’s not something people see every day.”

It's my passion. I'm so driven by this work. Don't let anyone tell you that you can't do this.

Art is everything to Natacha. It continues to inspire and drive her to new creative heights.

“It’s rare that people will approach you asking if you want to do a really creative photo shoot,” she explains. “So it’s up to me to approach photographers and models and seeing if they’re into it. I’ve been working with a few photographers in Vancouver that I really like. There’s Patrick Parenteau, naturally. I’ve been doing a lot of actors’ headshots with Natalia Anja. And I just started working with Franco Valerio and Gabby Saliba. I try to do at least one creative shoot a month. One a week, or one every day would be even better. That’s what I’m hoping for. Although I can’t complain. I get to do makeup every day. I’m doing what I love, which is awesome!” 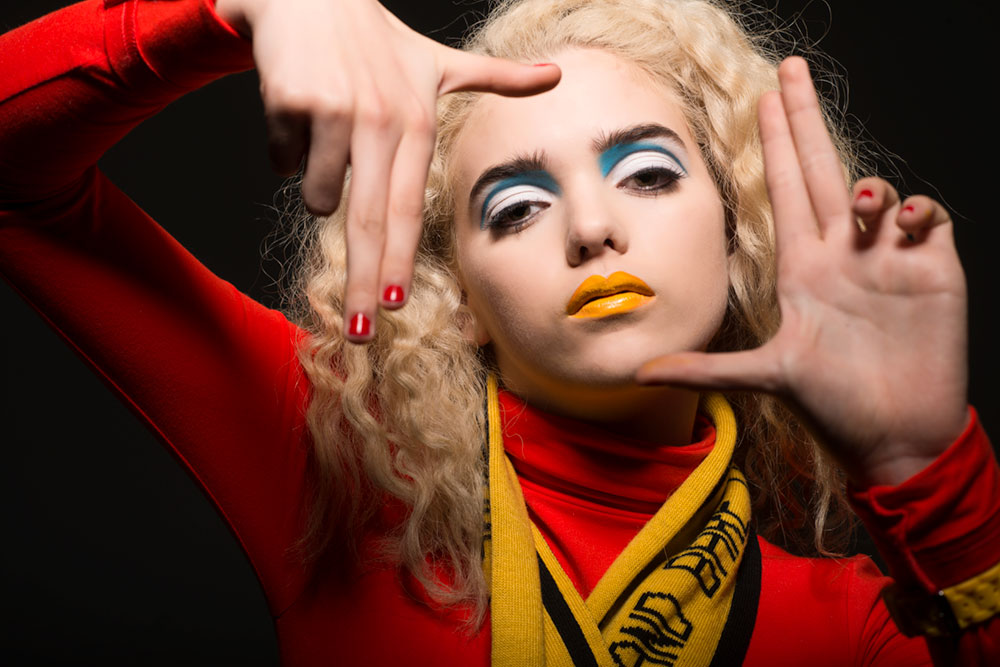 Pushing her artistic boundaries, along with the opportunities that come from brushes in the worlds of TV and film, retail, and commercial and creative fashion shoots, means that Natacha has a bright and broad future ahead of her. What sets her apart? She has her own ideas.

“It’s my cute French accent!” she laughs. “Seriously though, I think it’s my passion. I’m so driven by this work. People like that. Sometimes it inspires them to be more creative too. Don’t let anyone tell you that you can’t do this. If you have an idea, go for it and work for it. It’s not going to be easy. But this is such a cool career it’s worth working for. I wake up during the night to write down ideas. I want to share that passion. I love it so much. I like to go out of my way to make something spectacular. Even though I don’t paint my dogs any more!”