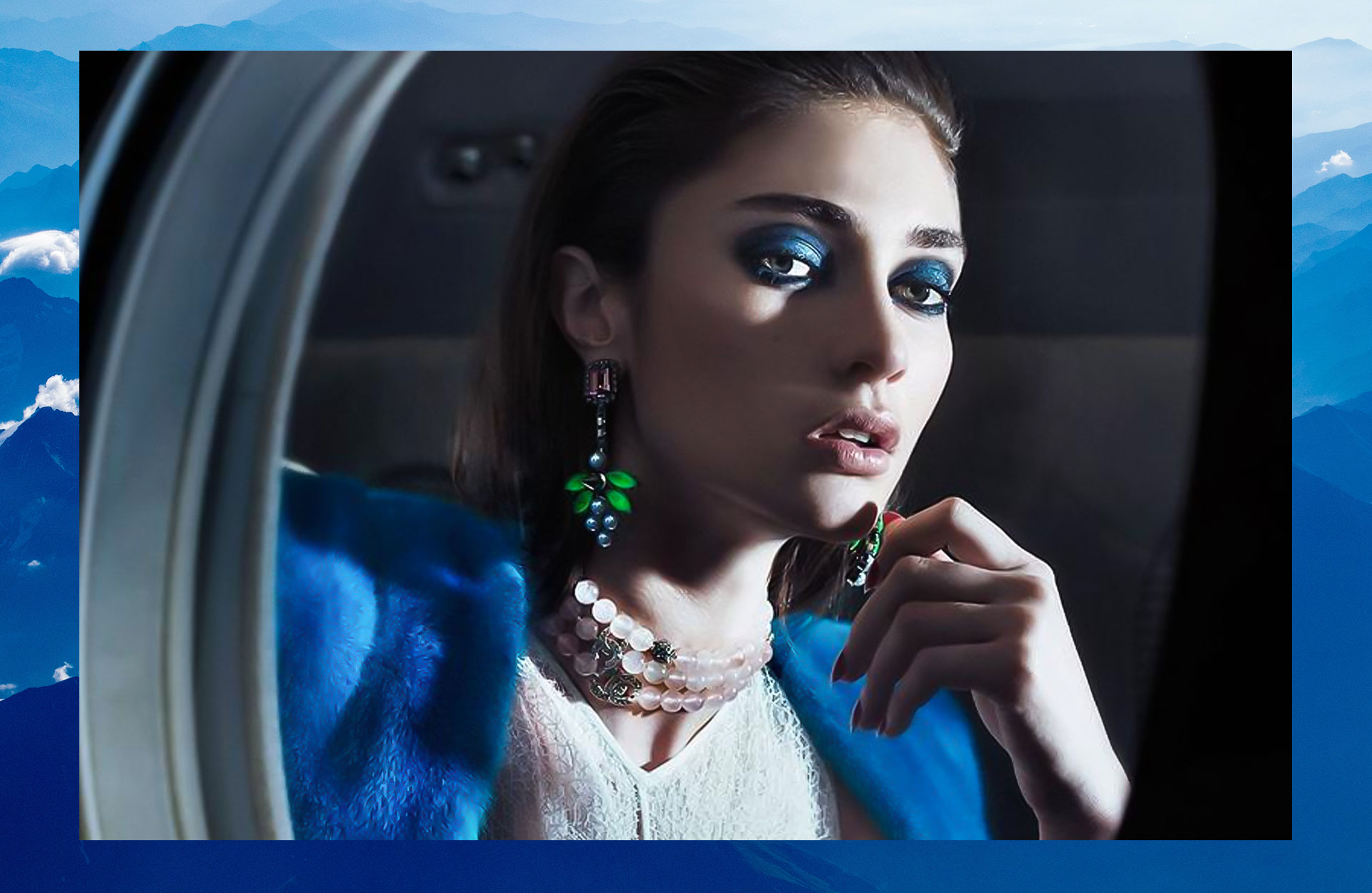 Jordy Poon commands an energetic, discerning and fiercely intelligent presence. Whether in the classroom, behind the camera at a fashion shoot, or touching up the face of an A-lister as she’s about to step out onto live TV, the instantly-recognizable celebrity Makeup Artist and Blanche Macdonald Faculty member can produce a pithy mantra for his students to remember for each and every industry situation.

Yet another: “One day, you’re going to not care about the wrong person so it’s good practice to treat every subject who comes to your chair like royalty right away.”

This last one is of both personal and professional importance to the industry star. He’s a steadfast believer in the importance of meticulous conduct, and emphasizes this to aspiring Makeup Artists under his mentorship at Canada’s Top Makeup School. 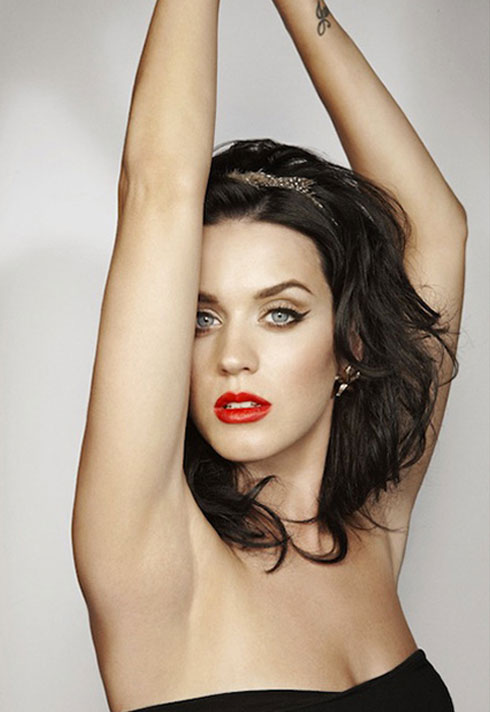 It’s obvious that Jordy eschews “traditional” methods of teaching in favor of cutting-edge ones: His classes intersperse artistic technique with practical tips on how to be. He shares and enacts valuable information at the same speed he learns it, and always keeps one artistic eye trained on the ever-evolving worlds of beauty and fashion outside the classroom. It’s no wonder he chose to teach at the Makeup School with an international reputation for its industry-forward programs and award-winning graduates.

“Self-promotion and PR and protocol are what I’m really big on,” he explains. “I took a lot of training classes in etiquette, both in London and in Switzerland. North America discredits charm school, but it’s nothing like that at all. It’s about protocol, and it helps a lot with what we do.”

Etiquette—alongside prodigious talent, an insatiable desire to become ever better, and a rigorous eye for fine detail—is both the “Once upon a time” and the moral takeaway of Jordy’s past-paced, self-made success story. It’s a narrative that has taken him from humble beginnings as a hair assistant at a local Vancouver salon to an agented Makeup Artist: the very first to be represented by the Canadian makeup and model mecca Lizbell Agency when they opened their artist division.

I don’t treat them any differently. It doesn’t matter if it’s a housewife client or a celebrity client; I just like their company.

Not to mention, of course, a glamorous, 14-year-long professional career in New York, doing makeup for covers and editorials by VOGUE, Vanity Fair, ELLE, Cosmopolitan, NYLON, and more. He’s luminized the faces of stars like Katy Perry, Lily Allen, Sienna Miller, Chrissy Teigen, and Devon Aoki. Many of those among Jordy’s A-list roster maintain extended relationships with him, requesting that he make use of his talent across varying magazine editorials, brand campaigns, fashion shows, and media tours for which they appear in front of a camera.

His secret to earning such fervent celebrity loyalty? “I don’t treat them any differently [than my other clients],” he says. “It doesn’t matter if it’s a housewife client or a celebrity client; I just like their company.”

After all, even beauties populating the pages of our favorite magazines aren’t so very different from the ambitious makeup industry up-and-comers found in the hallways at Blanche Macdonald. “People ask me about celebrity horror stories,” he says, and laughs. “But they’re not there to torture you! Nobody has the time. They’re there to get the job done. They want you to do a good job, because then they look good.” 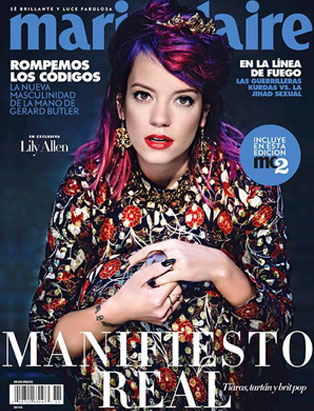 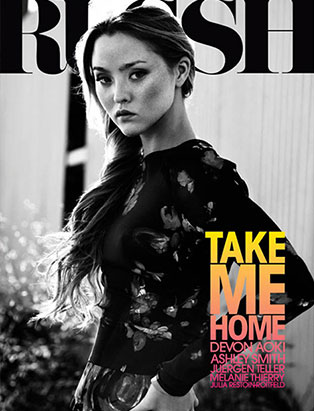 Meticulously courteous and genuinely invested, Jordy remembers personal details about every star he crosses paths with: Chrissy Teigen, for example, whom he knew back “when she was just a model who lived just a block away. We used to shoot catalogues in studios next to each other.” Leaning in, he whispers, “We used to hide in the stairwell to smoke!”

Then there’s singer Lily Allen, who he reveals “will write thank-you cards…to everyone who is nice to her. I’ll get them in the mail.” And Katy Perry, too, whom he admires for her bold aesthetic and classic look, which can transform into anything from candy-covered “California Gurl” to iconic Dita Von Teese with a touch of the brush. When Jordy first met the superstar, she “had very colorful-looking makeup and a spray tan. That girl can go in many directions,” he says, nodding.

And though Jordy claims it’s too hard to choose a favorite client or job—“all of the good stuff you just remember as a whole,” he qualifies—it’s Devon Aoki whom the star Makeup Artist waited a decade to doll up. “Ten years before I met her,” he explains, “a photographer asked me who the model was that I wanted to work with most. I said her.” He ended up doing her makeup for the cover of a magazine. “I never thought I’d see her again. Then, one day, my agent calls and said that Devon asked for me. After that, I was working with her continuously.” Jordy has found that under the right circumstances and with vigilant professionalism, one fantastic gig tends to lead to another. He remains grateful to actress Sienna Miller for helping him acquire Lancôme as a client. “Because everything looks good on her, I was trying out a new mascara that Lancôme sent to me on her. It was [for] Fashion Night Out,” he says, “the first time they did it in New York. There’s a photo of her there looking up—her lashes were just boom—and that ended up being a great photo for Lancôme to promote.”

Naturally, if the Makeup Faculty member’s success is any indicator, there are lessons abound to be had in all this for the aspiring Makeup Artists studying under him at Blanche Macdonald.

First: The way you treat your clients—and let’s not forget the rest of the production team around you—is just as important as the talent you foster. “A lot of times, you get these jobs not because you’re talented—that’s only one part of it—but because it’s word-of-mouth in this industry,” Jordy says. “You get referred by agents, by publicists, by hairdressers. And you get that referral by being nice to people on set. 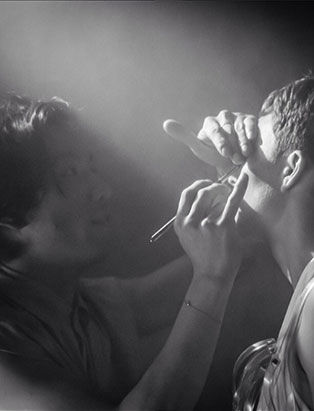 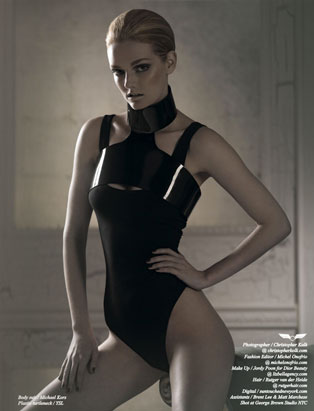 “I got most of [my star clients] when they were up-and-comers,” he adds. “As you work together and grow with them, they build into A-listers.”

The second lesson is that technical and retail product knowledge aren’t just for artists who work on the sales floor. “I tell my students: People give you stuff for your makeup kits. There’s no free lunch in this world; they send it to you because they understand you can sell it. When someone sends you something nice, you try to see—without compromising your own integrity—what works and what doesn’t, so you can know how to help them.”

And there’s plenty more where that came from. Study with Jordy Poon and you’ll find yourself in a Blanche Macdonald classroom transcended: Under the guidance of this industry-elite Makeup Artist, the space becomes a studio, a runway, a backstage dressing room, and the off-camera waiting-wings of a live TV session. Not only will you learn and refine your technical hand, but you’ll be soaking up invaluable insider tips that no textbook or Youtube video could ever hope to cover.

To students of Makeup Artistry both current and prospective, Jordy has this advice to offer: “You do your best with everybody, no matter the situation, and you cherish every opportunity. It’s like Kate the Great [said],” he adds, evoking the legendary British model Kate Moss: “Never complain, never explain.”

Jordy is always game to talk makeup, so it’s no surprise that he’s an endless fountain of teachable, noteworthy quote-isms. As he rushes off to lead a Masterclass at Blanche Macdonald’s CurliQue Beauty Boutique—an appropriate appointment, considering that he approaches his craft with both extraordinary technique and rigorously-learned product knowledge—his parting remark is, of course, both eye-opening and on-point.

“People often compare makeup to paint,” he says. “I like to think of makeup is more like collage: You have to find the right piece of product for that face.”