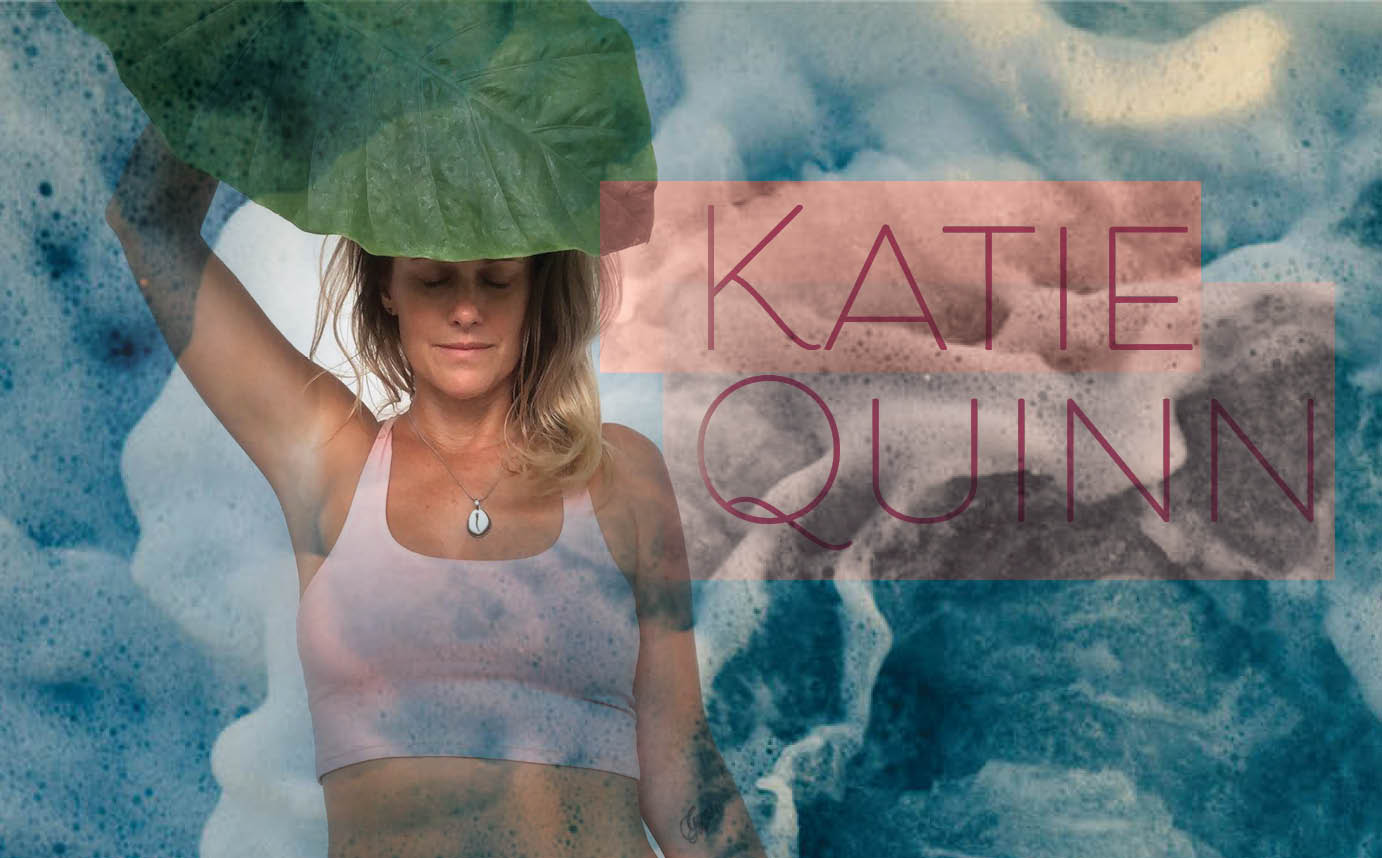 For many fashion designers, owning and running a successful label might be considered mission accomplished. For Katie Quinn, her amazing street/beach/yoga line Downtown Betty is just one part of a life that blends purpose and perspiration. Alongside her growing team of Fashion School Grads at Downtown Betty, Katie has created a conscious co-op where ethics, sustainability and accountability for the planet are at the forefront of everything they do.

It’s an exciting hub of energy. I remember the first day at Blanche thinking, these people are cool.

“The concept of Downtown Betty is Whole, Healthy, Home,” she explains from her bustling Vancouver office. “It’s a healthy force for our tribe of humans as guardians of this planet. Our collective mission is sustainable fashion. We were doing it before it was in vogue. We hand cut everything. We use sustainable fabrics. We use fabrics that are going to biodegrade—95% of them anyway as we still need to use Lycra. We’ve begun manufacturing in Bali, as I’m there for almost six months every year, as well as our mainstay Vancouver production. Bali is also where I started Doggess, my foundation for stray dogs, and Naked Bikinis, my bikini line.”

It’s safe to say that Katie likes to keep busy. If directing Downtown Betty and Doggess weren’t enough to keep her occupied, she runs, practices Kundalini yoga and has built a career for herself as a Costume Specialist in Vancouver’s ever-thriving film and TV industry, turning her fashionable hand to everything from Stylist to Buyer to Designer to Head of Costume Department.

It’s no surprise that Katie seems comfortable charting her life through diverse creative courses. She’s been defining and redefining her own high style standards long before she stepped into Blanche Macdonald’s Fashion Design program.

“My mother had a sewing machine and my aunt always said she knew I would become a fashion designer. She’d never met another 13-year old who would run into the house for a couple of hours, sew something and run out again with a new skirt.

“I had a fashion column in the school newspaper where I’d basically recommend whatever I was wearing. My aunt had a clothing store. My first job was dressing 50-year-old women in Espirit and Jones New York.”

Katie’s experience in her aunt’s store led to positions managing branches of The Gap in Ottawa and Vancouver. She went to university and worked in Vancouver’s movie industry as a visual effects assistant and training assistant director, but there was still something missing.

“One day I was talking to a girl on Wreck Beach. She said she’d just finished Fashion School at Blanche Macdonald and was in love with the program. It sounded invigorating and got my heart pumping. I thought, ‘That’s what I’m going to do.’ I visited the School and it felt like a really professional environment. I knew I’d be in good hands. It’s an exciting hub of energy. I remember the first day at Blanche thinking, these people are cool.”

Katie began her fashion career with ideas floating around her head. The Fashion Design Program helped turn them into reality.

At Blanche Macdonald you were driven to finish every piece. You’d come up with an idea, draw it, make it happen and eventually see it on the runway.

“For me, Fashion School was about completion. I had pants that I’d started but never put a snap or button on them. At Blanche Macdonald you were driven to finish every piece. You’d come up with an idea, draw it, make it happen and eventually see it on the runway. The structure and the process really worked for me. It gave me confidence and streamlined my capabilities. The whole idea of going to Blanche Macdonald was to learn the rules so I’d know how to break them. It helped me let go of the rigidity and go with the flow.

“I really loved my illustration instructor, Lisa Gellert. I think our creative pathways work the same way. We connected so deeply. She taught us that nothing is wrong. The more ideas the merrier. You can always edit afterwards.”

Downtown Betty was an idea that had been with Katie for years. It was at Fashion School where that concept turned into something concrete.

“I’m big into making what’s needed. I was skimboarding at the time and I needed a skimboard bag. So I made one and Lisa Gellert said, ‘This is super cool’. That was the beginning of Downtown Betty. I took that idea and turned it into a guitar pack, a diaper bag and then a yoga bag. I went to study yoga in India and started making t-shirts there. I made seven t-shirts and girlfriends started buying them quicker than I could keep them in my suitcase. I was sketching and coming up with concepts. I suddenly realized, I’m a fashion designer!”

Today Katie is a designer, a team leader and a businesswoman at the helm of a growing company. But whatever role she’s filling, every decision is filtered through her high ethical standards.

Bali is beautiful and a great place to be a designer. If you can think of something there’s someone there who can get it done.

“We’re a conscious movement,” she insists. “I’m still learning how to put business first. I’m a human and an artist more than a businesswoman. I used to pretend that we weren’t hand-cutting clothes! Now we make pieces from fabric scraps. You do your thing and let the future catch up to you. I was doing it semi-secretly for nine years and now there’s a hashtag for it, #zerowaste. I’m trying to move towards all organic colours, even though going all organic in Canada is very expensive. If I can move all my production to Bali we’ll be 100% organic. That’s always been my plan. There are artisans there. It’s beautiful and a great place to be a designer. If you can think of something there’s someone there who can get it done.”

Back in Vancouver the Downtown Betty Team are taking the line to new heights. Katie has recruited fellow Blanche Macdonald graduates Anna Burnett and Josie McGraw of Cold Pressed Media to boost Downtown Betty’s online presence while her three-woman design team ensures that ideas and production continue to flow.

“Design comes from desire,” explains Katie. “If I want something new, or something’s missing, we make it! We’ve started lines for kids and men. We try to have zero waste, so we looked at the fabrics we had left over and start making smaller clothes for kids. Male yogis told us that when they’re at the front of the class they don’t want their ‘situation’ to poke out. So we build a crotch panel on the inside of our men’s yoga pants to hold everything up.”

The future remains unwritten for Katie and Downtown Betty. The only certainty is that this inspirational designer will always follow her own path.

“A street/beach/yoga line means real living. It’s fashion minimalism for people with active lifestyles. You’re not limiting yourself. You can be flexible and do everything you need to do in your day.

“Everything we make is Cozy, Comfy, Sexy. Downtown Betty kills three birds with one stone! Even though I instantly regret using that expression. I promise we don’t kill birds!”