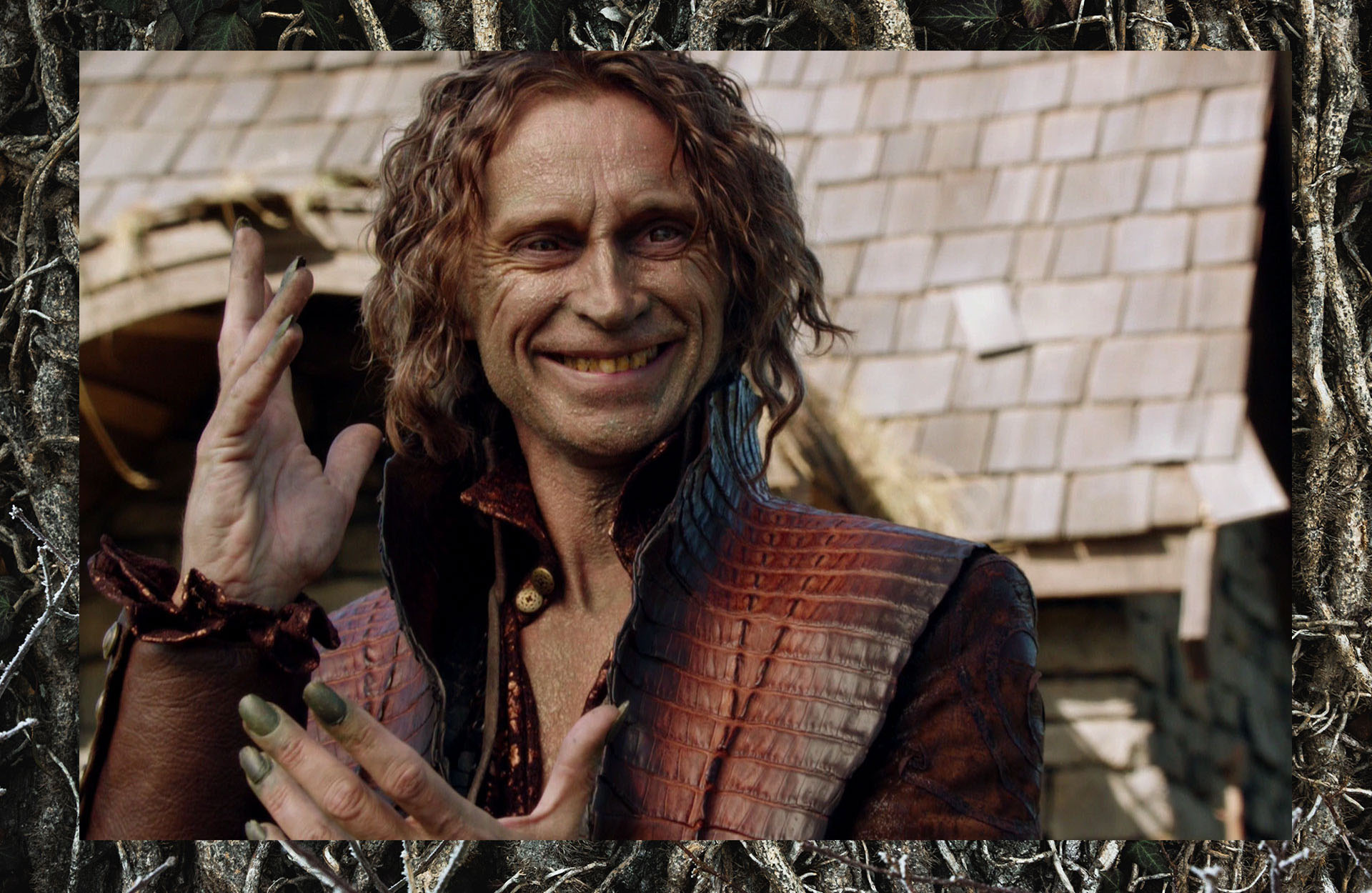 If you find yourself in one of Vanessa Giles’ classes on Canada’s best Makeup Artist Course, pay attention to every word. You never know when you’re going to be treated to a magical story from the daily adventure that is the TV and film industry.

“On Once Upon A Time I was working with Ginnifer Goodwin, who plays Snow White. In a horseback scene Ginnifer was knocked to the ground by a horse. Our lead lady literally flew face first into the ground as hooves landed all around her! Ginnifer, being the trooper that she is, got up with her face covered in blood and the crew tentatively applauded her as she walked off to get treated. She asked me to accompany her to the hospital for stitches on her brow. It was up to me to calm her nerves about the prospect of scarring. I promised I’d do everything I could for her to continue shooting. We returned to the makeup trailer where I counter-shaded her swelling, covered her bruising, reshaped her eyebrow and camouflaged her bandage as best I could. She was able to return to set that same afternoon and I received flowers from production the next day for allowing them to keep shooting as planned.”

Vanessa’s always ready to save the day. The Blanche Macdonald Makeup graduate-turned-instructor has a dazzling résumé, working on blockbusters including The Chronicles of Riddick, Watchmen, Rise of the Planet of the Apes, War of the Planet of the Apes, 50 Shades of Grey, Sucker Punch, Star Wars: The Force Awakens, Night at the Museum 2 (which narrowly missed an Oscar nomination for Makeup), The Assignment with Sigourney Weaver, and the forthcoming Tully, where she was the personal Makeup Artist for the legendary Charlize Theron. Pretty impressive for someone who didn’t even consider herself an artist until towards the end of her high school career.

“I really wasn’t the best artist until I had an art teacher, Mr. Sandvoss, who showed me Georgia O’Keeffe’s work,” she recalls. “I’d never seen anything like that before. A switch went off in my head, and all of a sudden I could draw and paint.”

From that moment Vanessa knew she was going to be an artist. She just didn’t know what kind.

I went down to Blanche Macdonald to check it out and signed up the next week. I’ve been doing makeup ever since!

“I was building my portfolio but the work I was doing at the time was pointillist. I had to spend a lot of time alone to concentrate. I like being around people, laughing and interacting. I told my Mom this and she said, ‘Why don’t you do drawing, painting and sculpting on people?’ I went down to Blanche Macdonald to check it out and signed up the next week. I’ve been doing makeup ever since!

“The program incorporated all the elements I was looking for – drawing, painting and working with people. I had great teachers, including Jen Folk. The first time I saw myself with a white goatee in Jen’s class was hilarious.”

Blanche Macdonald provided Vanessa with more than facial hair and creative guidance. It also gave the young makeup artist the keys to the door of the TV and film industry.

“A career director called me and asked me if I wanted to work on an independent film called Horsey. One of my co-workers on that film was Leanne Podavin. We hit it off immediately. I thought that if this is the kind of person I get to hang out with, then this is a great job.”

She’d made a great start, but Vanessa was taking control of her own destiny, embracing new experiences and expanding her professional network.

“I sent out my résumé a lot. I would look through the phone book and cold call and fax photographers. It totally worked. I was doing beauty shoots and began working my way up the independent film circuit.

I encourage students to consider that their professional career begins the moment they come to Makeup School.

“I covered for another makeup artist for two weeks with a production company called Sodona Entertainment. They started offering me Department Head positions and I worked for them happily for many years. The one downside was that I was always hiring people with less experience than me. I wanted to work with industry leaders who had been on the big shows who I could learn from. As it was I was figuring things out on my own. On Lone Hero, I had to create full tattoo sleeves for Lou Diamond Phillips and keep them on him for a month. This was before tattoo transfers existed. I made stencils and did touch-ups by hand every day. And I made him wear saran wrap in the shower!”

Vanessa had a comfortable and prestigious position with Sodona, but she wanted to experience more. Job security couldn’t compete with the prospect of learning from the best of the best.

“I joined the ACFC West Local 2020 union and started Department Heading small TV series. I taught Lil’ Romeo how to shave for his series. I did another show called Skate, where I got to work with the world’s best skateboarders. I became an IATSE permittee and ended up working with Jen Folk on The Chronicles of Riddick. She would help me by telling me when to be invisible and when to make myself visible. It was wonderful of her to help me like that.”

It was on that set that Vanessa had the first of many brushes with Makeup Royalty when she was summoned into the trailer of the legendary Ve Neill.

“A group of us were working on necromonger women test makeups. Ve was watching what we were doing and would take over for a second, make these beautiful brush stroke adjustments, and we would follow her lead. It was so exciting: one-on-one tutoring with Ve Neill! The other fantastic thing about that show was that it led me to my friend and mentor for the past ten years, Victoria Down. Victoria brought me in as a second first assistant on John Tucker Must Die and we started working together regularly after that.”

It was the beginning of a beautiful friendship. As one of Victoria’s right hand people, Vanessa has been the Key First Assistant on War of the Planet of the Apes, The X-Files, Night at the Museum 2 and 3, 50 Shades of Grey, Big Eyes, Hidden, Superman: Man of Steel, Once Upon a Time, This Means War, and Percy Jackson and The Lightening Thief. Happy to share her talented assistants, Victoria recommended Vanessa to Rosalina Da Silva, who brought Vanessa into the fold for the explosion of creativity that was Watchmen and Sucker Punch.

“Most movies want less Makeup, but Zach Snyder, who directed Watchmen and 300, always wants more, more, more makeup! We created looks for Knights and Devil Girls on Sucker Punch and Zach kept asking for bigger and bigger, so we started busting out rhinestones, eyelashes and airbrushes. Which was amazing!”

Now Vanessa is sharing her expertise and stories with the next generation of movie makeup magicians in Blanche Macdonald’s classrooms. Her most important lesson is that no matter how great your work, it’s your professionalism that will take you into the top of the industry.

“I encourage students to consider that their professional career begins the moment they come to Makeup School. Let’s focus on learning to do makeup on other people and learning how to present yourself. You can have piercings and tattoos, but having the proper professional decorum will be what takes you far in the film industry. You have to work hard to succeed, but it’s possible. I taught at Blanche 15 years ago, and many of my students from then are now Department Heads.

“I’ll talk about some of the ‘personal’ body makeup on 50 Shades of Grey. Sometimes my students look shocked when I explain that you have to paint things other than faces. I try to prepare my students as best I can for what to expect. I want them to feel confident and excited to start working. It’s an action packed road ahead!”

If you do find yourself in one of Vanessa’s classes brace yourself for the highest levels of professionalism, techniques and, above all, stories that will challenge your TV and film preconceptions.