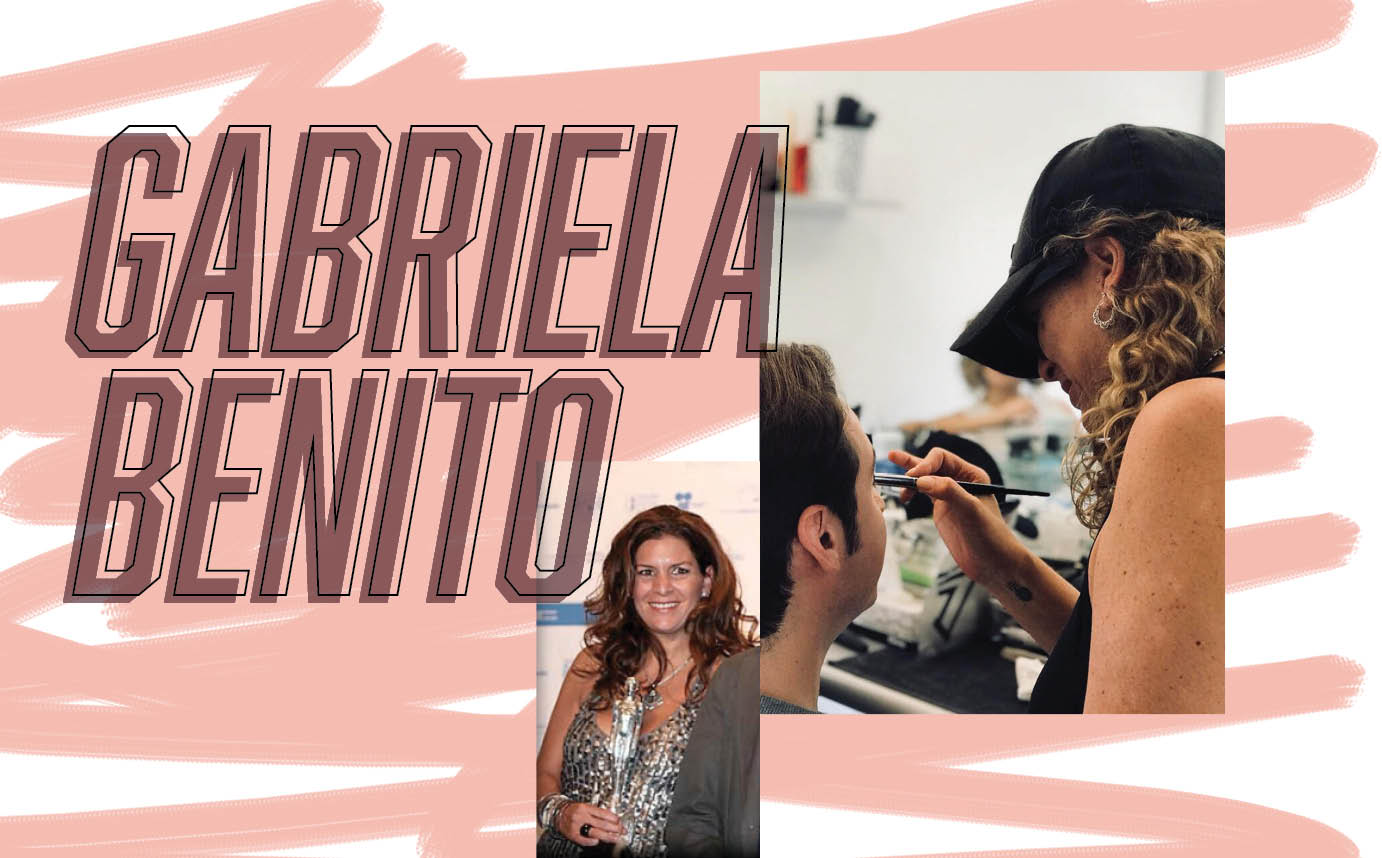 Why exactly would a working TV and Movie Makeup Artist take a break from a successful career to travel from Mexico to Vancouver and study Makeup at Blanche Macdonald? For Gabriela Benito, even the darkest cloud has its silver lining.

“I got hepatitis and was in bed for five months,” she explains from her home in Mexico City. “People would bring me magazines and I read an article saying that Vancouver was the best city in the world to live. I could see mountains and the beach and thought, ‘I have to move there!’ The moment I could get out of bed I left my apartment and moved to Canada!

“I assumed that my Mexican resumé would get me work. I soon realized I had no papers and wasn’t going to get any work. I knew I’d be in Vancouver for a year so I figured I should study. I looked around, found Blanche Macdonald and fell in love.”

Gabriela already knew how to be a professional makeup artist. At Blanche Macdonald she learned how to be a great Makeup Artist.

“It was amazing. I was like a sponge. I knew what the instructors were talking about. Before Makeup School I was taking a roundabout journey to solutions by myself. Now I could go directly from point A to B. Blanche Macdonald taught me the straight lines. I gained technique. I was faster. I was cleaner. I knew what I was doing. I loved Vancouver too, even though no-one had told me that it rained all the time!”

Makeup school was amazing. I was like a sponge. I knew what the instructors were talking about. I gained technique. I was faster. I was cleaner. I knew what I was doing.

Gabriela’s movie makeup artist career blossomed on her return to Mexico. She won an Ariel, the Mexican equivalent of an Academy Award, for her work on hit horror movie Kilometre 31 and went on to design the Makeup and Head Departments on series including International Emmy Award-winning El Vato and global Netflix hit Club de Cuervos. It’s been a remarkable journey for an artist who insists that her first step into Makeup was a beautiful mistake.

“I wasn’t artistic growing up,” she laughs. “I still can’t draw. I was studying international relations at university. I was going to be a diplomat. My Mom is a cosmetologist and she ran a few clinics. When I was 20 or 21 she needed somebody to be in charge of a new clinic she was opening and she begged me to take a two-month cosmetology course. I said, ok Mom, I’ll do it.

“I enjoyed Makeup but didn’t think for a moment it would be a career. My teacher said, you’re talented, call this person to take another course. That led to a TV and Movie Makeup course. The instructor was doing the Makeup for Miss Universe and asked me to join her team. That was an eye-opener! The first contestant I worked on was Miss Zimbabwe. I loved working on all these different ethnicities. That was when I finally understood beauty and when I started calling myself a Makeup Artist.”

I loved working on all these different ethnicities. That was when I finally understood beauty and when I started calling myself a Makeup Artist.

With minimal training but full of self-confidence, Gabriela was asked to work on a TV commercial and quickly found a place for herself as the go-to Movie Makeup Artist for a busy production company. When a Director asked her to head up a department for crime movie Todo El Poder, she figured, why not?

“I had no idea how to do continuity or break down a script,” she laughs. “The wardrobe lady guided me through it. Then the movie was a big hit!”

After a year’s professional training at Blanche Macdonald, she didn’t need extra help by the time she stepped on set for Kilometre 31.

“That was the first Mexican horror movie for a long time. I knew the director. They had a Special Effects team in place but they needed a beauty team for the regular Makeup so they called me! There were two of us in my team and we would spend our nights making the actors look terrified while the monsters were done by the Effects Department. It was definitely a joint Ariel.”

After the birth of her daughter, Gabriela decided to take a break from life as a movie makeup artist, focusing on makeup for commercials.

“The money was good but after eight years on commercials where my creativity was focused on doing makeup for Moms doing the dishes, I knew I needed to go back to film!”

The Mexican advertising industry’s loss has been the film world’s gain, as it was Gabriela’s creative brilliance that breathed character into the cast of international hit soccer comedy Club de Cuervos.

Movie Makeup Artists need to have technical skills but even if you’re the best artist, if you can’t make people comfortable I might not want you on my team. My best talent is that people like me.

“I had weird ideas for hairdos and looks. The actors and director let me do what I wanted. You show them what you want to do, but you make them think it was their idea. Some actors have definite ideas of what they should look like. I’ll say, I like that, but what about this? I’m very straightforward with actors. I start a conversation. What do you think? What’s your subtext? Let me show you some images.”

It seems simple, but that personal touch is exactly what she’s looking for when she’s recruiting new talent for her team.

“Of course movie Makeup Artists need to have technical skills but even if you’re the best artist, if you can’t make people comfortable I might not want you on my team. My best talent is that people like me. I’ll negotiate with the cast about how personal I can get! Actors say it’s a pleasure to come into my trailer. It’s fun and they can relax before working. I want people on my team who’ll respect the cast but aren’t star struck. We’re equals in this club. I can’t do this without you. You can’t do this without me.”

It’s been a wild ride, but Gabriela still gets excited about creating movie makeup magic.

Actors say it’s a pleasure to come into my trailer.

“Of course when I see it on the big screen I see every tiny mistake and I suffer! That’s part of the process but still, what was I thinking?”