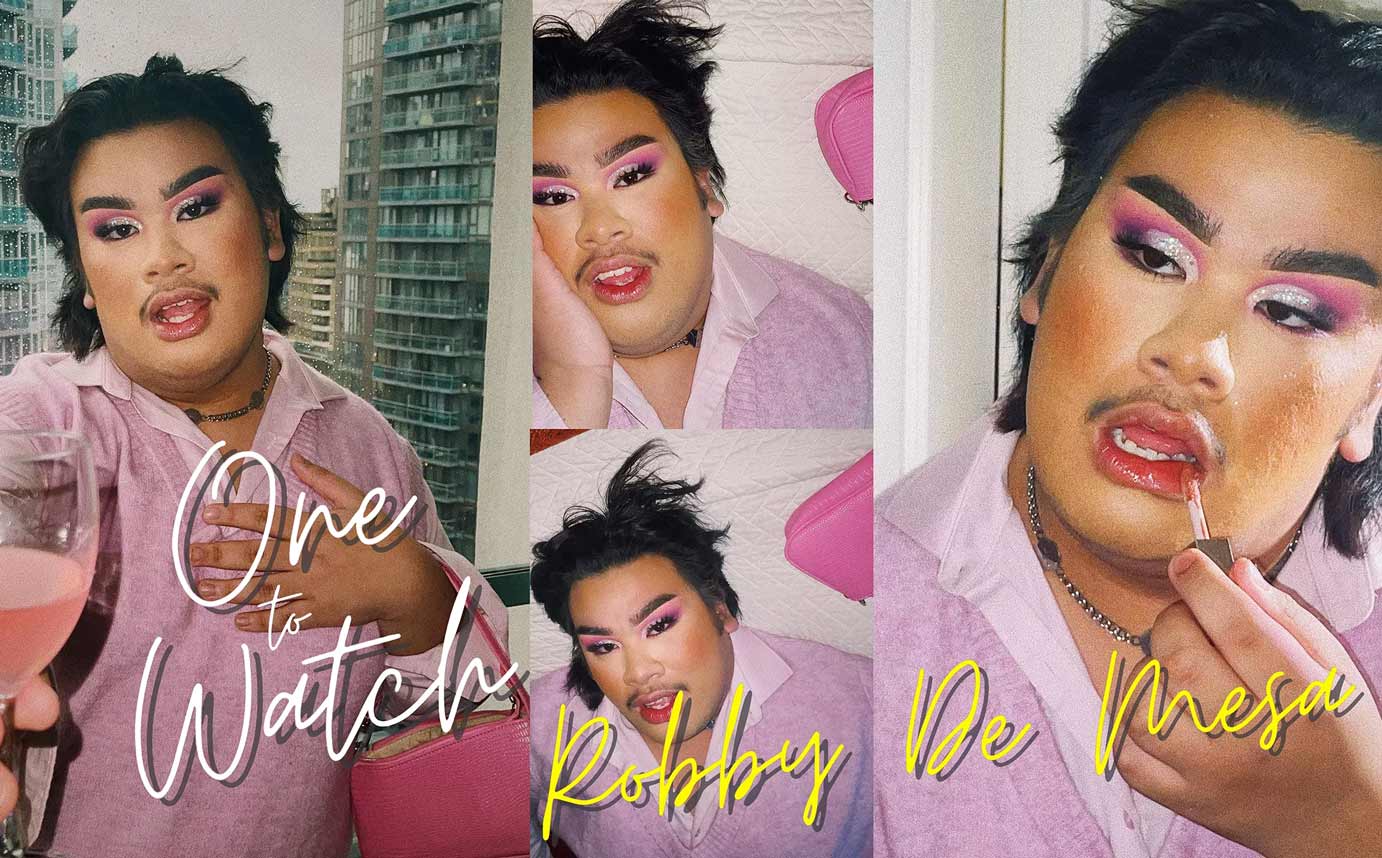 Upon meeting Robby De Mesa, two things stand out. One: his effervescent personality, and two: his flawless cut crease (a signature look). But if you talk to him a little longer, you’ll discover something else—a diehard love for makeup. If you aren’t convinced, ask beauty influencer Patrick Starr.

Though he started in Blanche Macdonald’s Global Makeup Program just three days after graduating high school, beauty wasn’t always a part of this Makeup Student’s master plan. “Initially, I thought I was going to go into fashion,” Robby explains. “I started doing makeup a year-and-a-half before I started at Blanche.”

When lockdowns started, Robby’s interest in makeup intensified. “I had more free time. I really wanted to push myself, so I started doing more artistic looks…and that’s when I fell in love with it. I was spending three to five hours doing a look,” he explains, “but the hard part was that my parents didn’t know…I was doing it at night. Sometimes, I would just be finishing as they were waking up.”

“A lot of the makeup artists that I looked up to are graduates. I went to the campus and did a tour…it was like everything I'd dreamed about. I think I knew immediately that Blanche was the school I wanted to go to.”

Even though his artistry wasn’t out in the open, Robby decided to apply for a highly-competitive place in a workshop led by YouTuber Patrick Starr.” I’ve always adored Patrick Starr,” Robby shares, beaming, “he inspired me from the beginning.” Robby was one of few selected for Patrick’s How to be a Beauty Influencer class. “One thing he said that I have never forgotten is, ‘I am proud of you, this was meant for you, and you are here for a reason.’ That really resonated with me. Someone I look up to saying that to me meant so much.”

With the confidence boost from Patrick, Robby finally decided to let his parents in on his secret. “I showed them all my makeup looks and they saw how passionate I was. They’ve been really supportive since. It was more of a me thing not wanting to tell them. I had nothing to worry about!”

“After falling in love with makeup, I thought it would be a mistake not to pursue it.”

With support from his parents, Robby decided that makeup was in his future. “After falling in love with makeup, I thought it would be a mistake not to pursue it.” The next step was finding the right school. “The first thing that interested me in Blanche was the alumni. A lot of the makeup artists that I looked up to are graduates, like Mimi Choi and Timothy Hung. I went to the campus and did a tour…it was like everything I’d dreamed about. I think I knew immediately that Blanche was the school I wanted to go to.”

Nearly a year later, Robby’s time in the Makeup Program may be drawing to a close, but his journey in beauty is just getting started. “I see myself going into makeup for fashion and celebrity makeup. Within the next few years, I’d love to move to LA and do makeup there. I just need to put in the work and make it happen.”