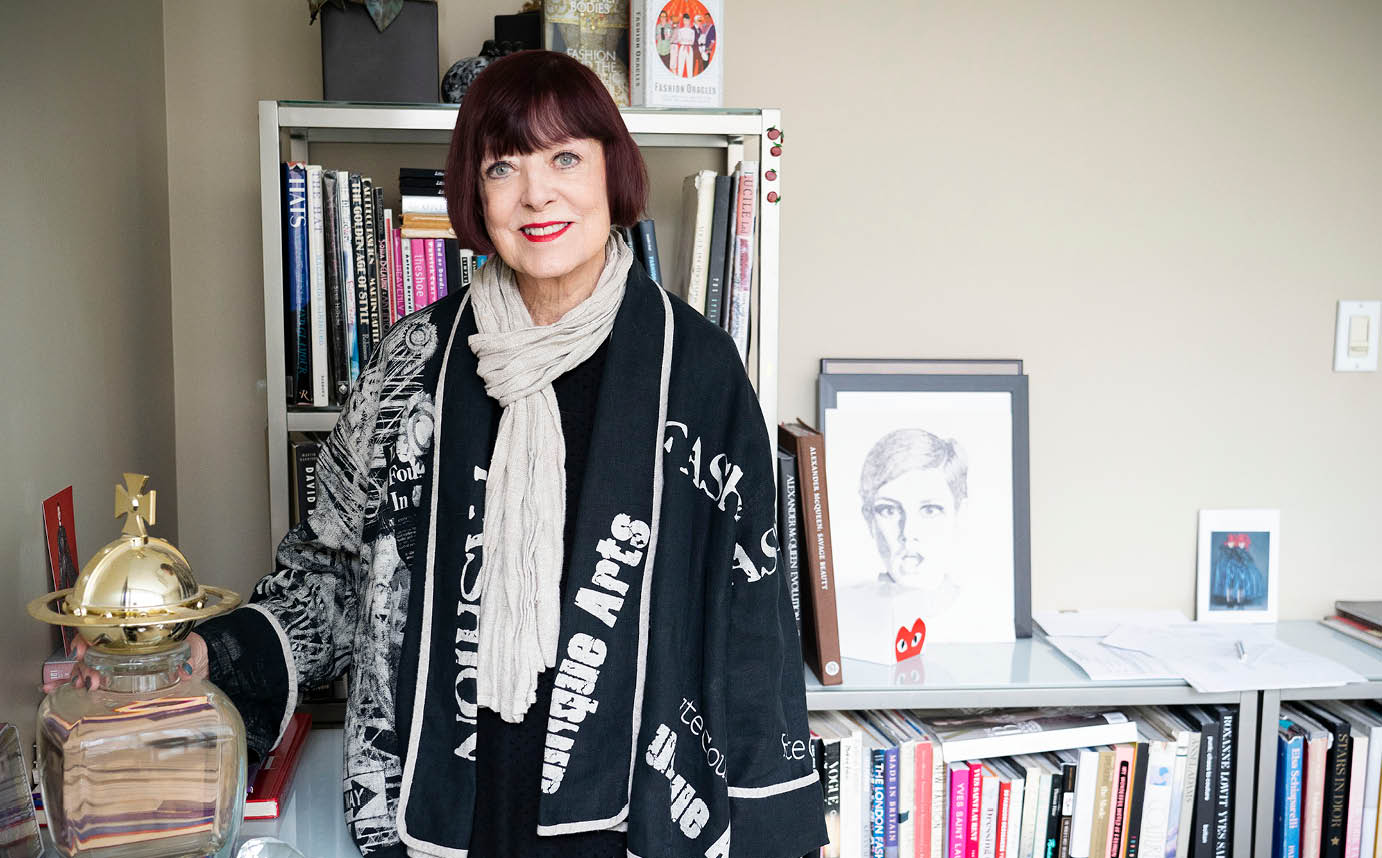 The chief matriarch of the Fashion Marketing and Fashion Design Programs, Peggy Morrison is a genuine visionary whose enthusiasm and encyclopedic knowledge steers the Blanche Macdonald ship. One theme that continually echoes through the profiles of our graduates is the respect, praise and gratitude they have for our fashion warrior. Peggy hails from Trail British Columbia. Despite it not being a traditionally recognized fashion hot spot, Ms. Morrison comes from a dynasty of eccentrically stylish women.

Peggy is etched into the very marrow of our school. After graduating with a Bachelors degree in French and English from the University of British Columbia, a serendipitous meeting led Peggy to a charismatic woman who encouraged her to enrol in a course on Individual Development at Blanche Macdonald Centre. Little did she know, that chance meeting would not only shape the next forty plus of her life but also mold the future of countless fashion enthusiasts.  Blanche Macdonald Centre has evolved significantly since Peggy’s first class on Individual Development but at its core the values are still the same.  Apart from a pair of short sojourns to Nanaimo and Victoria, Peggy Morrison has been rooted within the foundation of the Blanche Macdonald family for the last four decades evolving her role to the summit of BMC as our Executive Program Director.

Peggy currently teaches Fashion Awareness I & II as well as the Fashion Elements courses.  Her archival and ever growing database of all things fashion is a creative feast for any aspiring fashionisto. As a pillar in the Pacific North West Fashion Community, for Peggy seeing her fifth decade of Blanche Macdonald graduates work their way into the hearts of the fashion industry never grows stale.