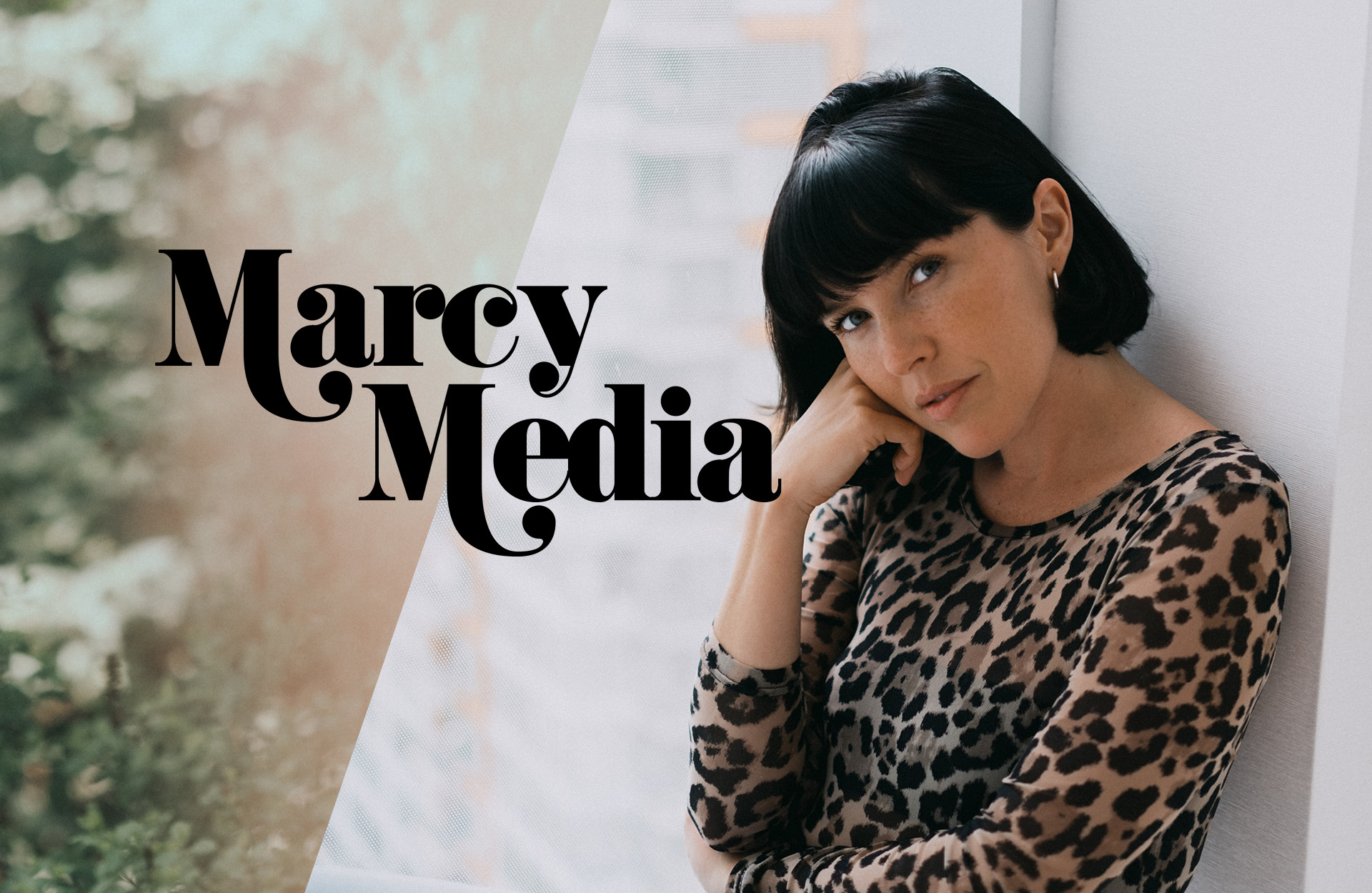 What do you do when you’re tired of your job and want to do something new? Quit your job and do something new! If it sounds simple, that’s because it is. Nicole Robertson made the simple yet scary decision and quit her full-time job in pursuit of her true calling which she has found as a social media entrepreneur. Now, she sits with her perfectly-freckled face topped with a bob and thick gold hoops; wearing a nearly sepia-toned leopard print onesie which harkens to her personal aesthetic in the most real way—“a vintage California meets Australia vibe.” Happy to delve into the background of her business venture, Marcy Media, just how many times she gets called ‘Marcy’ (it’s a lot), and how she’s managed to set herself apart in the ultra-saturated sphere of social media and photography, Nicole takes us back to 2010 and the beginning of her story.

She’d been living in Australia, right on Bondi Beach, with a close friend who worked for a designer and encouraged her to pursue her love of fashion as a career. Already harbouring a love of vintage clothing, “I was actually going to open up a vintage store when returned home to Winnipeg,” Nicole explains. It was this first glimpse into a life of fashion that got Nicole thinking of ways to turn her passion into a career.

“Once I got back to Winnipeg, I knew I wasn’t going to be able to live there forever, let alone open a store! I was about 22 then and I thought ‘OK, if I’m going to move elsewhere, it has to be strategic.’ I chose Vancouver because it was most similar to Sydney but still within Canada and not so far away from my family.”

I didn't know a soul in Vancouver but it didn't take me long to meet some pretty amazing people. Our class was super tight and we had so much fun!

The city was decided. Now Nicole had the daunting task of figuring out just how she was going to mix fashion into her future and where that instruction would take place.

“I found Blanche Macdonald and it was very exciting. I moved to Vancouver in October and I started my Fashion Marketing program that same month. I didn’t know a soul in Vancouver but it didn’t take me long to meet some pretty amazing people. Our class was super tight and we had so much fun!”

But, as Nicole soon discovered, the fashion industry was much more massive than she expected. And with limited contacts and a desire to stay near Vancouver, it was difficult to pinpoint exactly where she felt her career lay. Enter Blanche Macdonald Fashion Career Director supreme, Mel Watts.

“I was in a meeting with Mel all.the.time. I was always like ‘Mel! What am I going to do?!’ and she was always so helpful. She gave me this very genius concept which I still think back on today. She told me ‘Don’t scatter yourself. Pick a career direction and go with it. From there, you build contacts and you advance further, quicker—and eventually, you’re there. You’ve built your career.’ That has been such a help to me—even now, years later.”

And so, armed with Mel’s inimitable advice, Nicole decided to set her sights on a career in the fashion wholesale industry.

“I researched agencies that represented my favourite brands and I got hired at my first (and only) pick, YBrands. I was really lucky!”

Fast forward three and a half years later, Nicole had conquered the world of wholesale thanks to the teachings of her experienced and respected boss, Kathy Sinclair. It was time to find her next venture.

“I’m the kind of person who needs to be learning all the time. I loved my job and working for Kathy. I had all the freedom that comes with being at a job for three years but I was just too comfortable. I knew I had to take a risk and push myself—I just didn’t know what that would look like for me. So I quit my job and travelled Europe for two weeks with my best friend.

I call myself an accidental entrepreneur. I knew I had the spirit but never had enough direction to know what that business would be.  It’s incredibly intimidating at first, but once you decide to just do you, opportunities will come your way.

“When I came back, I moved to North Vancouver with my now-husband and there was a local community website that was just starting up. They were accepting freelance articles and so I thought ‘I’ll just try my hand at writing.’ From there, I started doing their social media and through that I got another client who had seen my work. And then the light bulb went off ‘If I get enough clients, I could make a living out of this’”.

With two clients almost immediately, Nicole began to think that this avenue just might be the ‘something new’ she’d been looking for.

“I was doing photography and content creation and then people started reaching out to me for photography for their social media platforms. From there, it’s grown into a full business with two separate outlets, social media and photography. I call myself an accidental entrepreneur. I knew I had the spirit but never had enough direction to know what that business would be.  It’s incredibly intimidating at first, and hard not to compare yourself to others, but once you decide to just do you, opportunities will come your way.”

“I knew I was going to get married and I wanted to keep a token of my maiden name, hence why I called my company ‘Marcy’ Media. You wouldn’t believe how many people e-mail, DM, and call me ‘Marcy’. It’s pretty funny but I don’t blame them.”

It’s been nearly three years since Nicole had her ‘accidental entrepreneurial’ moment and it’s been non-stop since. From Rogers Foods, “They were my second client. We’ve really been able to grow together and they trust me. That account is my baby!,” to Gentle Fawn, Nicole has her pick of all sorts of global brands.

“It’s just like in wholesale,” Nicole explains, “you have one denim line, one knitwear line—you don’t want competition but complimentary brands. From a food brand to a trendy restaurant to a realtor, it’s all the same rules for a media agency.”

And the Fashion Marketing diploma she worked so hard to get? It comes in handy nearly everyday, she says.

“There’s always stuff that translates. I had to style a shoot the other day and I was remembering what goes into a stylist’s kit. Fashion Elements has been huge for me, especially when speaking with fashion brands, I know my stuff. Fashion decades too—knowing your eras is so important for creative photography.

“The biggest skill I got through Blanche was learning Photoshop in Art and Technology.  The training I have from Blanche Macdonald is the only Photoshop training I have! I remembered absolutely everything. Vicky taught our class and I absolutely loved her.”

I decided that instead of building my portfolio on me trying to be like other people, I was going to build it doing exactly what I wanted. And man, is it liberating!

Her website describes her as a ‘Jack of all Trades’ when it comes to social media—and it isn’t wrong. From the admin duties to being on set on shoots, to creating and posting content, it all rests on Nicole’s shoulders.

It’s exactly this sense of humour and creativity that can set her behind 15 minutes that her clients love about Nicole.

“I focus almost solely on the creative aspect— that’s my strength and that’s what my clients appreciate about me. I pick a theme for them and their brand and I roll with it in a way that’s welcoming to their targets, not pretentious, yet cohesive and on-brand. It can be a challenge!”

Despite the responsibility and challenges, Nicole is living her dream life with the world she’s created with Marcy Media (Instagram: @marcymedia).

“It’s so empowering and I’ve grown so much. When I started I made a promise to myself that I wouldn’t compare myself or my work to others. It’s such an easy thing to do nowadays. Of course I still have my moments but I decided that instead of building my portfolio on me trying to be like other people, I was going to build it doing exactly what I wanted and man, is it liberating! After working for other people so long, I’m doing what I want. Making it, doing it, and putting it out there all by myself.” 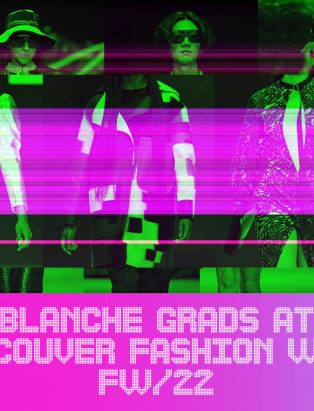