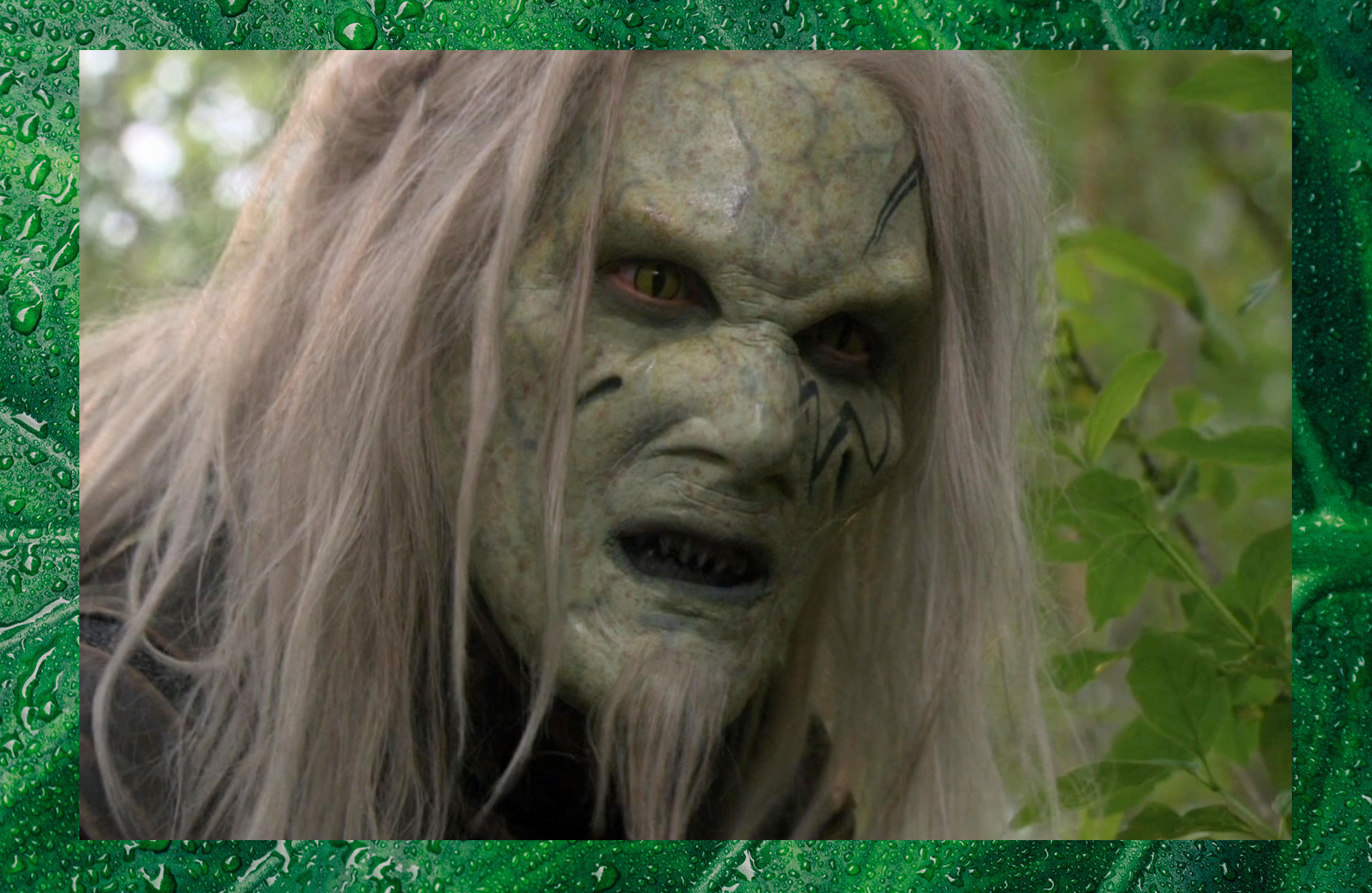 From a Vancouver basement to the sets and FX shops behind global hits like The X-Files, Millennium, Stargate, Supernatural, Fringe, Once Upon A Time, Battlestar Galactica, Falling Skies, iZombie, Lone Gunman, Harsh Realm and countless others, Special FX Makeup superstar Rachel Griffin has proved that passion and practice can turn a fan into an industry insider. 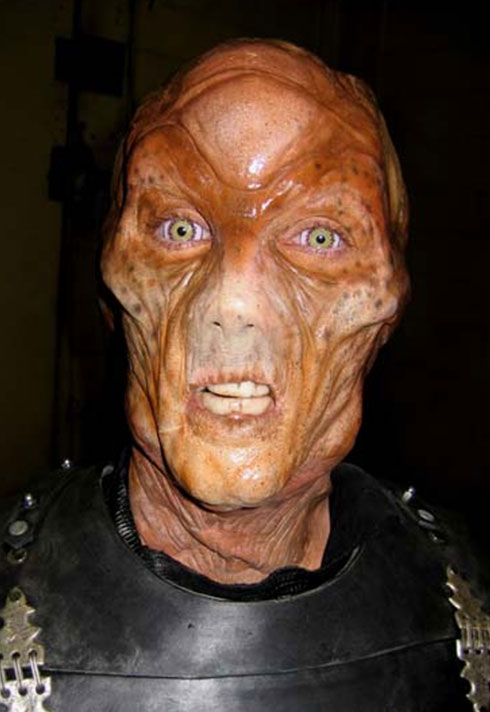 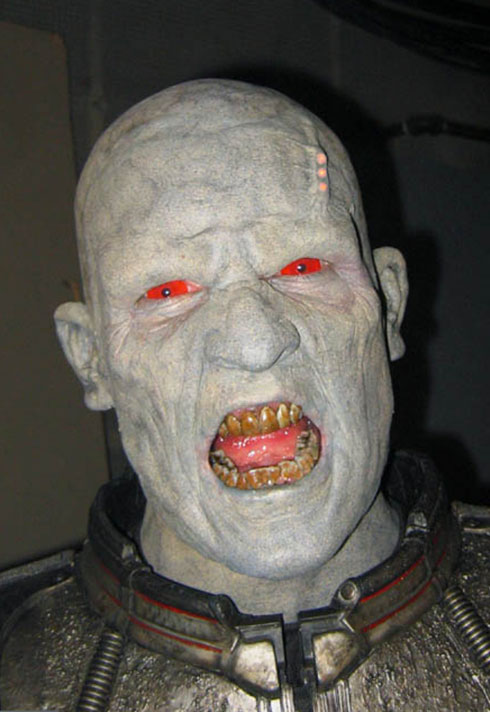 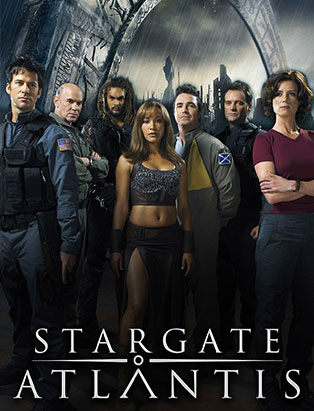 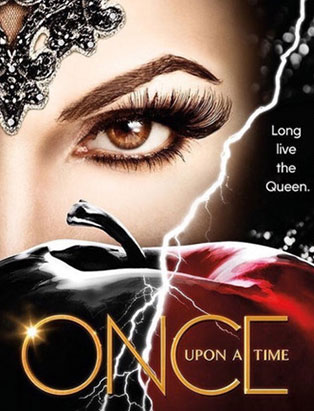 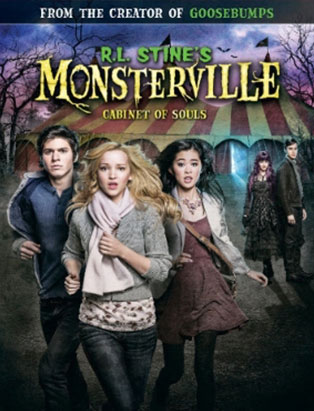 “I blame it on my father,” laughs Rachel, relaxing in a classroom at Canada’s #1 Makeup School, her home base for inspiring the next generation of makeup magicians. “I grew up on a steady diet of cheesy sci-fi. We’d watch things together like Star Trek, Lost in Space, Land of the Giants, Time Tunnel and Dr Who. When I was 16 or 17 Dad took me to see Star Wars. After that I knew I wanted to do something in film.”

Blanche Macdonald is a great school. It’s full of industry professionals. I teach what I’ve done on set and in the shop on class, exactly how we’d do it in the film industry.

Rachel’s done more than “something.” She’s become a fixture in the Vancouver Film and TV industry, starring in the city’s most creative FX shops and continuing to be producers’ favourites when they need an experienced hand on set. It’s more than a job to Rachel. She’s doing what she’s always loved.

“I’d watch sci-fi shows and think, how do they make these things? So I started buying special makeup effects books like Tom Savini’s Grand Illusions; that’s a bible for makeup effects people. I had a lab in my Mom’s basement! I made a little Star Wars movie in my bedroom with the toy figures and a Super 8 camera. I basically learned what not to do.” 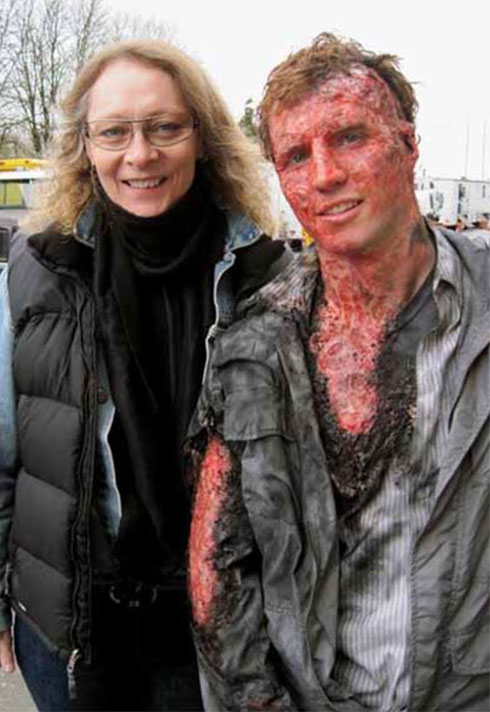 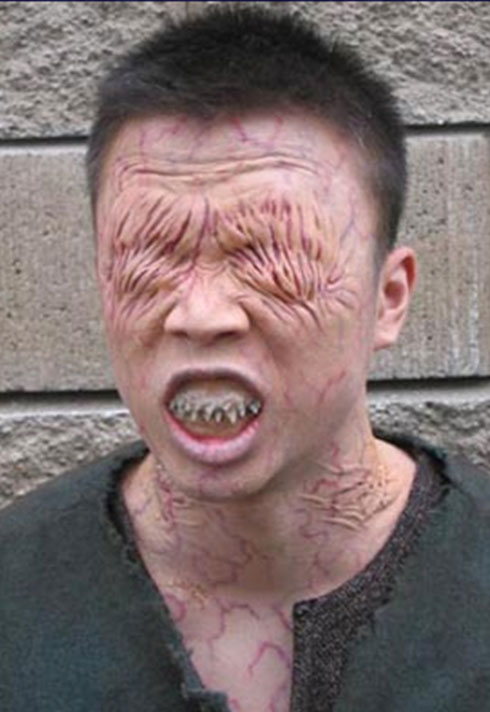 If at first you don’t succeed, try harder. At the time there were no Special Makeup Effects Artist courses in Vancouver (not until Blanche Macdonald incorporated them into our programs) so Rachel continued to work on her craft in her Mom’s basement, creating opportunities for herself by distributing her business card around the city’s few film schools.

Vancouver’s film industry was taking its first baby steps back in the 1980s. Aware that opportunity was unlikely to come knocking, Rachel decided to kick the door down.

“I called myself ‘The Foam Latex Surgeon, Your Doctor of Disguise!’ I had a portfolio I would carry around with me. I eventually ran into Todd McIntosh on Hastings Street and introduced myself. He took my number and one day he gave me a call out of the blue, asking for help on an A&W root beer commercial. He had a lab in the basement of his house and I helped him make prosthetics and dentures for the cavemen in the commercial. We filmed in Porteau Cove, and I remember the reaction of people we drove past on the highway from Vancouver, staring at the cavemen in the truck with us. It made me think, this is a neat thing to do!”

Vancouver didn’t have the industry infrastructure to support full time Special Makeup Effects Artists back then. That didn’t deter Rachel, who opened her own FX Shop, Underground Effects.

I bring my experience to the classroom. I used to get emails all the time from prospective students asking what they should look for in a school, and I’d always say the most important thing is learning from industry professionals.

“The fire inspector arrived, and that was the beginning of the end of Underground Effects,” she laughs. “But through that I’d met Toby Lindala, Bill Terezakis and made friends with a lot of the people doing Special Makeup Effects in Vancouver. Halfway through the first series of The X-Files Toby Lindala called me up and told me he needed some help. I’ve been full time in film and TV ever since. I worked on Supernatural since the first episode. What a great show! We did a guy whose face had been ripped off last season. I’ve done eyes that have been blown out a head. Even if my work is only on screen for a fraction of a second, I still want to make it look great.”

Equally enthusiastic on set or in the FX shop, Rachel’s versatility enables her to enjoy the best of both worlds.

“Jan Newman had hired me to do regular makeup for Stargate, when Todd Masters approached me to work at his FX shop for the same show! It’s nice to do a combination of both aspects of Makeup Effects. When I started working on The X-Files and Millennium I would help with the designs, sculpt and mould the prosthetics and then take them to set to apply them to the actors. Nowadays those are two jobs. Set life has a whole different list of demands. You’re there all day, keeping an eye on your makeups and cleaning things up after the actors have been eating. The shop is a little more relaxed, even though I do go through set withdrawal when I’m not there for a while. I like an equal balance of both, and now I enjoy teaching too!” 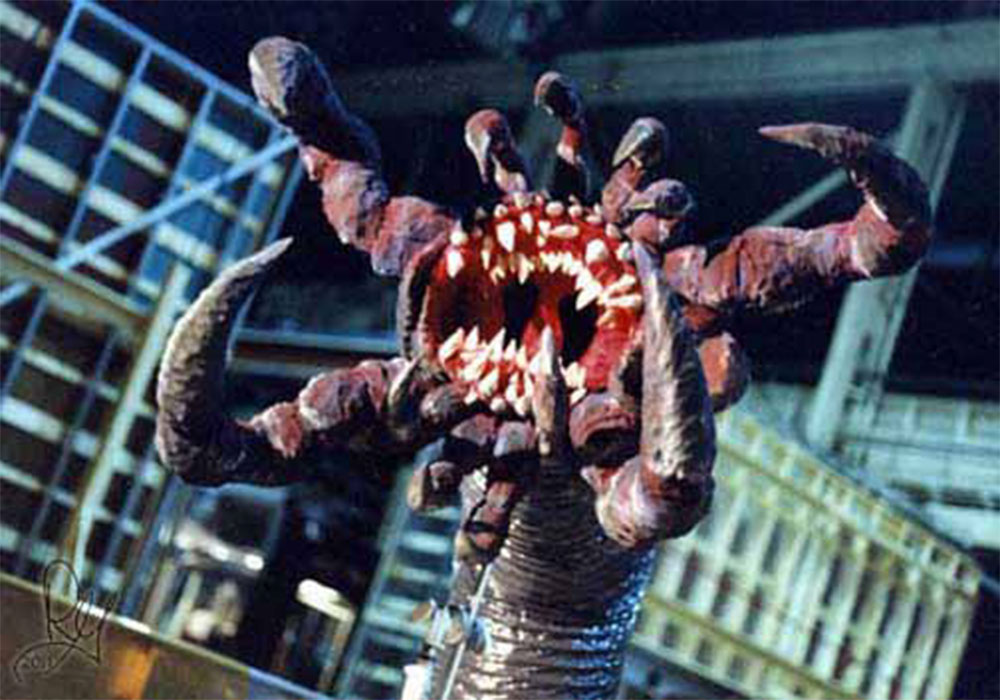 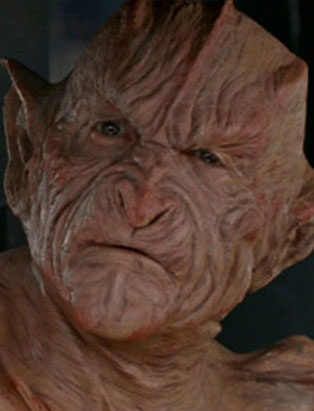 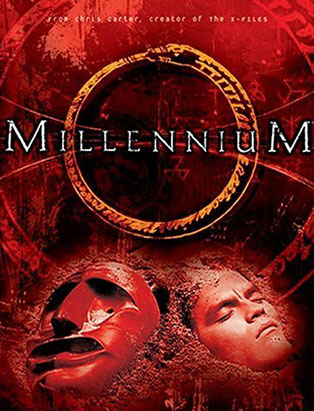 Students at Blanche Macdonald are also enjoying it, learning what it takes to succeed in the highly competitive TV and Film Makeup business from an Artist that has done it all.

“I bring my experience to the classroom. I used to get emails all the time from perspective students asking what they should look for in a school, and I’d always say the most important thing is learning from industry professionals. You’re not being taught out of a book. You’re getting the benefit of someone who’s been on set and lived it. You not only have to be good, you have to be fast. When I’m working on Supernatural, they’ll always say ‘it’s Rachel, she can do it in 20 minutes!’ I tell my students to get good first. Then work on your speed.

“Blanche Macdonald is a great school. It’s full of industry professionals. We’ve all been there and done it. I teach what I’ve done on set and in the shop on class, exactly how we’d do it in the film industry. I try to make my classes as close to being in a studio or on set as possible. Time management is huge in this business. If you miss a deadline in class you lose marks, but if you miss a deadline professionally you won’t be working for long! There’s no messing around.”

Having utilized her talents at beauty and effects makeup throughout her movie adventures, Rachel understands that the more skills students have under their belt, the further they can take their own careers.

“It comes down to colour. When you’re doing beauty makeup you’re choosing a colour foundation. With prosthetics you’re picking a colour too. You’re painting the life into it. Todd McIntosh led the Makeup Team on Buffy the Vampire Slayer. In the morning he’d do the prosthetics and in the afternoon he’d do the beauty makeup. If you can do both yourself that’s another person they don’t have to hire. And more work for you! In the commercial and independent worlds you’re probably going to get hired over the person who doesn’t have the extra skill. I teach Photoshop too. If you’re interviewing for a movie it’s very impressive for directors and producer when you can pull out Photoshop designs to show your ideas. You’re showing them that you have skills and the enthusiasm to go that extra mile.” 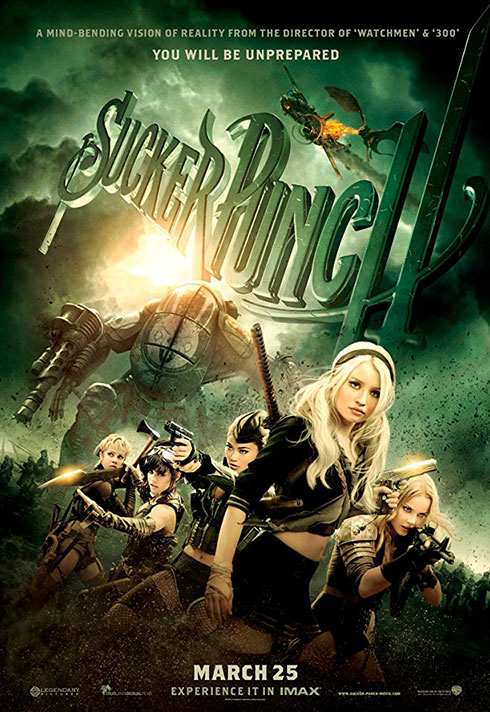 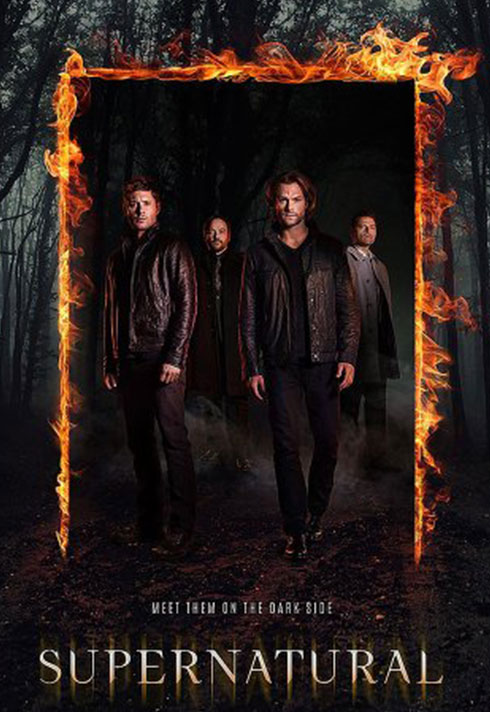 “I love it when I see a student’s light bulb go on and they finally figure it out. They’ll go from a confused frown to a smile. I love that moment of discovery.”

Blanche Macdonald students are getting more than expertise and experience. They’re receiving daily doses of inspiration from an industry insider whose inner nerd is still alive and kicking.

“On the first day of Millennium I was painting a headless body when Lance Henriksen, from Aliens, started chatting with me. His wife was a Makeup Artist and we hit it off. After that we would chat like normal pals. It took me years to ask him for an autograph!”