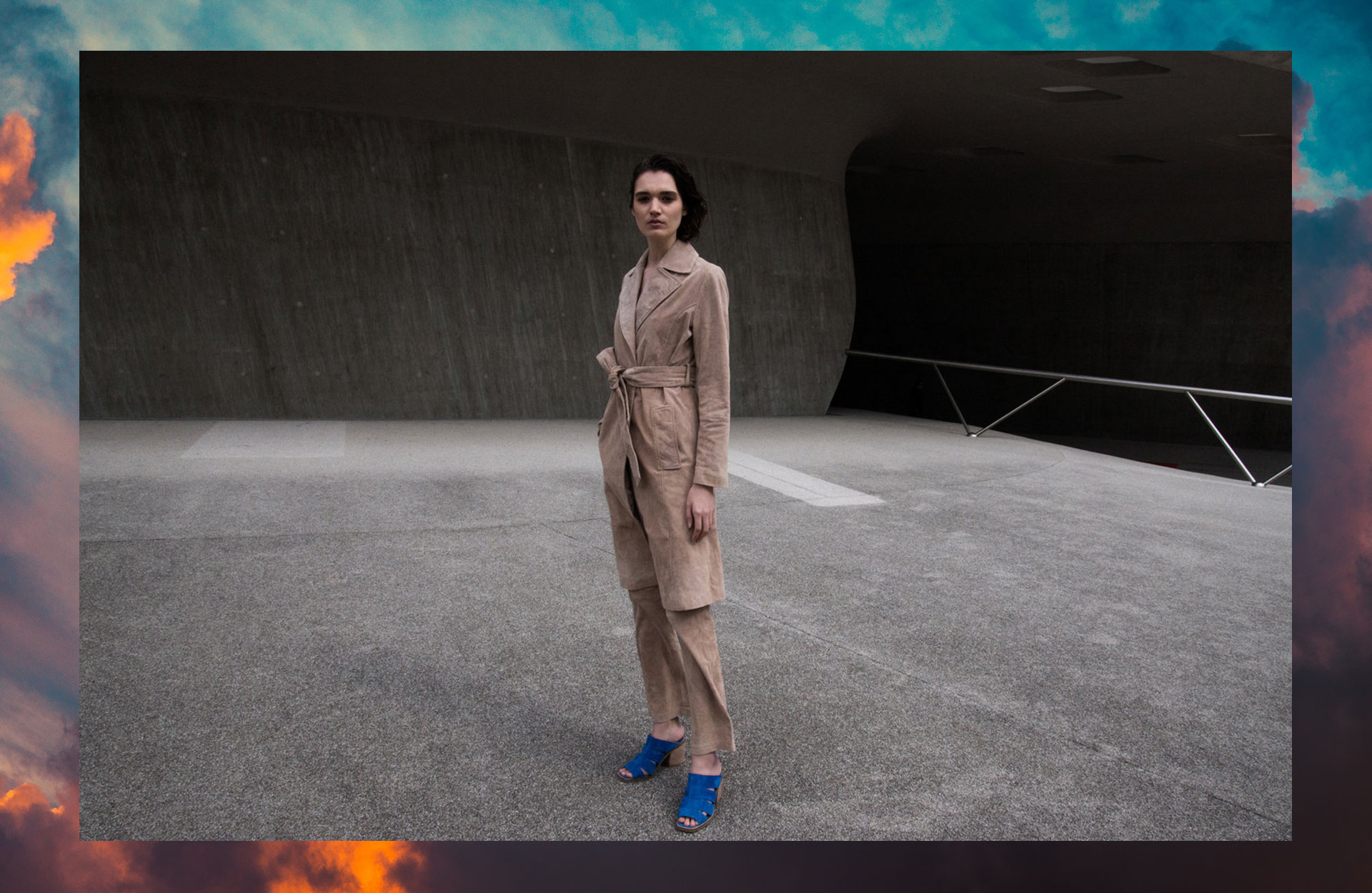 Three years ago, Sarah Danniels was facing a dilemma about her future. She had earned her degree, travelled around the world and was coming back to Canada less than thrilled at the prospect of returning to the music industry job she’d left behind.

“People told me that I should be a stylist,” she recalls. “I thought, ‘Do people actually do that? Can you really make enough money to live doing that?’”

Sarah has answered her own questions. Today, the Fashion Marketing graduate is a Top Canadian Stylist, with a long list of clients including BC Health, Fairmont Hotels, L’Oreal, Esquire.com, Perfect Wedding Magazine and TV Week, and a fast-growing reputation that’s led to an editorial of her own in Zink Magazine.

“I get to do a different thing every day!” she smiles. “Nothing is ever the same. In jobs I had in the past I would get so bored so fast. I wanted a job that would be different every day and I found it. Different people, different clothes, different places. I’ll go from one day of shooting high fashion couture to styling a bunch of kids in pirate hats. You can still leave your touch on it, even when it’s not obviously fashion. I love being creative and I love the concepts behind the business like branding and marketing. I love working with celebrities that are just starting out, sitting down with them and asking them what they want to look like and what they want people to think of them.”

It’s only natural that Sarah has ended up styling celebrities. She’s never been star-struck; a quality that comes from growing up in the music business. She won’t mention it unless you ask, but Sarah’s father has been the manager of Canada’s greatest rock band, Rush, for the last 40 years.

“Growing up gave me an insight into what stylists were doing with artists, although Rush never use stylists. My Mum was a model, so I grew up with fashion around me. I’d go into her closet, full of ex-model clothes, and walk around in designer stuff in my days off from school.”

Sarah moved to Vancouver and was working for a small music management company after completing her degree. With no budget to hire stylists, Sarah often ended up doing the job herself. And when she returned to the city after spending the best part of a year travelling, she decided the time had come to prioritise fashion over music.

In terms of reputation and what everyone said, Blanche Macdonald was the best Fashion School in Vancouver to go to.

“I did some research, and in terms of reputation and what everyone said, Blanche Macdonald was the best Fashion School in Vancouver to go to. I knew that the teachers and career directors were in the industry and would help me get out there.

“I made it clear from the start that I wanted to be a stylist. I met Mel Watts pretty soon into the program, and she got me into dressing at fashion shows. I was doing volunteer work from Mel right from the beginning. I had my first paid job in that first semester, doing testing shots for an agency and their new models. I brought four hockey bags full of clothes. Ten models came in and bust everything out. Mel’s basically been my agent. She still helps me out and calls if there’s something she thinks I’m suitable for.”

Sarah had always liked fashion. When she started exploring a little deeper, she began loving it.

“Peggy Morrison’s classes were awesome. I don’t know if that’s just Peggy or what she was teaching us. It kind of made me more obsessed. I learnt something, then went home and wanted to learn more. Anything about the history of fashion or design awareness really helps me, being able to pick up a piece of clothing and know what the history of that garment is. Tyler Udall taught us what the industry is going to be like when we get out there. Hearing his stories, what he’d been through in London and New York, was insane. And I think about Donna Baldock’s classes on fabrics all the time. I can tell you what anyone’s sweater is made from or what knit it is. That’s so helpful. I still use that knowledge every day.”

With Mel Watts’ help, Sarah was busy volunteering and making connections throughout her year at Fashion School. She had the talent, the knowledge and, most importantly, the attitude to make her an indispensable name in clients’ contact books. Professionalism, as well as knowledge, was an essential part of Sarah’s fashion education.

“There are hundreds of people in Vancouver who can style; people just as good as me. But they don’t all have the etiquette and attitude that people want to be around on set for up to 20 hours a day. The last thing people want is for you to be sat in the corner on your phone, not being part of it and not having the full commitment. I’m super-professional. I’m easy to be around. I’ll listen to what people have to say. If I think something can be done better I’ll voice my opinion, but I’ll make sure I do it in a way that’s not disrespectful. I know when it’s my place to talk and when it’s not.

“When I was at Blanche Macdonald I was always emailing and cold calling photographers, pushing myself out there. I had a lot of volunteer work and experience under my belt when I graduated. I wasn’t someone who needed to intern more. I’d already done an internship with They Rep. I’m still close with them, and they still call me. I was just in Toronto with them. I made sure I built those relationships when I was in Fashion School.”

Those contacts became clients after graduation.

“One of the biggest things I’ve done, which came through Mel, was a not-for-profit company that worked for BC Health. It was an ad for a sex health program in high schools. That ad is still in buses. I did that job in my second semester and they’ve hired me back several times since then. When you get that second call back, that’s when you know you did a good job.”

An eye for a cohesive look is a must for any stylist. So is a willingness to hustle. The hard work doesn’t just happen on set.

“Being on set is maybe 50% of styling,” laughs Sarah. “I have batted my eyes at a lot of store owners and said, pretty please. One of the things people don’t realize about styling is the importance of the relationships you’re building with designers and stores. They’re giving you their samples. And they usually don’t have another one. Stylists and designers should work together, right? They want to get their stuff out there too!”

The Top Canadian Stylist works full-time now, splitting her expertise between editorials and commercial shoots for clients in and outside the fashion industry.

“I aim to have at least two shoots a week,” she explains. “Anything more than three shoots is hard in terms of pulling clothes beforehand. The shoot day is one day, but you have the day before for pulling and the day after for returning. So a one-day shoot takes three days. And there’s researching and finding the right clothes. Stores all have their own policies. For example, you can’t have an item during weekends or for more than 24 hours. I’ve been so close to stores’ 24-hour loan limits that I’ve been on shoots sending assistants running back to stores while we’re still shooting. You have to be super organized, but it always falls into place.”

Fashion is still Sarah’s passion. It always will be. But that doesn’t mean that commercial clients don’t come with benefits too.

“I assisted on a job for White Spot. That was awesome,” she laughs. “I helped a prop stylist from They Rep do a photo shoot to promote Pirate Paks. I had to find vintage cameras and Indiana Jones hats. It wasn’t that fashiony, but it was a lot of fun.

“They do a good veggie burger too!”