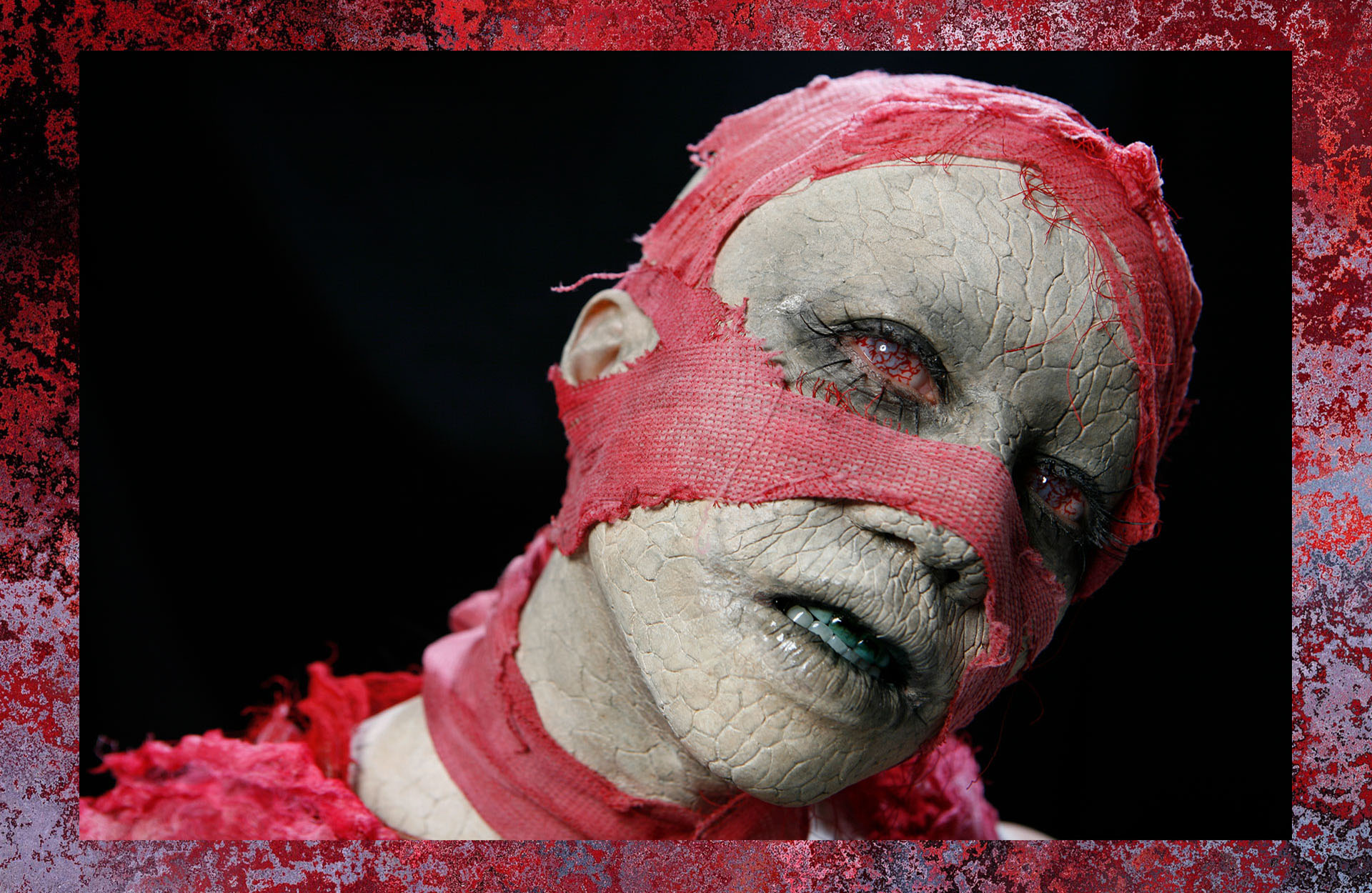 Makeup Artist Céline Godeau stands out from the crowd as Gemini Award Winner!

There aren’t many Vancouver Special FX Makeup Artists like Céline Godeau. Sophisticated Goth, Gemini Award winner and creator of her own range of professional makeup products; the quality of her résumé is only matched by her enthusiasm for the job. But Céline always stood out from the crowd. Growing up in the countryside around Vancouver, she was inquisitive, academic, artistic and blessed by a unique sense of self-expression.

“When I was really young I’d take the black soot from around our fireplace and put it around my eyes,” she recalls. “I can’t tell you why. It was an urge from within. I remember seeing punks for the first time at the end of the ’70s. It was the first time I’d seen coloured hair and Mohawks. I was compelled and intrigued. I would make eye contact with anyone who looked shocking and it would freak my parents out.” 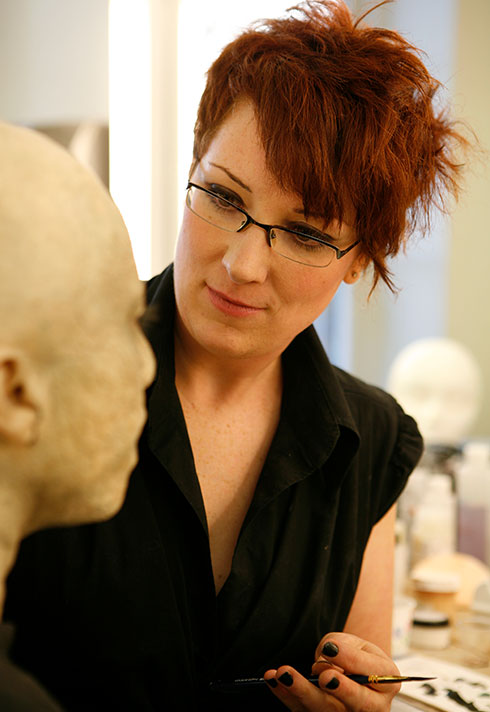 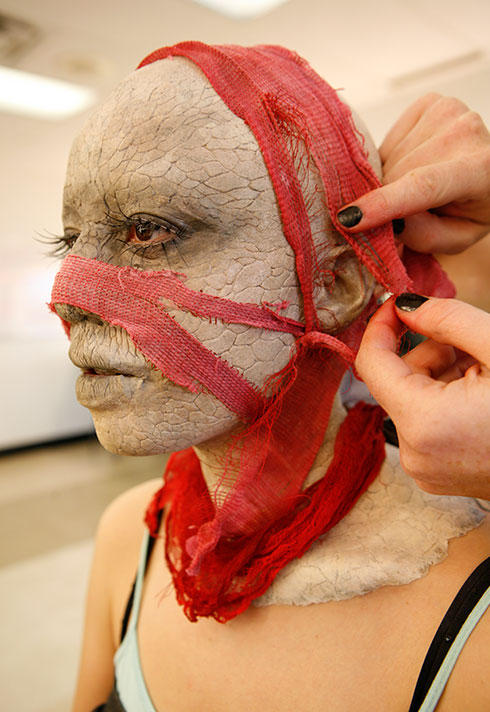 Céline eventually moved to Toronto, where she became involved in the city’s Goth scene, modelling, styling and doing makeup at fashion shows. Job offers rolled in, and when Céline was approached to work on a Goth character for a TV pilot she realised what had started out as a hobby could turn into a career. She declined the offer, returned to Vancouver and enrolled in the Global Makeup Artistry Diploma Program at Blanche Macdonald Centre.

“At Blanche Macdonald it was like a window opened,” she explains. “I was able to see the career options open to me that had never been discussed before. I realized that all my interests linked up and made perfect sense here, even my interest in medicine, archaeology, and true crime scenes.”

“As soon as I got into prosthetics and saw that it involved sculpting, life casting, mould-making and air-brushing my mind went crazy. I was instantly drawn to that direction. I realised that with a lot of wonderful character makeup, you wouldn’t even realise it was makeup. You don’t see the makeup, you see the character. It’s a paradigm shift realising that with good makeup – you don’t even see it right away. Even before I graduated I tried to find out what was the best step to take to continue doing it.”

At Blanche Macdonald it was like a window opened. I was able to see the career options open to me that had never been discussed before.

On the rare moments when Céline isn’t working on a major film or TV project, currently she is working on Reaper and has just wrapped Night at the Museum 2, she somehow found time to create her own range of film makeup projects, The Lab of Godeau.

“As a Vancouver based makeup artist sometimes we don’t have the option of purchasing things available in other established film areas,” she explains. “Out of necessity as much as passion I started creating products that were really useful. Everything from sealers to mouth stains that looked and tasted good. It’s all natural. When you work on a lot of different faces and different skin you have to be conscious of allergies and different requirements people have. Sometimes it’s personal choice – a lot of products contain animal products and some people don’t want any of that. When I started looking at what it took to formulate them I realised that there were options that involved no chemicals or animal products. I didn’t need to be a chemist to formulate them. 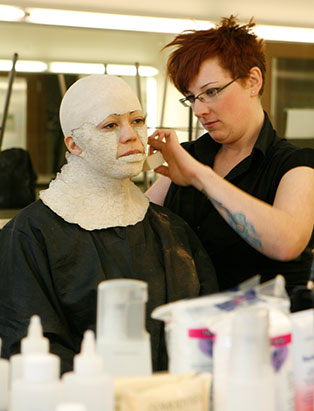 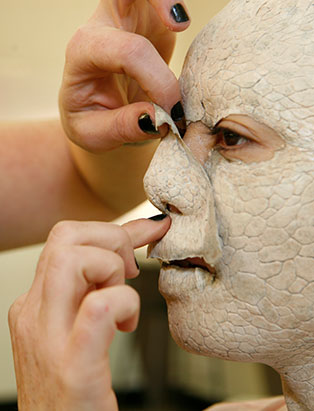 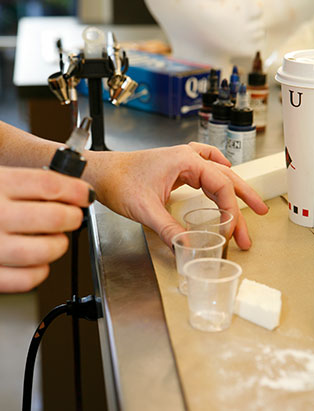 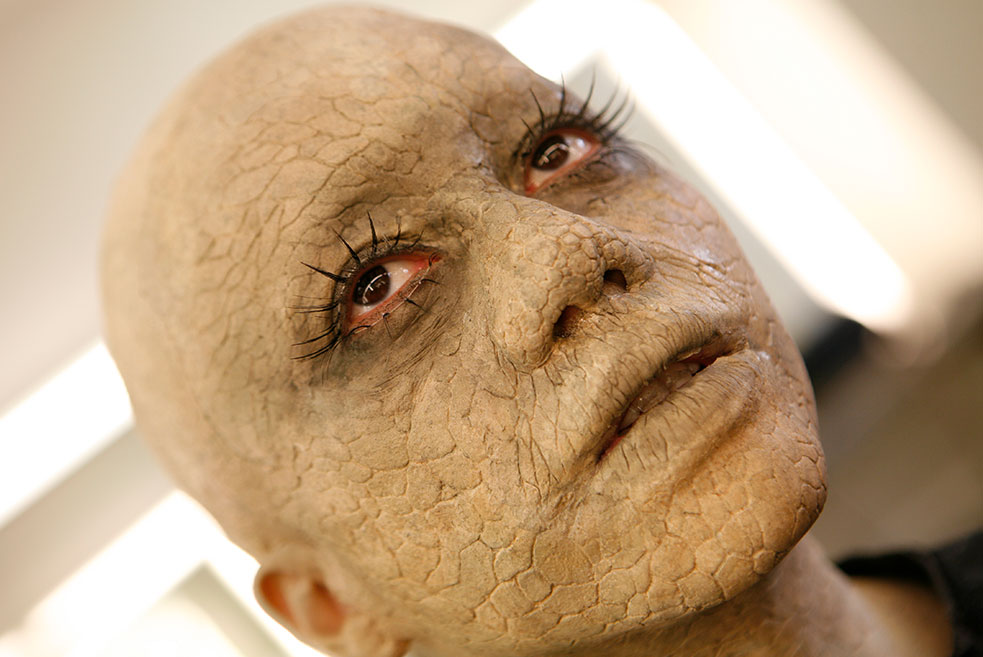 “It took me back to my time growing up in the country and exploring nature – pulling flowers apart and seeing where the nectar comes from. Later on, I had this opportunity to reverse engineer products. I took products from the States that worked well but didn’t show the ingredients. I could break them down and recreate them.”

Her limitless creativity is making Céline Godeau a Vancouver Special FX Makeup superstar, but it’s her unique philosophical outlook that’s made the journey so enlightening.

“Oh, there’ve been setbacks,” she promises. “Even when it’s been tough it’s been wonderful. What I realised at Blanche Macdonald was that if I stuck with this, it would be a great opportunity to learn about myself. There’s a lot of psychology in it when working with people who are concerned about how they’re going to look. Combine that with the creative quick thinking you need and you learn a lot about yourself.” 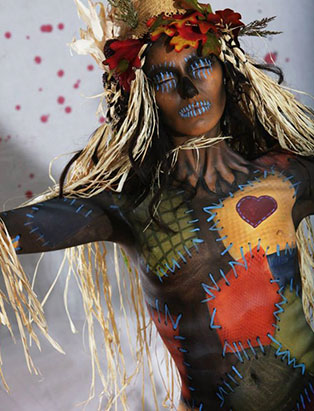 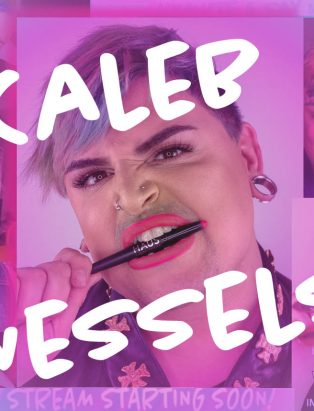