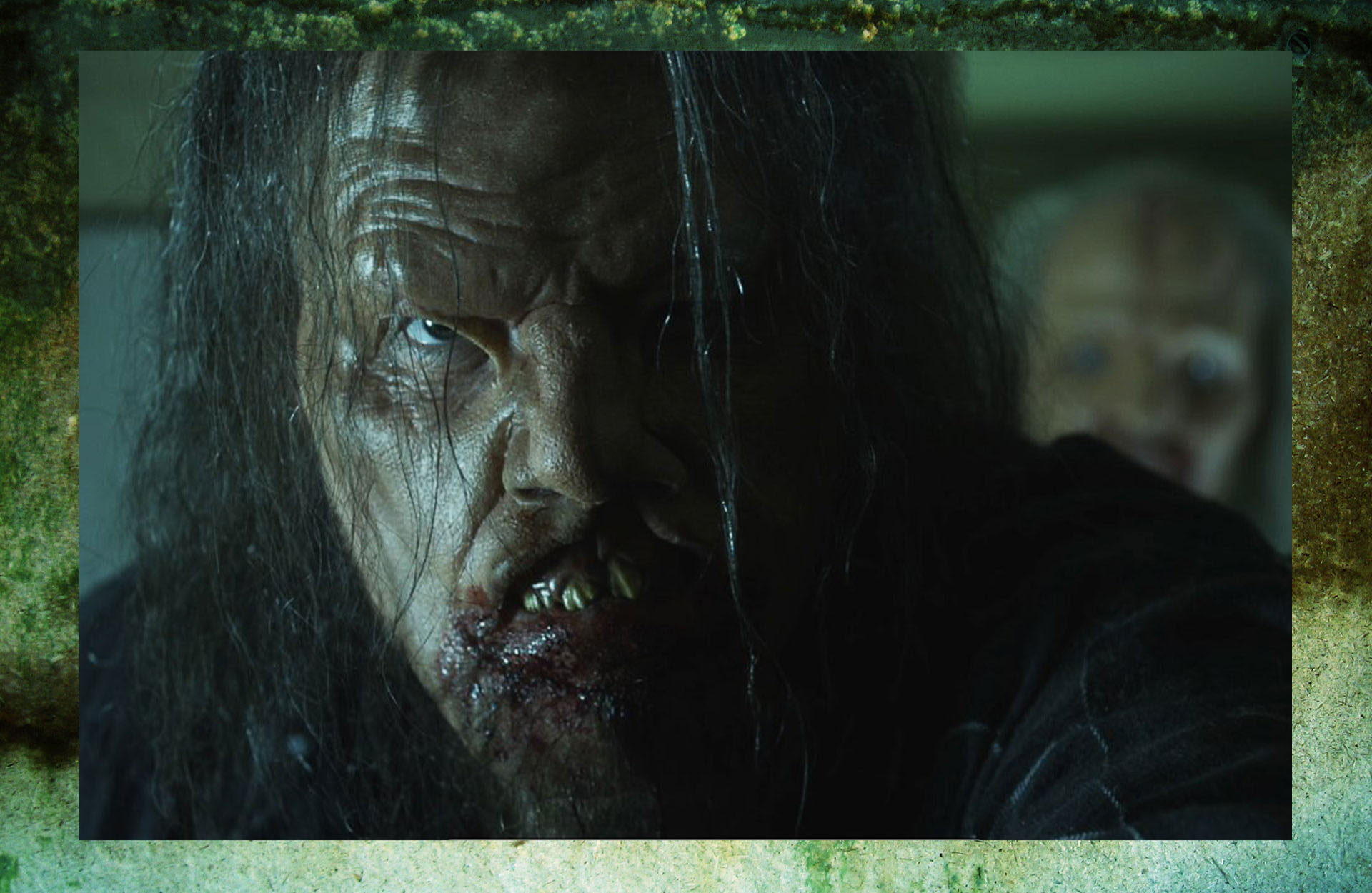 It’s hard work conducting an interview with Winnipeg Professional Makeup Artist and Blanche Macdonald graduate Doug Morrow. It’s not that he isn’t charming and eloquent. Because he is.

The problem is that every five minutes Doug’s cell phone rings and he has to pause the interview take it. The reason? He’s expecting a call from actress Rebecca De Mornay. As key makeup artist for a long list of major movies, speaking with the stars is a regular occurrence for Doug.

“I always call the actors beforehand and check if there’s anything special they need,” explains Doug. “It’s something I picked up when I moved back to Winnipeg from Vancouver. In actors’ minds who can there be in Winnipeg who knows anything? So I call the cast to introduce myself as the key makeup artist to touch base and put them at ease.” 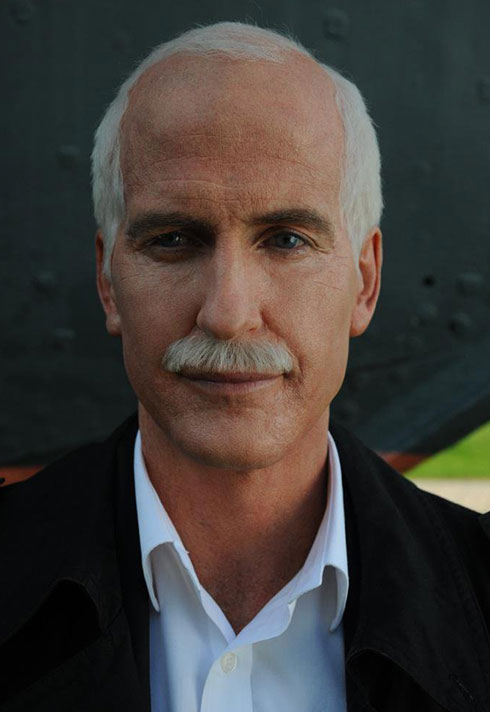 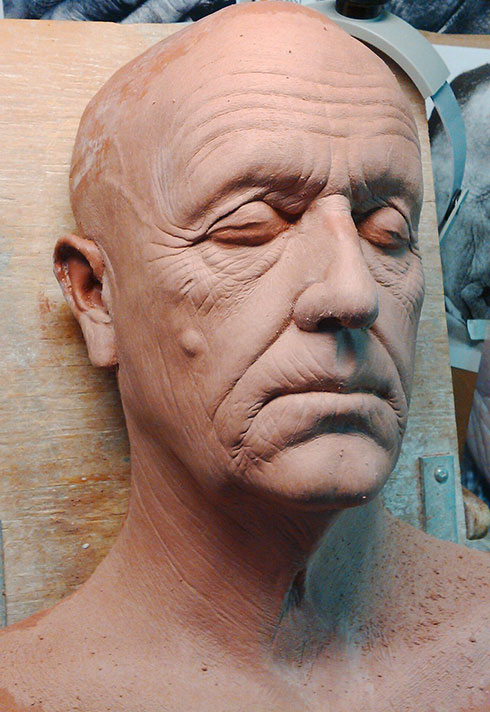 That personal touch is one of the tricks of the trade Doug has learnt in his twenty years in the business. It’s a career born from a passion for makeup and movies that started at a young age.

“When I was eight years old I saw the original Planet of the Apes movie,” he recalls. “I thought it was the coolest thing I’d ever seen. The apes were really believable characters. I went to the library and got some books about stage and special effects makeup. A buddy of mine was really into movies and we would make our own. I’d do the makeup and we’d do stop motion animation. I’d always had the dream that I could work on the movies, even when no one was making them in Winnipeg. Even when I was at university I’d come home, go to the basement and make faces.”

Doug moved to Vancouver in 1990 and decided that makeup was going to be his career as well as his passion. He took a job in a makeup supply store called Act One and began special effects legend Dick Smith’s correspondents’ course in movie makeup. The talent and enthusiasm were there. All Doug needed was a little formal training. 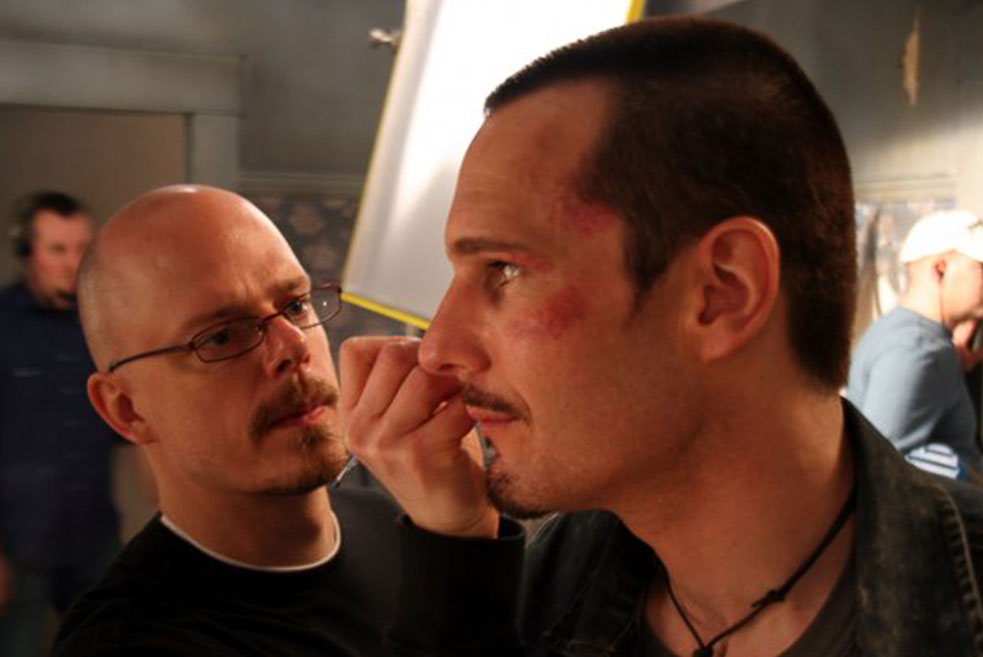 “I called Blanche Macdonald and it seemed like the place to go,” he continues, “The people I talked to there, like Todd McIntosh, said that if I wanted to work in this business, especially in Canada, I needed to learn to do regular makeup, because that’s what I’d be doing. That proved to be totally correct.

“The course I took was an Introduction to Beauty Makeup, which I had no skill in or had ever played around with. It was scary for me, but not that scary that it dissuaded me from wanting to keep doing it.”

Job offers for the talented Blanche Macdonald graduate arrived quickly. ABC’s cop series The Commish was his first major role, and it wasn’t long before the movie fan was living his dream, getting calls from films like Look Who’s Talking 3, Jumanji and Happy Gilmore.

“There’s a scene at the beginning of Happy Gilmore where Happy is talking about hitting a big guy in the head with a nail gun. The next scene is Happy in hospital with a bandage on his head and a swollen eye. I made a couple of little appliances and applied them to Adam Sandler, who’s a really great guy. When I was putting his makeup on he was pretending he was my grandma and was proud that I was finally working in the movies.”

Winnipeg may not be a movie hub like Vancouver, but since returning to Winnipeg this Professional Makeup Artist’s career has gone from strength to strength. He’s head of the Winnipeg branch of the IATSE union and he’s the first person producers call when they’re filming in town. Doug was key makeup artist on movies like New In Town with Renée Zellweger and Harry Connick Jr, Capote, where it was his job to accurately portray a brutally murdered family and more horror with 2009’s Whiteout and A Haunting in Connecticut. His favourite task however, is the subtle art of aging actors, as he’s done on a forthcoming series where he turned actor Jared Keeso into Canadian hockey icon Don Cherry.

“The Don Cherry series was hard,” promises Doug. “There’s all kind of period makeup and Jared plays Don from age 20 to 47. There was some kind of makeup or prosthetic effect I had to do every day. Every weekend I’d have to prepare and build appliances for the next week’s shoot. And we were shooting with this new high definition digital camera called the Red cam, which shows everything. You have to be a lot subtler. You can’t have a heavy hand. I used gelatine, as there was no way I could use foam latex on this kind of aging makeup. Foam latex has a tendency to crinkle, especially after it’s been on the skin for a while. When you’re doing a very subtle mid to late 40s aging makeup, that’s different from doing an old-age makeup where the little wrinkles go with the rest of the face.”

I’d always had the dream that I could work on the movies, even when no one was making them in Winnipeg. Even when I was at university I’d come home, go to the basement and make faces.

The technology may change but the basis of what Doug does, and why movie producers and stars keep calling, remains the same. It’s advice he’s happy to pass on to the next generation of makeup artists.

“The number one tip I can pass on is practice. I liken what I do to what a ballet dancer does. She practices every single day to be the best that she can, because it’s so competitive and so many people want to do it. You have to keep up with all the new knowledge and all the new techniques. And the only person that can do that is you. 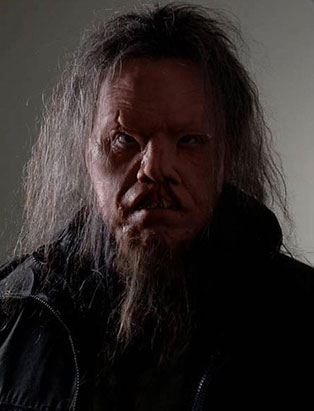 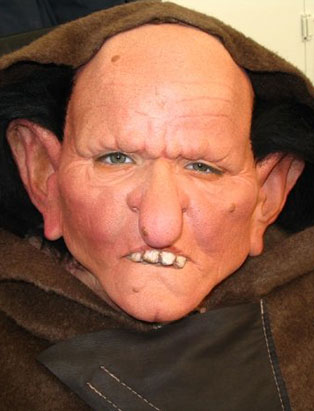 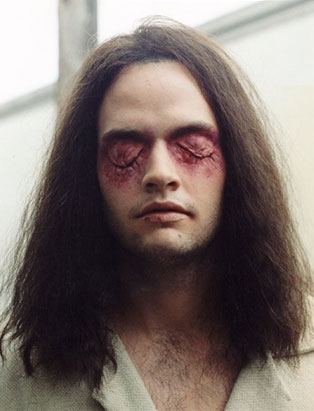 “Number two, come across as confident. I’m not saying I’m the best movie makeup artist in the world. I know I still have a ton of stuff to learn. But when an actor sits in my chair I give off this confidence that they can feel. And that puts them at ease. I want the actors to feel totally comfortable with what the makeup department are doing. They shouldn’t have to worry about what they look like. All they should be concentrating on is their craft.

So often over the last seven or eight years producers have come up to me and told me that an actor really likes me and they’re not worried about anything. That means I’ve won.”

Doug Morrow continues to be a winner in Winnipeg. There’s little chance of that changing anytime soon.