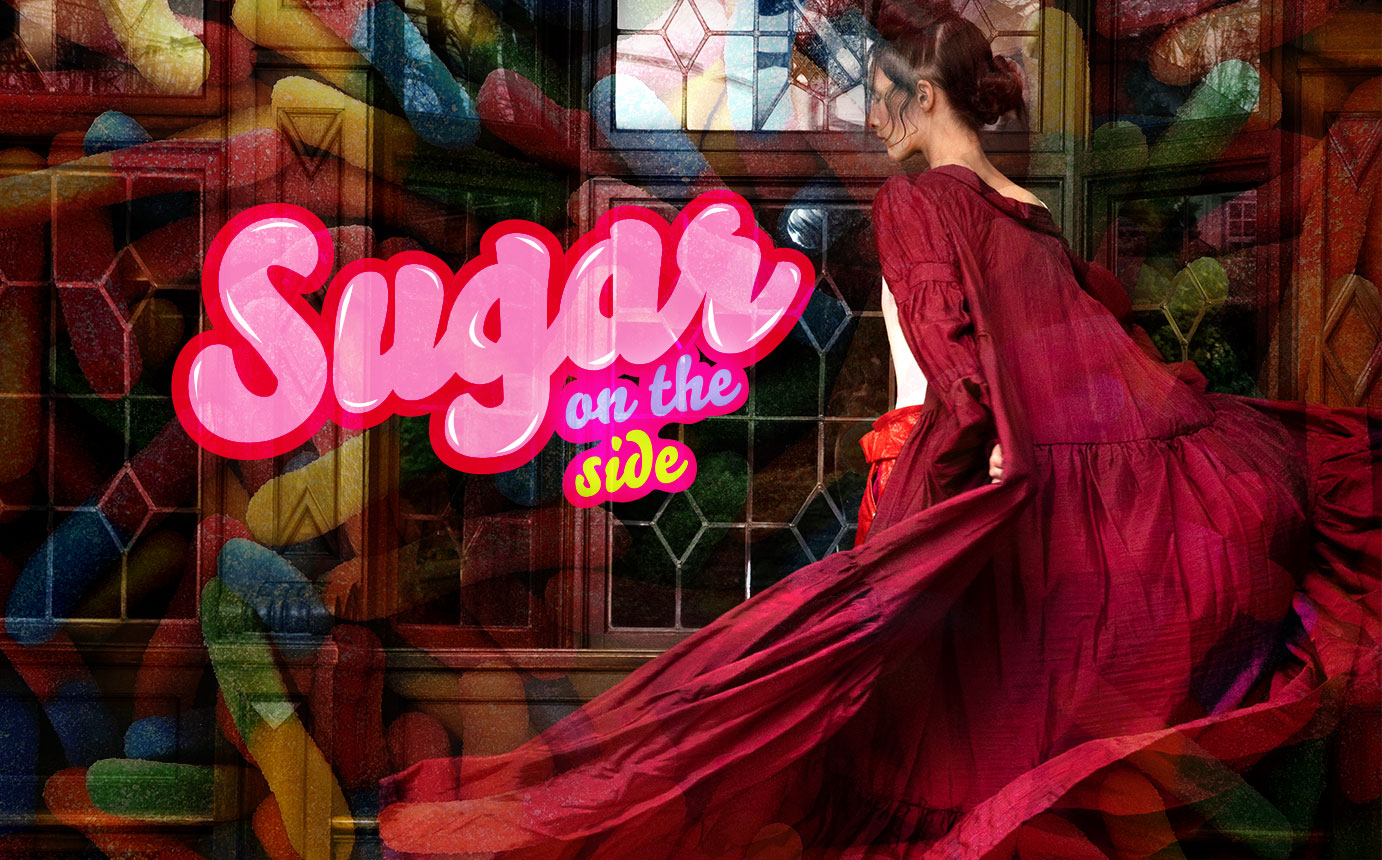 Sugar on the Side: The 2020 Blanche Macdonald Fashion Graduate Show Delivers Sweet Style

As Vancouver’s fashion media and the fashion designers’ friends and family jockeyed for front row seats, Blanche Macdonald’s Atelier campus transformed into a glistening runway and buzzing backstage area for Sugar on the Side, the 2020 Graduate Fashion Show.

This year, the students had a much more playful and flirty approach to their designs. It felt like the best things from the early 2000s. Bring back Paris Hilton and The Simple Life! Sugar on the Side seemed like a fun reflection of that spirit. And it gave us an excuse to eat candy!

At its heart was Executive Director of the Fashion Design Program, Tyler Udall, whose tireless work helped carve another chapter in the School’s history of producing remarkable fashion designers and stunning collections.

“At last year’s Show, so many of the clothes reflected a dystopian future,” he explained after the event. “It was all very serious. This year, the students had a much more playful and flirty approach to their designs. It felt like the best things from the early 2000s. Bring back Paris Hilton and The Simple Life! Sugar on the Side seemed like a fun reflection of that spirit. And it gave us an excuse to eat candy!”

The show concept was Tyler’s, but the collections were all the work of an inspired group of students.

“I’ll always remember their playful attitude,” continued Tyler. “Our fittings schedule throughout the year is rigorous and can be very serious at times. Their attitudes definitely helped temper that. It was a lot of fun all year round.”

In addition to the refreshingly fun approach to a new decade of fashion, many fashion designers chose to create collections that defied gender conventions.

“It’s no secret that this is a topic near and dear to my heart,” explained Tyler, “but ultimately, fashion is a direct reflection of a current social and economic mood.  I’m not surprised gender, or lack thereof, echoed through a lot of the collections this year. The grads made these decisions, not me. I felt very proud and I think they did too.”

This year was one of the best things I’ve done but it was rigorous. Every teacher supported and challenged us so much.

Graduate Lyzette Field had particular reason to feel proud. Her collection opened the show and she ended the night by picking up four awards for her efforts, including the coveted Award for Overall Achievement. Lyzette’s jubilant collection featured piped princess seams, shawls and bolero jackets, and layered pieces made out of whimsical patterns that harkened back to her home in South Africa. Lyzette was also named as one of three Blanche Macdonald graduates, along with Sujitha Shivajothi and Laila Aouinati, who will be representing Blanche Macdonald at Vancouver Fashion Week’s New Emerging Talent Show this September.

Lyzette had studied Fashion Design 26 years ago in her native South Africa before moving to Canada and starting a family. Four children later, her passion was reignited during her year at Blanche Macdonald.

“Fashion is something needs to be part of everyday life,” she insisted. “This year was one of the best things I’ve done but it was rigorous. Every teacher supported and challenged us so much – especially Lisa Gellert. She pushed us to think beyond our boundaries. I took the challenge. It was hard work but good.

“South Africa inspired my collection. The people there are very colourful and vibrant. They love life. That’s a special thing for me.”

The year may have been challenging for Lyzette, but the night itself was full of pleasant surprises.

“I enjoyed seeing everybody’s work. The year was tough and sometime we felt like giving up, but we encouraged each other. I was very nervous before the show and was very surprised to hear my name announced so many times. I really appreciated it. I’m still getting my courage together for Vancouver Fashion Week. It’s a privilege to show my collections there.”

Graduate Dominic Amiel had flown to Vancouver from his home in Toronto to see his collection, filled with elegant bustiers, exaggerated Juliet and gigot sleeves, and a show-stopping ruffled gown, walk down the runway. The three awards he took back to Ontario were unexpected bonuses.

“I was surprised,” he admitted. “Although I did know that they gave out awards and I really wanted to win the one for Pattern Drafting!”

Dominic had nothing but positive memories since making the decision to cross Canada to make his fashion goals a reality.

“I’d trained on my own learning fashion as much as possible. I’d reached the point where I wanted some professional experience. I saw Blanche Macdonald online and appreciated the amount of freedom they offered within the course and how much they packed into 12 months. I knew this was the school for me.

“It was challenging in all the right ways. Everyone in this program has a different experience. It’s focused on your portfolio, your collection and your brand. It allows you to grow in the way you want to grow, and that’s what I really appreciated.

“This year was transformative. I had skills and wanted to use them. Being able to focus on creativity was different from anything else I’d experienced. Moving forward it will allow me to live creatively. I’m already working as a technical designer for small brands, helping them bring their creative ideas to light.”

We’re so lucky to have so many wonderful people working and studying here. It's not that often that so many of us get to synergize our skills the way we do pulling together a production of this magnitude. The day itself was super calm, light-hearted and a lot of fun. That’s a perfect mix of hard work, good hearts and chemistry!

“We don’t steer people in one direction. We’re all about letting people bring out their creativity and personality. You could see that this evening. The diversity of the work thrilled me! There are people in this group who could go far, and I hope they do! They’ve been delightful to be with from day one. It was incredible watching them relate to each other throughout the show.”

“We’re so lucky to have so many wonderful people working and studying here,” agreed Tyler. “It’s not that often that so many of us get to synergize our skills the way we do pulling together a production of this magnitude. The day itself was super calm, light-hearted and a lot of fun. That’s a perfect mix of hard work, good hearts and chemistry!”

Infinite gratitude too, must be given to the backstage team, led by Tyler Udall, Sara Armstrong, stylist Leila Bani and a team of volunteers from the Fashion Design and Fashion Marketing programs. While Key Makeup Artist Paula Lanzador, Key Hair Stylist Erin Klassen and a team of volunteer grads and students ensured the models looked as spectacular as the collections. Huge thanks also to our fabulous emcee Jaylene Tyme and DJ Hana Pesut (Sincerely Hana) for providing an amazing soundtrack to the night.

The entire team at Blanche Macdonald would also like to extend its sincerest gratitude to our corporate sponsors, Kevin Murphy, Make Up For Ever and Oribe, along with huge thanks to our colleagues at CurliQue Beauty for putting our guests’ goody-bags together. 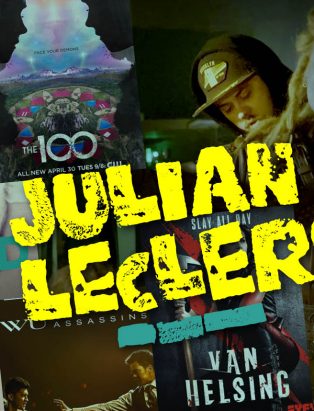