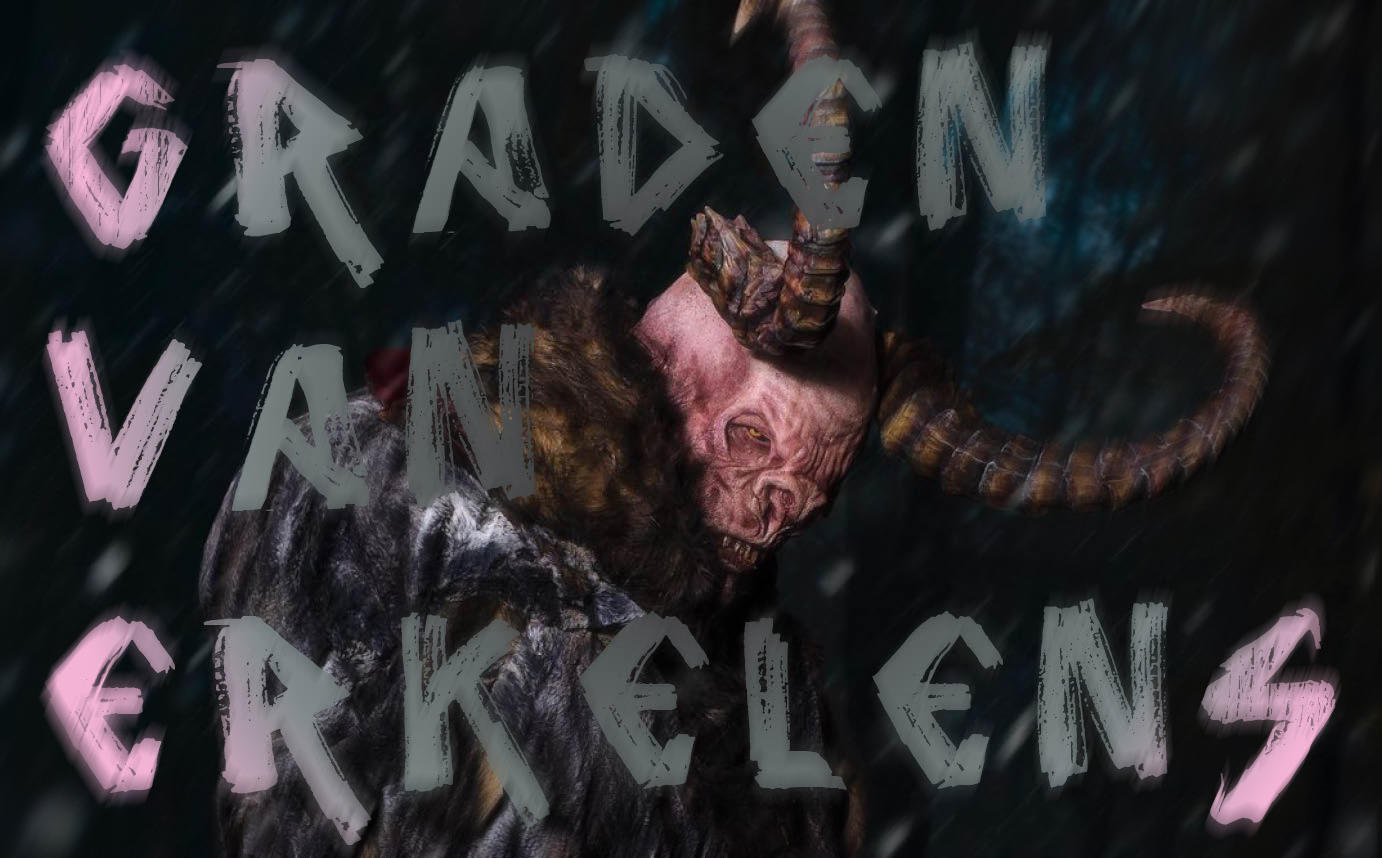 It’s a bold call to drop a successful career and start afresh. And yet, for Graden van Erkelens, who closed his thriving hair salon for a new beginning as a Film and TV Makeup Artist, it’s one of the best decisions he’s ever made.

I’m only on this planet once and I don’t want to have any regrets. Being able to reinvent my career is a privilege, which is why I take this job very seriously.

“It feels like a rebirth,” he insists. “I’m freer to be myself. I’m only on this planet once and I don’t want to have any regrets. Being able to reinvent my career is a privilege, which is why I take this job very seriously.”

It’s been less than 12 months since Graden graduated from Blanche Macdonald and yet, even in a year blighted by COVID, he’s kept busy on the sets of Legends of Tomorrow, Van Helsing, The Order, headed departments for short film Murphy’s Law and the pilot for post-apocalyptic drama Foragers, and has even taught Halloween looks on line for makeup effects retailers Studio FX.

In a year of stress and shutdowns, Graden has channelled his creative energy into carving a new career for himself. He shut his salon (there’s a video on his Facebook page of him ripping the opening hours sticker off the door) with the knowledge that he was fully committed to his professional transition.

I had clients in the film industry so I dug around with production managers, directors and producers. I asked them, is there a school you look for when you’re building a team of Makeup and Hair Artists? They all said Blanche Macdonald.

“I always wanted to do Makeup. I had clients in the film industry so I dug around with production managers, directors and producers. I asked them, is there a school you look for when you’re building a team of Makeup and Hair Artists? They all said Blanche Macdonald. I spoke to a lot of people who’d been there and they’d never had a bad experience.”

Graden had recently turned 40 when he began his first class. A lack of experience meant nothing when set against his commitment to success.

“I went to Blanche to learn and push and get up there. I’d never picked up a brush before I started. I needed all the information I could get. Lesley Opheim was my foundations teacher. She was amazing. When the teachers know you’re pushing and trying hard, they’re going to support you and give you that extra help. That’s exactly how it should be. I would practice in the mornings and weekends. I gravitated towards special effects and my instructor, Vanessa Giles, helped me a lot.”

Determined to get a foot in the door of the Film and TV industry, Graden began applying to the IATSE and ACFC unions, and grabbing every opportunity he could get his hands on, including shifts with on-set Hair departments.

“We’re here to tell a story through makeup and hair,” he explains. “The challenge for hair stylists working on set is that it’s not glamorous. Clients in a salon want beauty but we’re not here for that. TV and Film is about character and scenario, and that’s what I love about it.”

Graden’s love for creating characters was never in doubt. Which was why, when he was asked to take the reins on his first ever Makeup job, he was ready to shine.

“I was still at Blanche when I was approached by a client of mine who runs her own production company. We’d always wanted to work together so she asked me to design the Makeup and Hair for a short film called Murphy’s Law, a female-centric dark comedy with zombies set in the 1800s. I said, ‘Are you sure?’ She said, ‘You seem like you know what you’re doing.’ I came up with the designs, taught myself how to make encapsulated silicon prosthetics then taught two of the girls from my class how to do it. We all banded together, shat our pants all the way through, and in the end it looked good!”

So good, in fact, that Graden was nominated for a Leo Award for Best makeup design in a dramatic short for Murphy’s Law. And this is while he was still studying at Blanche.

The challenge for hair stylists working on set is that it’s not glamorous. TV and Film is about character and scenario, and that’s what I love about it.

COVID brought a temporary halt to Graden’s fledgling TV and Film opportunities but it didn’t slow him down.

“I wanted to create different types of characters. I had stuff I wanted to learn. I figured that I might as well take photos and put them online. I entered the McKenzie Westmore Makeup Challenge. One the categories was a Dark Wizard. Ve Neill judged it, and I won it, which was amazing.

“I emailed the owner of Studio FX and said that if they needed help with anything—even stocking shelves—I would do it on a volunteer basis. They invited me in for a meeting and asked if I wanted to do tutorials aimed at people who’d never done makeup before. That’s how my channel my channel started. I hate to quote the Real Housewives of Beverley Hills but one did say, ‘Say yes to everything because one day they’ll stop asking.’”

With safety protocols in place, Vancouver’s film and TV industry has reopened for business. Graden’s meteoric rise hasn’t skipped a beat since, as he’s headed departments Dr F, based on Frankenstein, environmental drama Hunkered, and the pilot of the dystopian Foragers.

I sketch the makeup looks and Photoshop them onto the actors’ headshots.

“Foragers’ characters are really intense. I had to take the terrible things that happened to them as kids and show them as their scars when they’re adults. I sketch the makeup looks and Photoshop them onto the actors’ headshots. I develop my own version of the characters, based on the script and how I see it played while still listening to what everyone else wants. I talk to the Directors. I talk to the actors. They don’t always want the same thing but I have to make sure they’re both happy.”

Is the creative life that Graden craved stressful? Sometimes. Is it exciting? Always.

“Bad stress is brought on by not being prepared. Good stress is brought on when things change on set. On my last shoot we needed to make an actress look like a ghost. When she arrived she had a much darker skin tone than we’d seen on her audition tape. At moments like that you have to come up with a cool idea and get your brain working quickly. My team had ten minutes to go through the palettes we had and see what worked. ‘You take the hands, you take the neck and I’ll take the face. Let’s go!’”