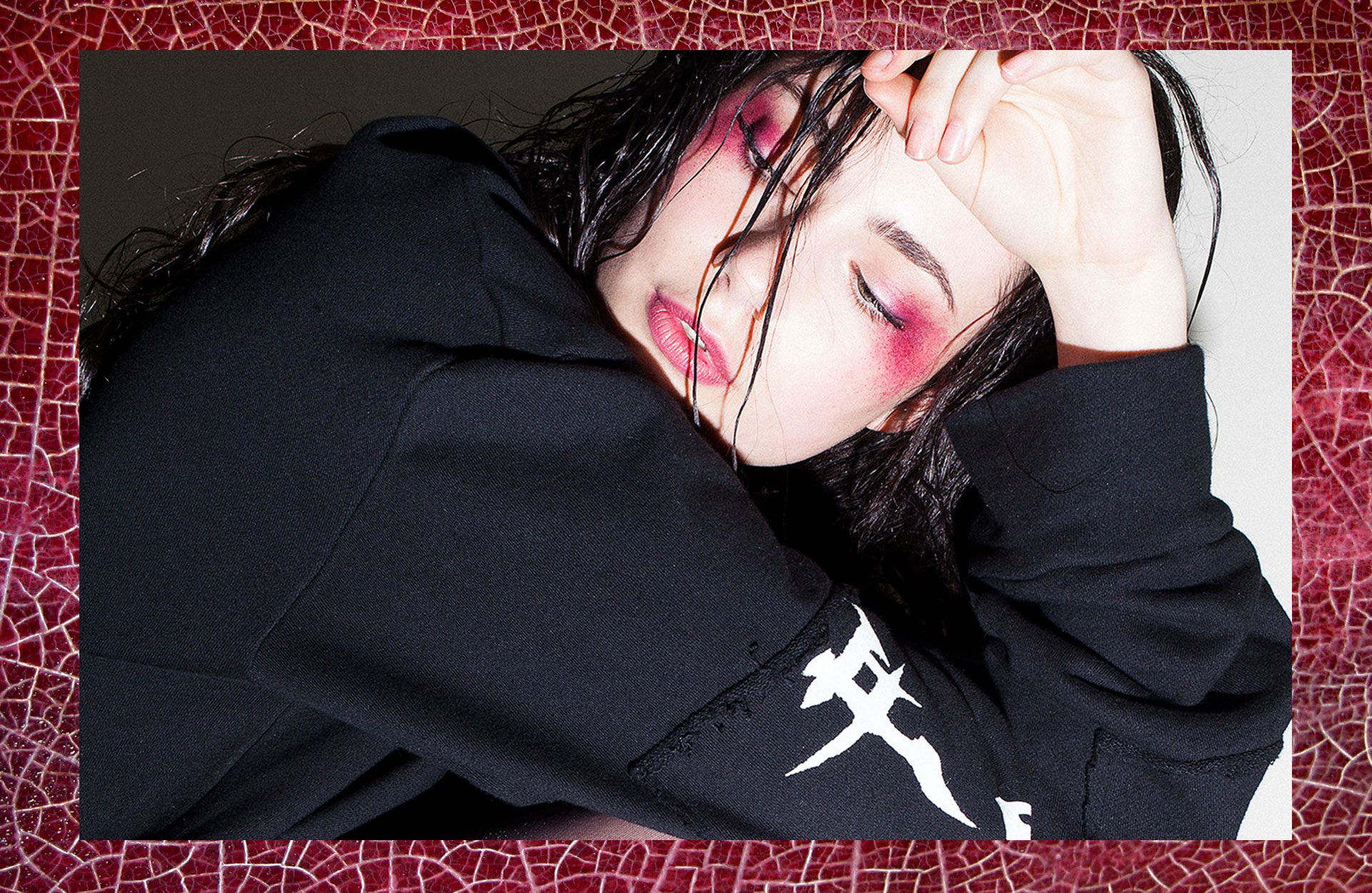 “It was incredible to see Mario’s images when they’d come through for the first time. Soon after I started he shot the cover of German Vogue with Miley Cyrus. It was instantly clear that I was working with someone very important.”

Blanche Macdonald Fashion Marketing graduate Bradley Fairall isn’t the only person who speaks about Mario Testino in reverential terms. As a paid fashion intern in London, England with arguably the World’s most famous Fashion Photographer, Bradley’s had a dream start in the fashion industry. Now he’s back in Vancouver, the lessons he learned continue to guide his career trajectory.

“Every day in London I would pick up new things,” he continues. “I learned that Creative Direction is where I’d really like to go. It’s about developing an eye for things and being able to translate a brief into an image; seeing what the client is after and putting together a team that will be able to create it. In London I could see how important Creative Directors were in magazines and advertising.” 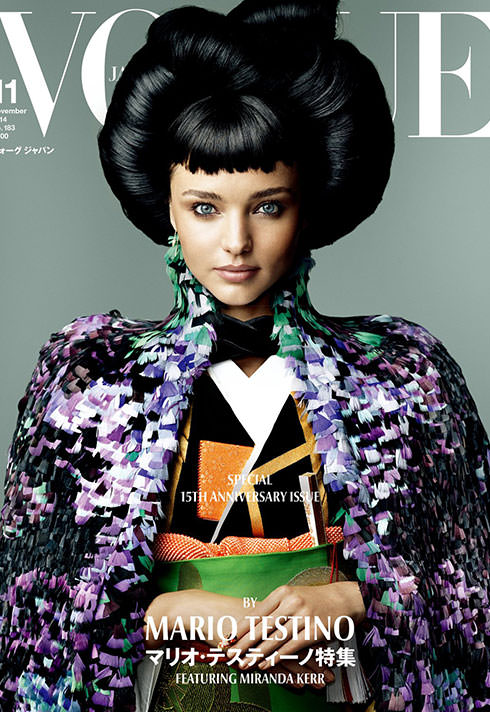 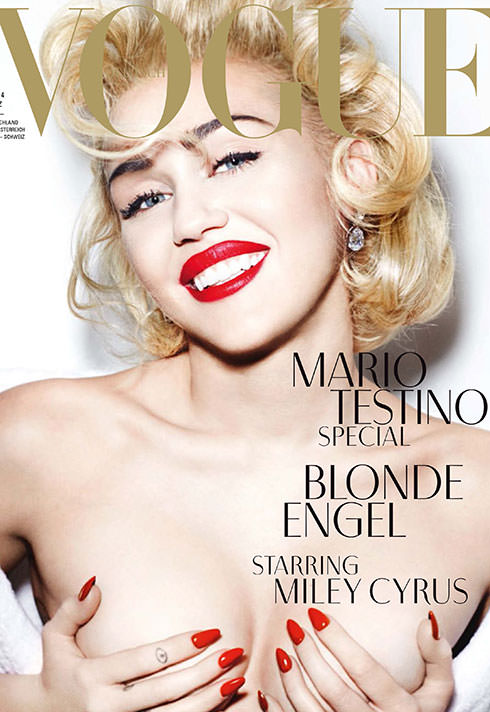 As a fashion intern at Mario Testino +, the photographer’s in-house art department and production company, Bradley’s responsibilities within the team were to research images for developing ideas, concepts, and casting, along with trend forecasting and producing newsletters, ensuring the entire organization stayed informed on the latest developments. It was an exciting and challenging role that drew heavily on the fashion history education Bradley received at Blanche Macdonald. It also helped that he was very familiar with working as part of a team, having come to the fashion industry after a career as an elite professional cyclist.

“I took a roundabout route to fashion,” he laughs. “I started racing mountain bikes and had reached the Canadian National Team when I was still in high school. Then I switched over to professional road cycling and also rode with the National Team. I rode in three World Championships and the Under-26 Tour de France. It’s very difficult physically and mentally. You travel a lot and you’re tired all the time. And it’s extremely competitive. After a few years I looked at what I wanted to do and decided to pursue some other options.”

It was very exciting to see that my work had played a part in a campaign for major fashion house.

Riding and living in Europe did more than keep Bradley astronomically fit. It also opened a door to a second passion.

“I developed an interest in fashion while travelling around Europe – especially Paris. I’d always liked clothes and photography. It just wasn’t in the forefront of my mind when I was a professional rider.

“When I moved back to Vancouver through a cycling connection I started working at Mark James Ltd, a high end men’s boutique, on West Broadway. When that closed I realized that there were more elements of fashion I found interesting. Which is what made me come to Blanche Macdonald.”

Pushing limits were the norm as a professional cyclist. Bradley wanted a Fashion School where he’d be challenged in a different way. 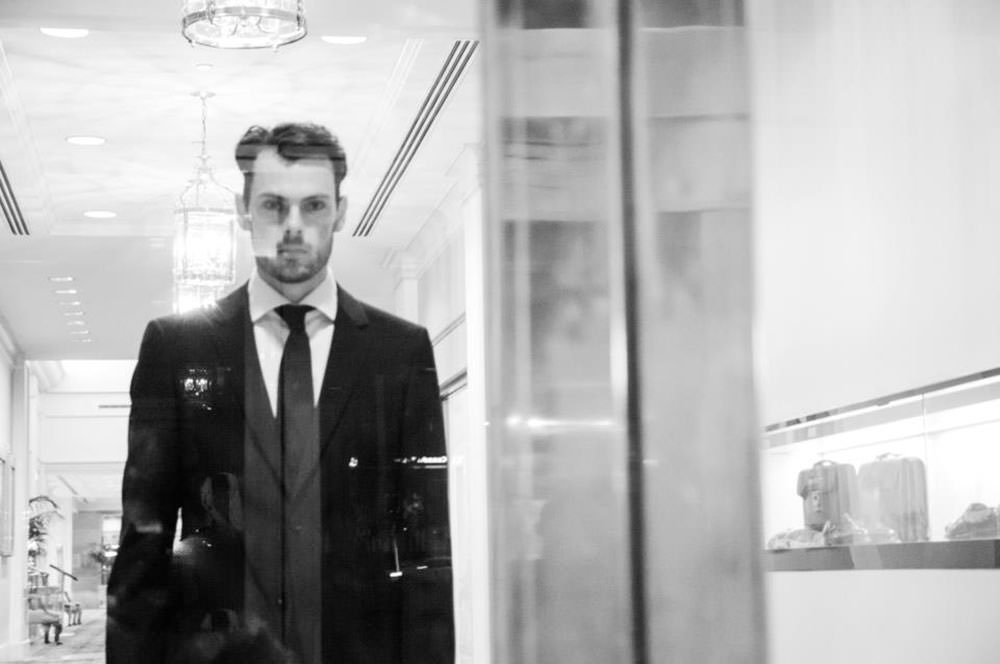 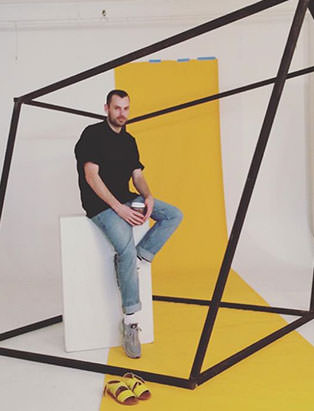 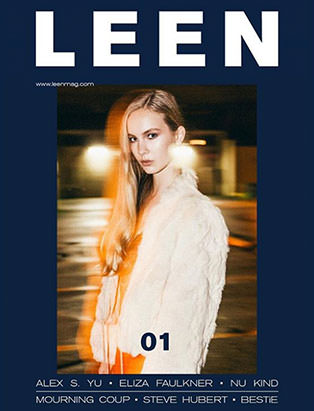 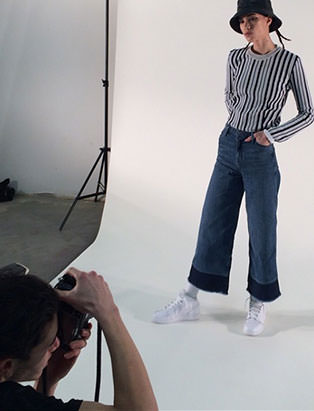 “What appealed to me was that the Fashion Marketing program was condensed and I could do a year of serious study. And obviously Blanche Macdonald is well connected and can provide students with work opportunities. One of my old teammates, Cameron Evans, had graduated and he said it was good. He’s at Aritzia now.

“Going into Fashion School my knowledge was more in menswear. I was already reading magazines, but once I started classes I was able to get to know the photographers. After time, and Tyler Udall’s Communication course, I found myself being more interested in advertising. I began thinking about moving towards Art Direction – the in-between area between styling and photography. I really enjoyed picking Peggy Morrison and Tyler’s brains. They have such depth of knowledge in all different areas. That’s what I liked the most, learning about stuff that you don’t hear about all the time ­– like fashion history. Getting to know how what’s happened before is influencing what’s happening now. Your understanding of what’s happening in the industry expands so much.”

If you want to get into this industry, absorb everything you can about fashion.

Blanche Macdonald delivered more than the fashion education Bradley used at Mario Testino +. It also gave him the connections to make the journey from Vancouver to London a risk worth taking.

“I wanted to try moving out of Vancouver to look at some bigger fashion markets. The scene in London is young, creative and vibrant. I was super drawn to that. A lot of the stronger independent magazines and young designers are based in London.

“I arrived in London with no guarantees, although Blanche Macdonald had set me up with a meeting with the incredible Laura Rule, who was the Creative Director at Mario Testino +. She actually did a talk at Blanche a few months ago. Laura said I would be doing almost exactly what I was looking for and Tyler put in a good word on my behalf. Essentially, it was perfect.” 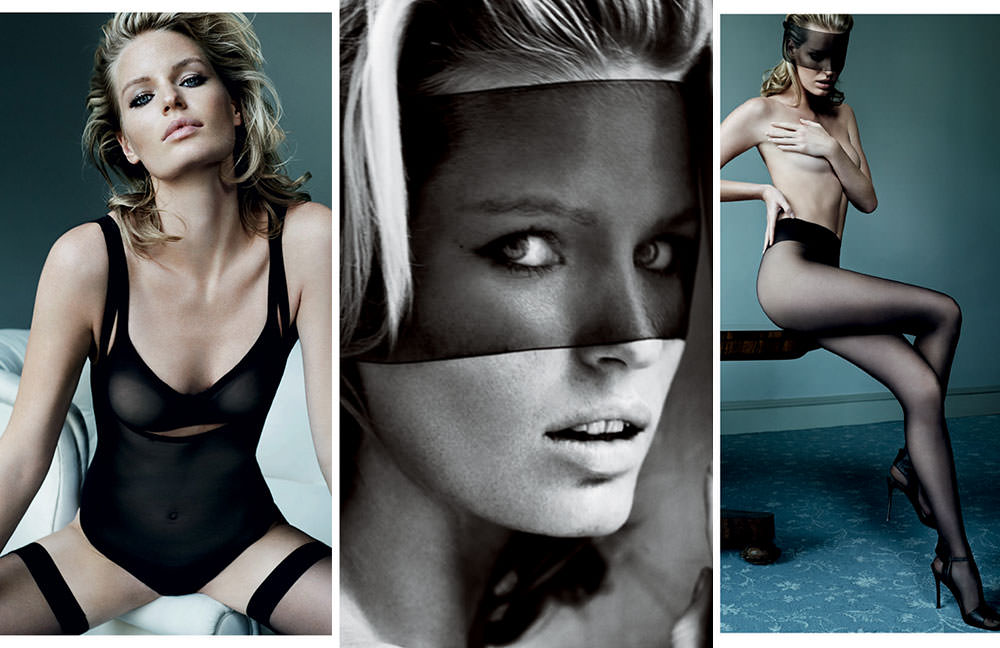 Mario Testino’s history speaks for itself. His photos of Princess Diana are some of the most famous portraits of the 20th Century. His A-List shoots for Vogue and Vanity Fair complement with his continual work for major fashion houses including Burberry, Gucci, Calvin Klein, Versace, Salvatore Ferragamo, Dolce & Gabbana, Estee Lauder and Michael Kors.

“Mario’s done some major stuff. Of course that’s exciting. But what I found most fascinating was the process: from bringing in a client, Laura would then go to Milan for the shows and conceptualize a direction, along with targeted areas of research based on the collection and fuse that with the Mario Testino + brand. After being directed, me and my colleague Natalie Hasseck, would take that concept and references to build sketchbooks of image research.

“We’d edit that based on what Mario and Laura liked, and work on refining it until we found something that was the best fit for the brief. Then we moved into the casting stage, which was always interesting, especially if multiple girls were needed.

“There are elements of my contributions in every shoot that happened while I was there. On the Etro Fall/Winter campaign the research that I worked on for Mario, Laura and the client was definitely visible in the final product. It was very exciting to see that my work had played a part in a campaign for a major fashion house.” 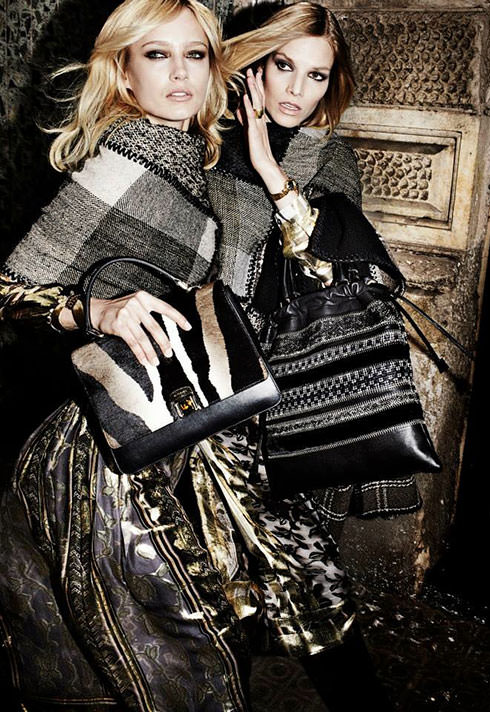 Vancouver is a long way from London, but Bradley is keen to point out that the lessons he learned at Blanche Macdonald were beyond helpful once he found himself in the offices of the world’s leading fashion photographer.

“From my time at Blanche Macdonald I had the feel for fashion and a knowledge I could bring to Mario Testino +. I knew who the designers are and who the big photographers are and were. A lot of the research we were doing was based in the 50s, 60s and 70s, which I was exposed to through Peggy’s classes. Having that base of knowledge to draw from and expand from was probably the most useful thing I learned at Fashion School. Tyler’s class really helped me develop an eye for things. When you’re looking for inspiration or trying to convey your vision to a client everything becomes much easier when you know and understand your references and why they work together. There’s a certain level of quality that you need to present when you’re working in Mario’s World. You need to know the markers of quality.”

Having that base of knowledge to draw from and expand from was probably the most useful thing I learned at Fashion School.

Bradley’s back in Vancouver now, adding Graphic Design skills to the Creative Direction expertise he’s already absorbed. On his ride to success he understands that knowledge, combined with a professional attitude, can take you a long way.

“You need to develop relationships with people. You need to make a good impression and take advantage of connections. So much of this industry is, ‘do you know someone who would be good for this?’ You need to have a base knowledge of forecasting and how to develop a trend. You need to know all the photographers, models and designers. If you want to get into this industry, absorb everything you can about fashion.”