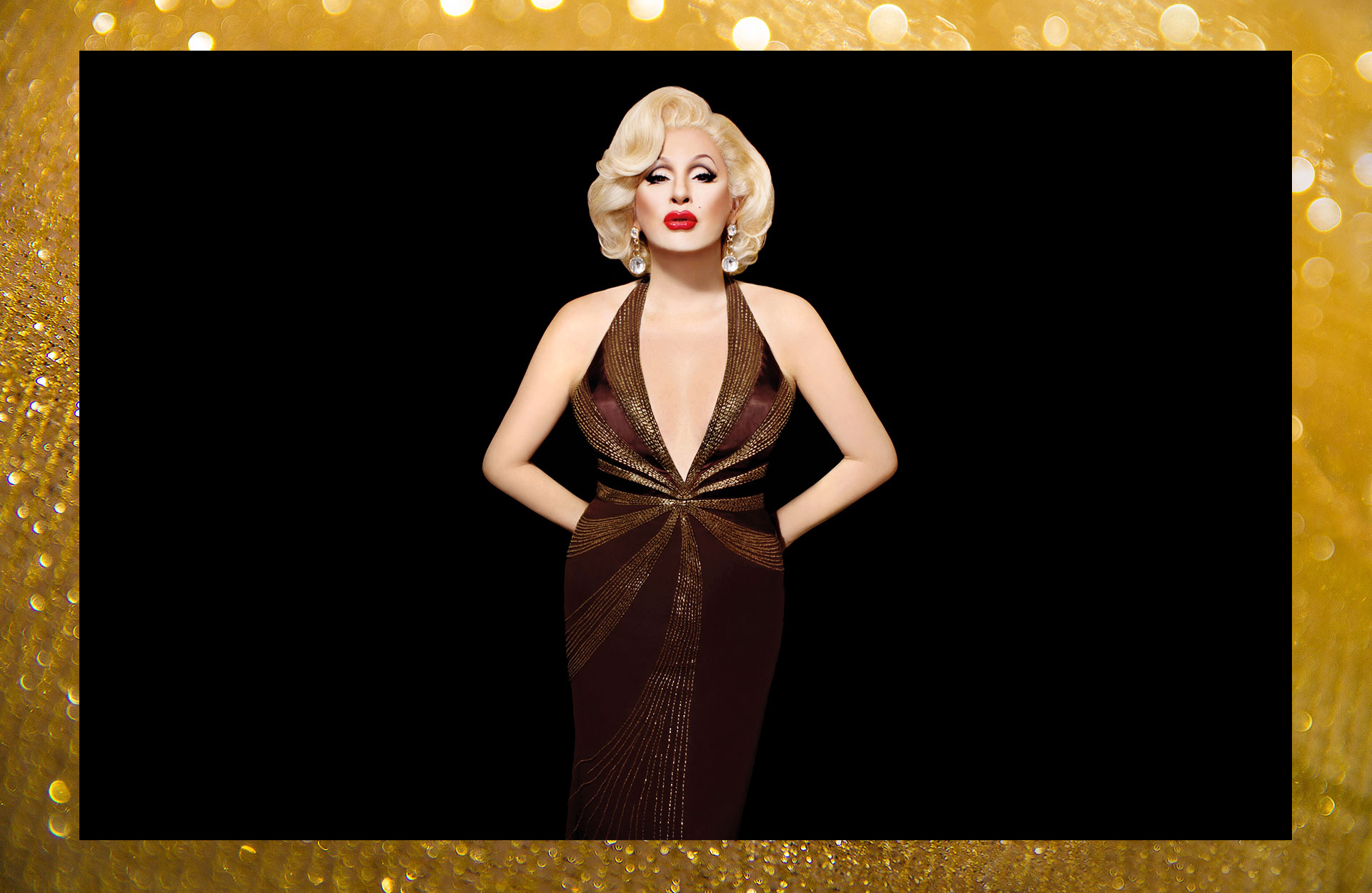 Jaylene McRae can still recall the moments before she stepped on stage as  “Jaylene Tyme” at Rogers Arena as one of the star performers at TEDxVancouver. Revealing her authentic self in front of an audience of thousands marked a stunning culmination of a profound journey of transformation.

“I remember walking towards the stage and thinking that Janet Jackson and Cher had taken these same steps only weeks beforehand. The theme of the event was I.D.—identity—and I had the chance to educate people about what that means. I did a drag performance of “I Am What I Am,” representing the LGBTQ community in full glamour, of course, with a rhinestone Vegas style headdress with some amazing dancers by my side. I felt empowered having shared a new awareness of identity.”

Empowerment is an everyday occurrence at Blanche Macdonald’s CurliQue Beauty Boutique. It’s where Jaylene works her magic as Q-Talent Leader five days a week. She doesn’t rest at the weekend either when, in her own words, “Sunday Funday” culminates with her hosting and performing at Legends at XY, Vancouver’s most entertaining and glamorous drag night. Whether she’s managing the city’s most creative makeup store or strutting the boards as Cher, Mariah Carey, Tina Turner or Dolly Parton, Jaylene makes it look easy. Which is ironic, because the journey she took to this point was anything but. 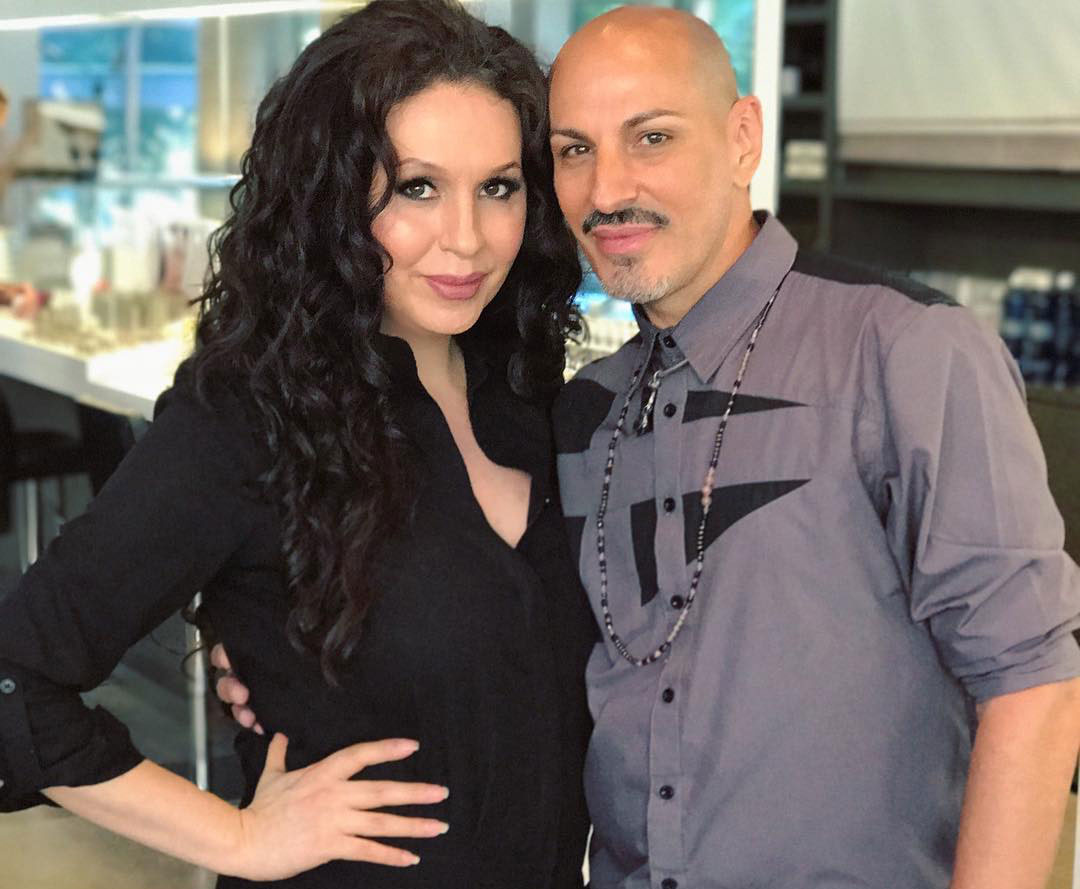 “I was adopted when I was three years old and grew up on a farm in Saskatchewan,” she explains. “I wasn’t sure where to identify with my culture and gender. It was a community where boys were encouraged to play hockey and do farm work, which didn’t fit me. My escape was my creative process. I wasn’t into sports or farming, but give me a piece of paper and a pen and I could have something that was my own. I thought dolls were beautiful and would make costumes. I was really inspired by fashion magazines. It was a farm, but there were still stores nearby!”

Jaylene left the farm and moved to Red Deer to attend college and study Fine Arts. There she started exploring her identity on a journey that took her to Banff, Calgary and eventually Vancouver. Jaylene’s not shy discussing the difficulties she encountered on the West Coast. It’s part of who she is.

“I got into an intense drug and alcohol addiction that lasted six years,” she recalls. “I didn’t have a home. I was literally on the streets. I was physically, emotionally, spiritually sick. Somehow I was able to go to a recovery program in Surrey. The state I was in, I wasn’t able to make any rational decisions. I believe that a special energy rescued me. I can’t explain it. Even after all this time, I’m humbled by it.”

It was at the recovery house that Jaylene was able to reconnect with her First Nations heritage and use the resources available to start moving her life, and her art, in a positive direction. 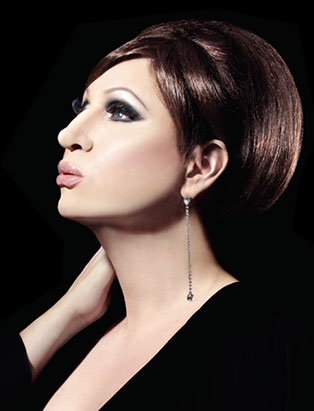 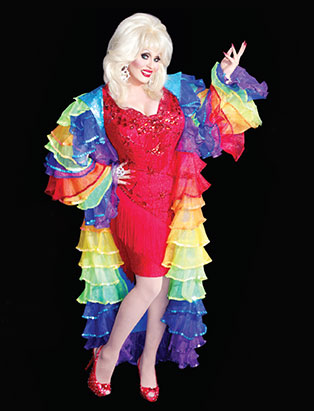 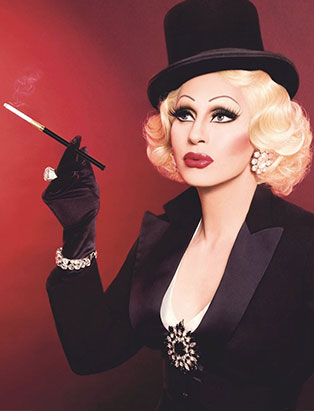 “When I was living on the streets, I remember walking downtown and seeing students with their Blanche Macdonald makeup kits. For some reason I knew I’d eventually go to school there. It wasn’t possible for me then, because I didn’t have any money. I didn’t have anything.”

“I went for an interview at Blanche Macdonald. All I had were some drawings to show them, but when it comes from the heart to the paper, people can read that.”

My experience at Blanche Macdonald was really safe, inspiring, challenging, impactful and resourceful. It meant so much to me. It felt like a second chance.

Having been given an opportunity to create, Jaylene threw herself into her studies, reinventing her life as she learned.

“I felt like I never fit in anywhere, so to find that I could take what I was good at—art—from paper to people was great. My experience at Blanche Macdonald was really safe, inspiring, challenging, impactful and resourceful. It meant so much to me. It felt like a second chance.”

Jaylene began working at The Body Shop before she’d even graduated. Four months after she started, she was leading product training. Not long after, she was made an Assistant Manager. Make Up For Ever scouted Jaylene to work at a drag event at Sears and when a position arose for an Artist at their counter at The Bay, they knew who they wanted. Professionally and personally, she was growing.

“I was still awkward, but I was becoming really good at expressing myself through the art of drag performance. I became more involved with the LGBTQ and the Two Spirit First Nation communities. I was elected Empress of Vancouver, which is like Miss Canada for Drag Queens. I represented the city and raised funds and awareness for different charities. Soon after that I was appointed to the International Court Council as a Canadian representative. One night I was in San Diego with trumpets playing as I was about to go on stage to represent my country. At that moment I remembered myself so vulnerable and weak years earlier. Now I was representing Canada! I never want to forget where I’ve been or all the opportunities I’ve been given. It’s those moments that give me strength.” 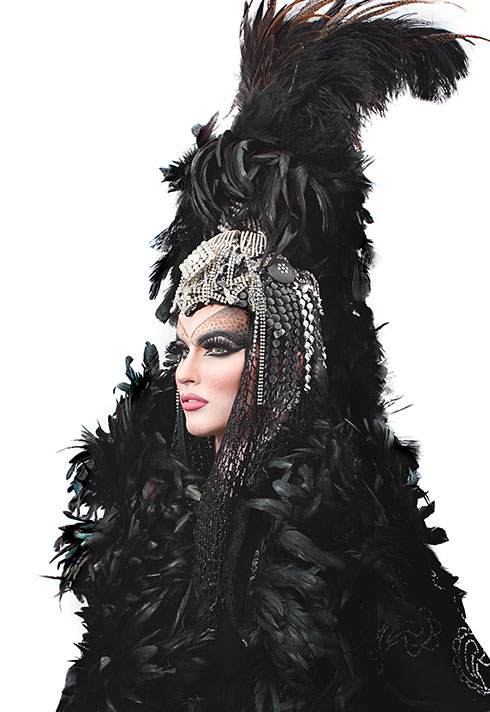 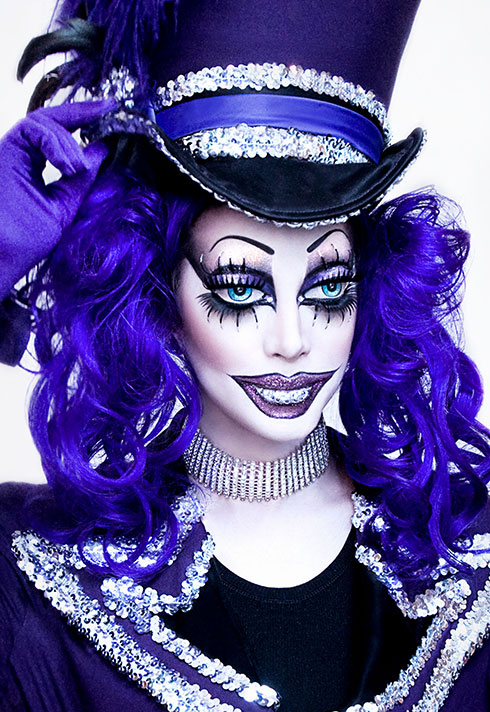 When Jaylene heard that Blanche Macdonald was looking for talented Artists for a new Beauty Boutique, she jumped at the opportunity.

“CurliQue was where I wanted to be. I had another interview at Blanche Macdonald. When they first met me I was Jason, but now I was Jaylene. I’d reached the point of my true identity as a transgendered woman. I was hired for the true me. It wasn’t even an interview. We were just talking about my journey and what inspired me.”

Five glorious years later, the Q-Talent leader is inspiring others.

“At CurliQue I’ve been given the opportunity to develop as a person more than anywhere I’ve worked. I’m 100% myself now. A lot of students who come to Blanche Macdonald have experienced feelings of not fitting in, but they have this beautiful creative energy. This is the space where I can say, ‘Welcome, you’re in the right place. We celebrate everyone and I’m glad you’re here.’

“Education and entertainment are words we’ve used here since we opened. When we say that you’re welcome to explore and have fun, we really mean it. That’s authentic. You can buy your makeup anywhere. People should want to come back to CurliQue, not just because of the products we carry but also because of how this place makes them feel. It should be fun. Every time the doors open it’s show time!

“We had a guest recently who was going through a gender identity exploration at a later stage of her life. In a beauty environment, some people can feel judged in an uncomfortable way. I watched with pride as Evelyn Affleck, one of my colleagues, led this person with such grace, respect, safety and beauty. At the end of her time here this guest said, ‘You don’t know what you’ve done for me.’ We’re not just saying these things. We mean it. We want people to celebrate themselves.” 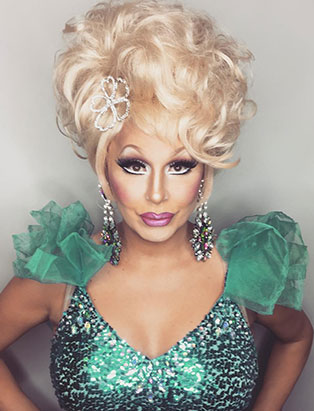 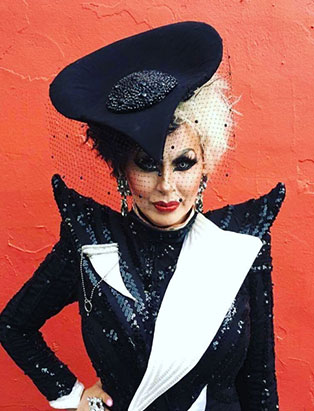 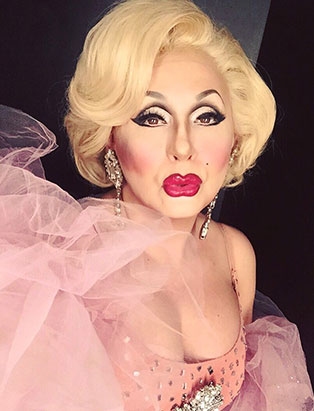 That spirit of generosity spills over to Jaylene’s weekends, where she regularly gives new performers the opportunity to foster their craft on the Legends stage.

“I want to share the art of drag it and keep the magic of what I discovered when I started. We work together to reveal every performer’s best artistry. Drag looks are personal expression. They can be avant-garde or fashion forward. All I ask from the other performers is that they keep that element of old Hollywood and Vegas glamour.

“My Legends experience flows with my experience at CurliQue and Blanche Macdonald. I’ve been doing celebrity transformations for years. But now I’m focused on creating characters on myself. Dolly Parton is probably my favourite. Physically I believe that I have the look down, and I feel comfortable in her movement and mannerisms. Cher came naturally too, but I didn’t know Tina Turner was in me. She’s such a strong athletic woman. You need confidence to get into her, but I feel I’m there now. It’s not always comfortable. I’m pushing myself the entire time. It’s been interesting learning how I can morph into celebrities like Mariah Carey, Marilyn Monroe or Whitney Houston. My goal is to embody their essence. That’s the real trick, capturing their aura so that people instantly know it’s them.

“I’ve been inspired by the art of drag for over 25 years now. It’s been my saviour. It’s allowed me to feel safe and to explore and have something special that’s my own.”

I do the best that I can on a daily basis. If someone sees something about me or my work that inspires them to be better, then I’m doing my job.

From bedazzling on the big stage to delivering doses of inspiration at CurliQue Beauty, Jaylene is on a mission to change lives.

“I do the best that I can on a daily basis. If you think your career aspirations are not attainable, I’m proof that they are. I’ve been clean and sober for almost 20 years and have the career of my dreams. I don’t worry what people think any more. I grew up with that. It took me a long time to realise the freedom of authenticity.”

The world has taken note. Even its superstars.

“I had a second row seat when Dolly Parton last played in Vancouver so, of course, I had to go as her. She saw me from the stage, told me I looked better than she did and then sang ‘Jolene’ to me. She just changed the words to ‘Drag Queen.’”