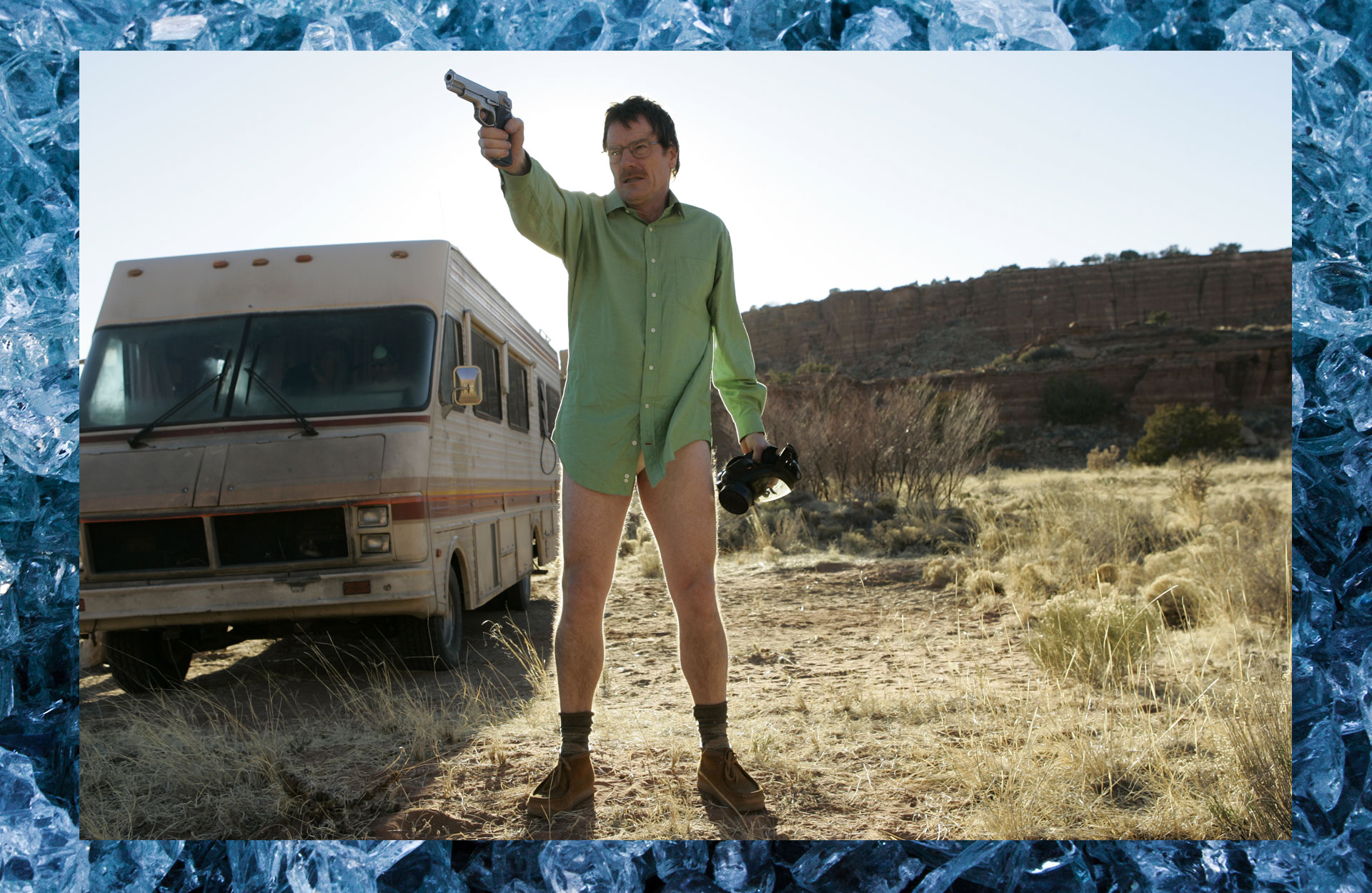 “For my entire life I felt that humans are boring looking,” laughs Pepper Gallegos. “I always liked sci-fi growing up and thought people should have ridges, horns and tails like the aliens on Star Trek. Why don’t we have these? So as soon as I started learning how to create movie makeup magic at Makeup School, I knew this was what I wanted to do. I wanted to turn people into aliens and make them look real. A new life exploded within me.”

Life these days is a blur of creativity for the Blanche Macdonald Makeup graduate. Working in her home state of New Mexico she’s brought a slice of Canadian makeup expertise to A-list productions ranging from TV masterpieces like Breaking Bad and Graves to on-line hits like [email protected] to movie blockbusters including Transformers: Revenge of the Fallen, The Lone Ranger and Batman v Superman. 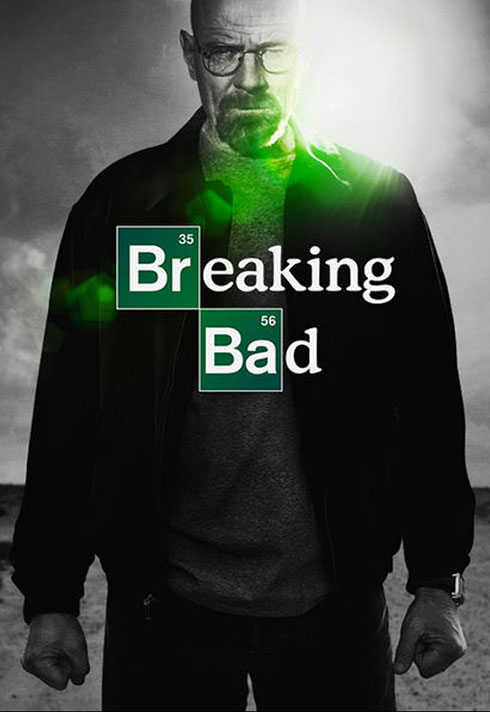 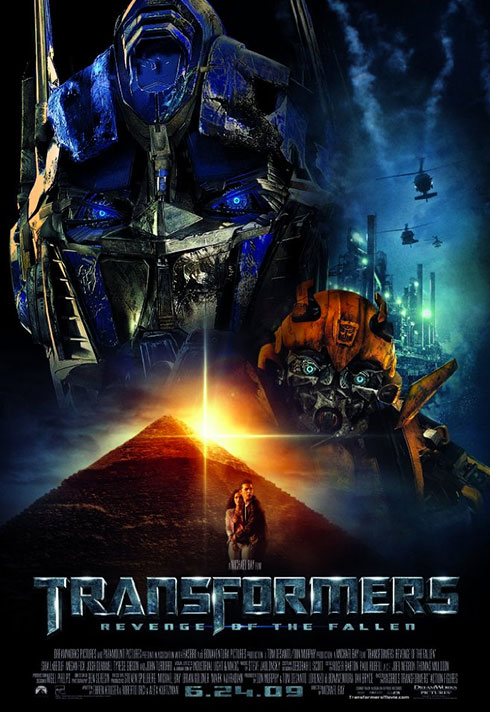 It’s an incredible résumé for an artist who didn’t even know a career as a movie makeup magician was possible until encountering Canada’s Top Makeup School by chance on a visit to Vancouver.

Pepper always had natural talent. Before becoming a Makeup Artist she was working as an art teacher and had her sculptures and paintings exhibited across her hometown of Las Cruces. But that ability was paired with an eternally positive demeanour that allowed her to even turn tragedy into opportunity.

Once I’d visited Blanche Macdonald I understood that there’s a big world out there for makeup. I wanted to sponge in all the information and see where it took me.

“To cut a very long story short, my mother was in terrible shape when she passed away,” recalls Pepper. “She had a big laceration on her face. For my father’s sake I wanted to make her look as good as possible, so I fixed her face using wax and makeup. Even though I had no idea what I was doing, that was my way of saying goodbye. I wasn’t making career plans, but I thought if I could help people see their family members look their best at tragic times, that would be great.”

Two years later, Pepper was on a road trip across North America to scatter her parents’ ashes across their favourite cities. One of those stops was Vancouver.

“I was staying across the road from the City Square mall and dropped in to buy something. I saw Blanche Macdonald and something about it called out to me. I followed my intuition and called to make an appointment. I was able to speak with Jill Wyness and was very impressed with how everything was laid out. A few months later I’d packed up my kids and we’d moved to Vancouver!

“By then I’d discovered that you need to be a licensed mortician to apply makeup on the deceased in New Mexico. That wasn’t going to happen! Once I’d visited Blanche Macdonald I understood that there’s a big world out there for makeup. I wanted to sponge in all the information and see where it took me. I wanted to become better at what I could already do. The thing that stood out to me was Special Makeup Effects. When I fixed my mother’s face I didn’t know what to do. I just jumped in and tried to figure it out. That’s how I’d done everything in my life. My instructors showed me how to do it all without the million steps I would take to get there.” 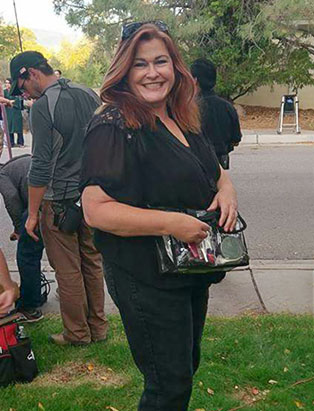 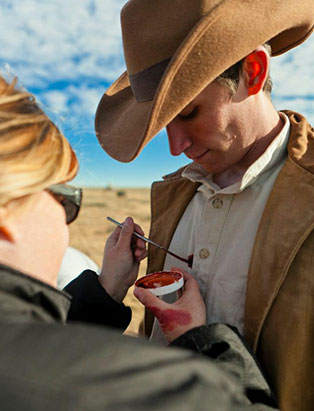 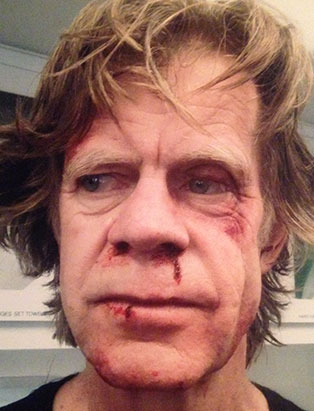 The temporarily transplanted American made an instant impression on the Vancouver film and TV industry, throwing herself into every opportunity that presented itself.

“I volunteered on French learning videos, and underground, student and independent films. One of my first big productions was a train safety campaign explaining what would happen if you were on a train that derailed. I created prosthetic injuries and cuts. I put glass in people’s heads. It was invigorating! For someone who’d never been on set before, there was a lot of hustle and bustle going on that I had no idea about. I watched every department and tried to learn everything I could, even up to how much blood you should use. That still helps me, rather than just knowing about my own little makeup corner.

“I volunteered at a company called SFX Inc in Burnaby. I had the knowledge from Blanche Macdonald and I was able to practice everything I’d learned. I helped to make a lot of the suits and painted a lot of feet and hands for a fantasy movie called In The Name of the King that starred Jason Statham, Ray Liotta and Burt Reynolds.”

When I put my heart into a job, I give it 150%. I don’t care if it’s a student film or a major studio production. They’ll get all of me.

Pepper left Vancouver and moved back to New Mexico, just in time to be called onto the set of a pilot for a show tentatively titled Breaking Bad.

“Breaking Bad was New Mexico’s shining glory as we entered the big time. That was very early in my career and it had some of the first professional actors I’d been introduced to, so I was a little in awe. I applied the tattoos on Aaron Paul and made the prosthetic swollen eye when he was kicked in the pilot. Brian Cranston was walking around in his chonies for three weeks. One of my jobs was putting sunscreen on his legs so he wouldn’t get sunburnt. I had no idea how great the show was going to be.

“Not that the cast or the script affects how I work. When I put my heart into a job, I give it 150%. I don’t care if it’s a student film or a major studio production. They’ll get all of me. That’s the way I’ve always worked. When you put your heart into something, you feel better and you work better.”

As Breaking Bad introduced New Mexico to audiences and the American TV and film industry, Pepper seized the moment. She made a movie star friend on the set of action comedy Refuge (“Linda Hamilton is a woman who kicks ass and doesn’t even take names. She doesn’t have the time.”) and played her part in the creation of Transformers: Revenge of the Fallen, The Book of Eli, Thor, Cowboys and Aliens, A Million Ways to Die in the West, Batman v Superman, and many more. 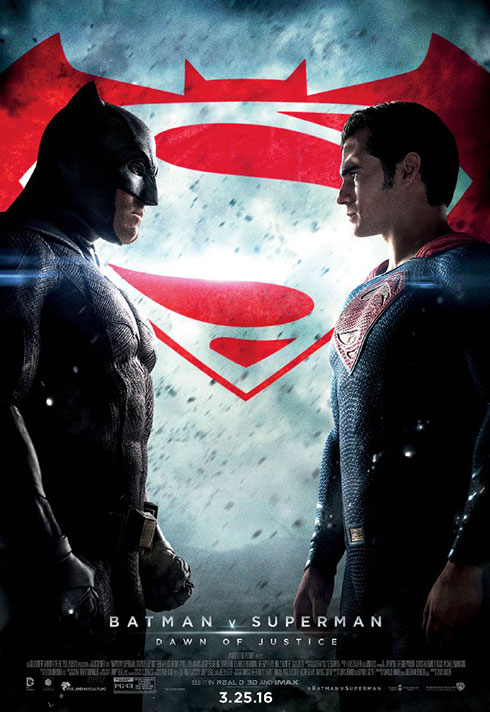 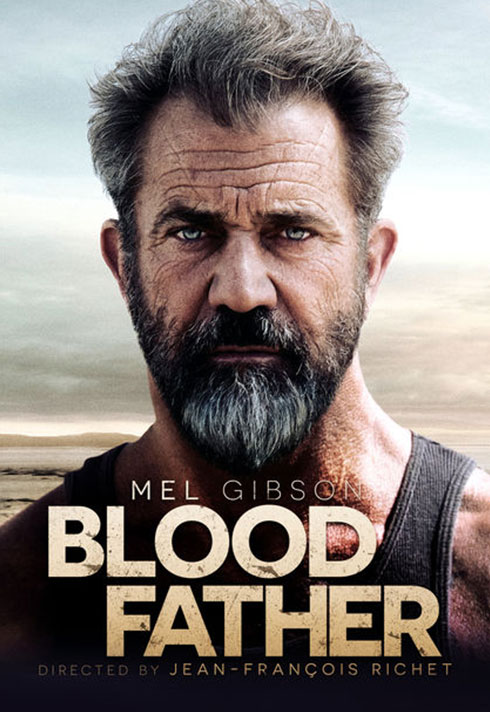 “I designed all the tattoos for a new movie called Only The Brave, starring Josh Brolin, Jennifer Connelly and Taylor Kitsch, which was something I’ve never done before. My team and I had ten days to design over 100 tattoos on seven characters. We were working around the clock to get them all ready.”

With her résumé and reputation growing, when political comedy-drama Graves began filming, Pepper was the perfect choice to be the Key Makeup Artist.

“Nick Nolte is a kook! He would arrive in the morning half asleep and as he woke up he would start telling jokes. Every little piece of him that I saw on set went into that character. There were long days and long nights. We worked our asses off and produced a fine season. There weren’t many effects needed, but one actress needed a tattoo that began on her chest, went over her shoulder, down her back and down to her leg. Getting that bad boy on was quite a trick.”

As a Key Artist it’s Pepper’s responsibility to build a team of artists around her. To become part of one of those teams needs more than skills. It needs a great attitude too.

“When Makeup Artists contact me about work I want to see where their strengths are. That means artwork and what they’re like to have around. I want team members that can jump in and help out. You need to know a bit of everything. You can have strong points, like tattoos or prosthetics, but if someone needs help with something like a laceration, you need to be ready to jump in. Even if it’s something as small as holding a flashlight when it’s dark. I want to make sure everyone is on the same page all the time so everything runs like clockwork. I want them to go home each night thinking ‘That was a kickass day—let’s do the same tomorrow!’”

New Mexico has changed since Pepper returned from Canada. Its fledging film and TV industry is rapidly coming of age, and Pepper’s on the front line. 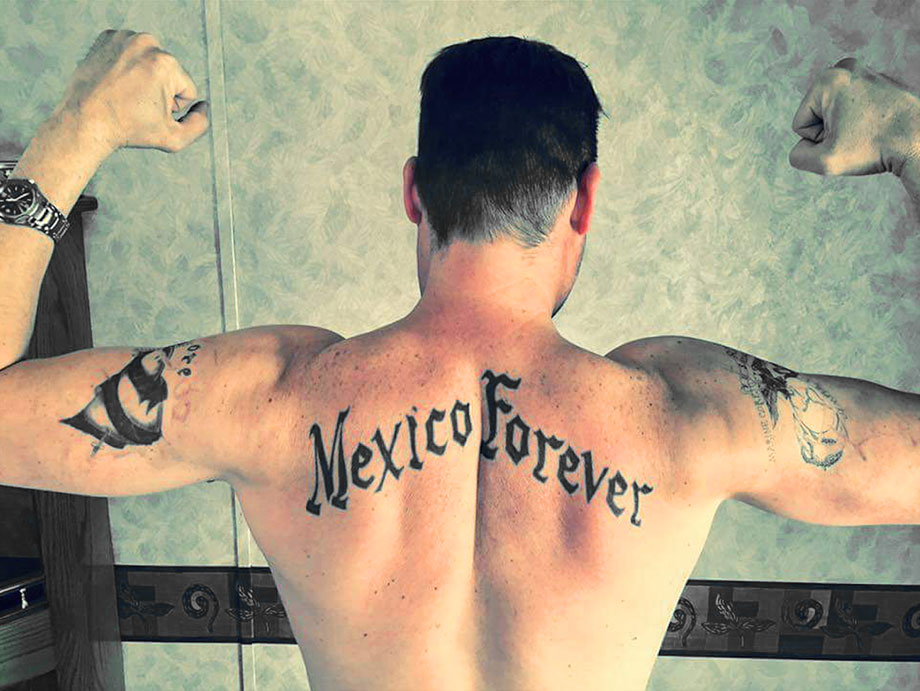 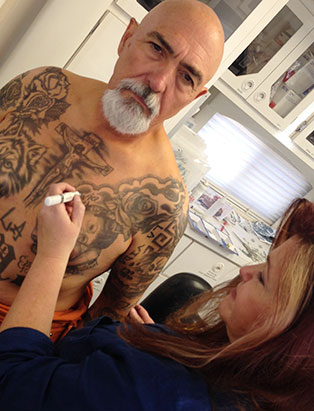 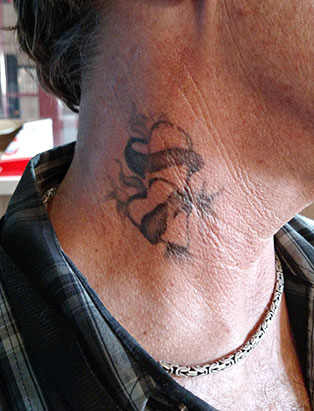 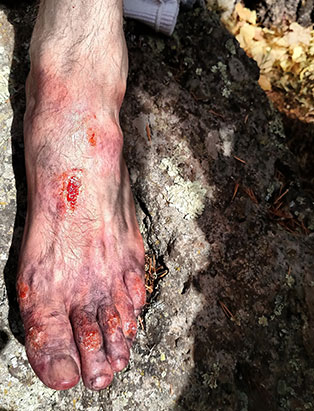 “Until two years ago there wasn’t even a prosthetic shop in New Mexico.

Everything was coming out of California. A friend of mine, Daniel Casillas, opened the first shop in the State, OnSet FX, and we won the contract to make prosthetic burnt bodies for the movie Blood Father with Mel Gibson.”

Whether its penitent politicians, burnt bodies or artistic aliens, Pepper is enjoying every moment she can create and make movie makeup magic. She’s proven it can be done. Now she’s inspiring the next generation to follow in her footsteps.

“Stay true to yourself,” she smiles. “Put your best foot forward and don’t give up. You’ll figure out how to do it.”