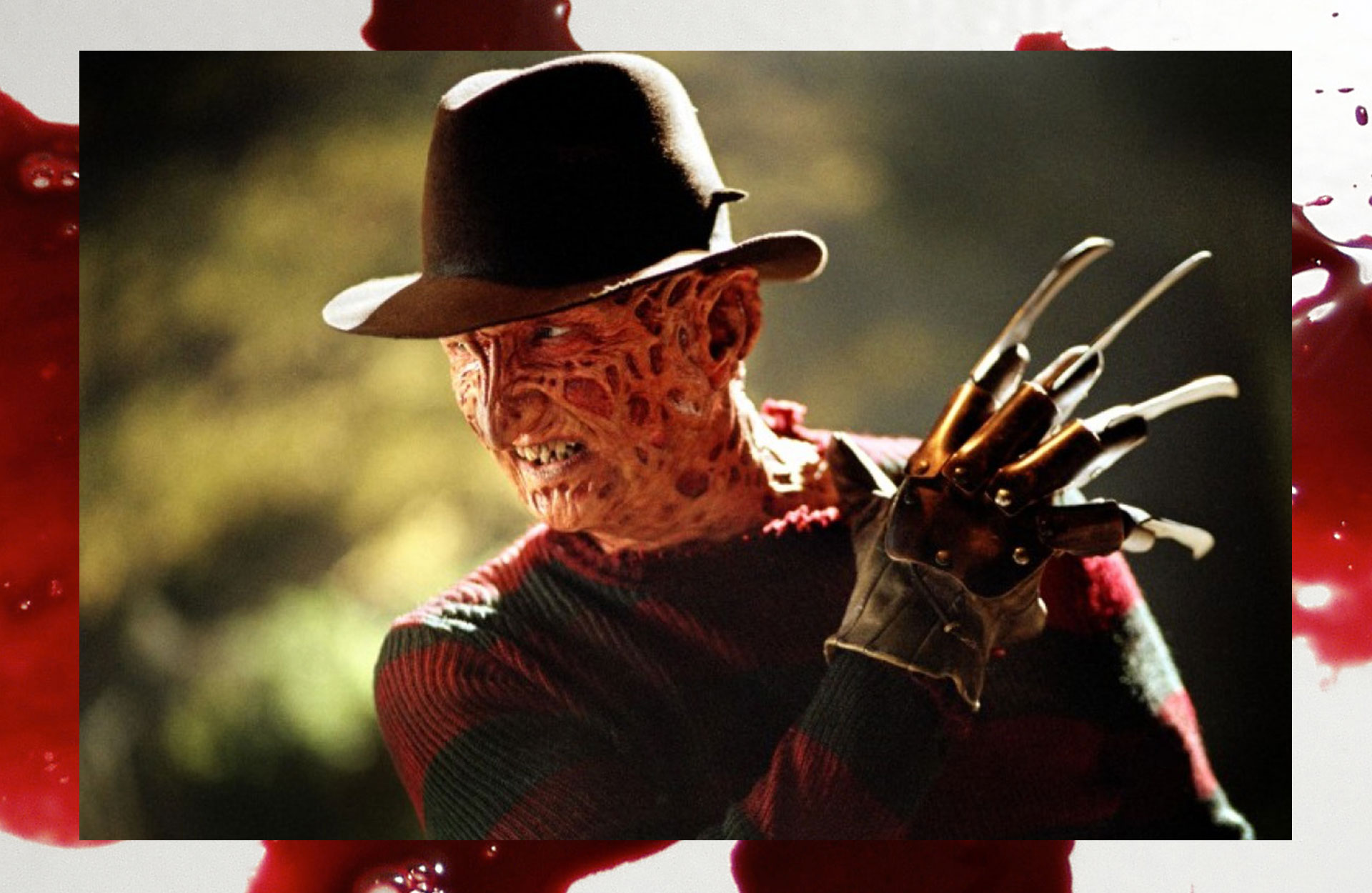 Rebeccah Delchambre understands what it takes to reach the top of the Film and TV Makeup industry. The Vancouver Makeup Artist has a long list of major movies, TV series, Leo Awards and Emmy Nominations on her résumé and is now in her second year as the Co-chairperson of the Makeup Department of the IATSE Local 891 Union in British Columbia and the Yukon.

As Designer, Head of Department, Key Makeup Artist or part of the team for projects including Elf, The A-Team, Alcatraz, Scary Movie 4, The Chronicles of Narnia, Are We Done Yet, Freddy vs Jason, and dozens more, it’s no surprise that Rebeccah has tales to tell. She’s a natural storyteller.

Her own story began in England with a talented fine artist for a mother and an inspiring drama teacher. At 11 years old Rebeccah and her mother moved to Toronto, launching an incredible behind-the-scenes journey in film and television.

“My Mom, Dinah Delchambre, is one of the best artists I’ve ever met,” promises Rebeccah. “She would go on set and paint portraits that would appear in the movies. That gave me a taste for film. I had opportunities to work behind the camera doing art pieces for the sets and storyboards, then in front of the camera doing background work, which led to an agent, and auditions. I soon realized I loved film with every cell in my body. However, I just found acting wasn’t as fulfilling as some other aspects of theatre and film. I’d done some makeup on myself and other cast members in theatre. I decided that I wanted do more.”

My experience at Makeup school was great. My favourite element of the program was character building in the TV and Film classes. Creating characters was what inspired me.

Rebeccah had left Toronto and headed west to become part of Vancouver’s booming film and TV industry. With a job at The Body Shop, she was using her self-taught makeup skills every day. Even then, Rebeccah knew she was never going to master her art without learning from the best. The time had come to find an industry-recognized Makeup School.

“I asked around and people I respected had gone to Blanche Macdonald. My experience at Makeup School was great. Jennifer Folk was one of my instructors. I honestly wasn’t thinking about becoming a TV and Film Makeup Artist. I just thought that I should try it out and see if it fit.

“I loved doing a beauty makeup, playing with ideas and the interaction, but my favourite element of the program was character building in the TV and film classes. Creating characters was what inspired me. I still have the binders and all the work I did at Blanche Macdonald!”

Rebeccah immediately took a position working at The Bay for Niko Cosmetics, and was soon headhunted by Dior. As her retail career was blossoming, Rebeccah was learning about the wide variety of products now available to her, trying them out and exploring new creative avenues.

“I would do makeup wherever I could,” she laughs. “The doors started to open. I volunteered at The Carousel and Arts Club Theatre Companies. I would do fashion shows at Holt Renfrew. I wanted to do everything. My attitude was ‘Yes! Yes! Yes!’ When I wasn’t earning money to pay the bills I would take any opportunity that came up.”

Those opportunities included music videos and short movies for the UBC Film Program. As the Head of Department on those shorts, Rebeccah brought her positive attitude to the challenge.

“At The Bay we were taught the phrase, ‘Yes I can.’ I still think like that. Let’s make it happen! In one UBC film the actress had to burn a cigarette out on her hand, which is a big effect fresh out of school considering the safety of the actress. I took a blister plaster and glued tin foil under it, applied it to the palm of her hand, covered it in latex and coloured it. Voila! A safe and dramatic out of kit effect! That’s how my career has been ever since. You give me a problem. I do my best to figure it out. I still love pulling the rabbit out of the hat.”

It didn’t take long for Rebeccah to become a member of the IATSE Film and TV union. As her role in major shows’ Makeup Departments began to grow, so did her library of great stories.

“I’ve had so many great jobs working as part of a big team of talented people. Freddy vs Jason was a super campy matchup of two iconic characters. It was mayhem. Sometimes we worked so hard I didn’t remember driving home, which from a safety standpoint is not a good thing! Working with Bill Terezakis on his team was amazing. On the second unit we were taking care of Freddy’s stunt double Doug Chapman, Ken Kirzinger, who played Jason, and his stunt double, Glenn Ennis. There were no limits to the blood letting. It was epic!”

“On The Santa Clause 2 I was teamed up with Leanne Podavin to do the Stunt Santa, and stunt Toy Santa. Another memorable moment! It was so great to work with Barry Koper and Charles Porlier who took care of Tim Allen’s transformations.

You're telling the story with paint, brushes and sometimes appliances. Beauty and prosthetic makeups complement each other and both have complimented my growth as an artist.

“Meeting challenges on shows for various Head of Departments has given me a wealth of experience that I treasure and a great resource that I bring to work every day. On the TV movie Murder Unveiled as the Head of Department I coordinated the design of ventilated facial hairpieces for Sikh characters with wig maker Stacey Butterworth. Our big challenge was to conceal the lace from the eyes of the new High Definition cameras. I won a Leo for this job! On Elf I applied elf ears, a gnome makeup and fun aging makeups on little kids’ hands for Victoria Down. On Scary Movie 3 and 4 we did all sorts of fun gags like a scalping and laying in extra chest and armpit hair for Taylor Roberts.

“On Steven Spielberg’s mini-series Taken I was creating aging makeups over three generations with Charles and Patricia Murray. We received an Emmy nomination for that. And of course, working on Howard Berger’s team in New Zealand for The Lion The Witch and The Wardrobe was an out of this world opportunity and such a fantastic project.”

Rebeccah is rightfully proud of her incredible work. But even more illuminating than her behind-the-scenes stories are her insights into what makes a successful movie makeup artist.

“We work in such small spaces. We’re next to each other all day long, so we need to be able to work together, be professional and hopefully enjoy each other’s company in support of what we’re trying to do – tell the story. We need to be able to get along as part of a big team. Finding a graceful way to do that with positive energy will take people far. If you’re on set smiling, being attentive, honest and showing that you’re able to do what the Head of Department or First Assistant needs, you’ll get the call next time.  Gossiping or grumbling won’t serve anyone. You can be on set for 18 hours on the side of a mountain in the pouring rain. It’s not glamorous. It takes an inspired and passionate person to be on set.”

Think that Beauty and Film and TV Makeup are two separate disciplines? Rebeccah will convince you otherwise.

“Makeup effects are the same as beauty makeups foundationally,” she insists. “The principles are the same with how you build your structure, the use of highlight and shadow, layering of colours and then finer painterly elements that create a look that’s organically part of the face. You’re telling the story with paint, brushes and sometimes appliances. Beauty and prosthetic makeups complement each other and both have complimented my growth as an artist. A prosthetic, a bald cap, covering a tattoo, beauty, it’s all the same to me. It’s about doing what’s needed.”

Rebeccah is now doing what’s needed in the role of IATSE Co-Chairperson for a second year. When she’s reviewing union permittee applications, she’s searching for talented, motivated and creative artists to join the IATSE 891 membership.

If you're on set smiling, being attentive, honest and showing that you're able to do what the Head of Department or First Assistant needs, you'll get the call next time.

“There are ebbs and flows in Vancouver for makeup opportunities, but if you’re a go-getter, organized, professional and have a positive attitude you will go far. To become a permittee grads need experience on set. They need to build their experience and show the ability to work well with different people and in varied work situations. I was insanely enthusiastic and would not be deterred. Whatever I was working on, I would give it my all.”

One last amazing thing about Rebeccah, alongside her incredible experience and stories, is her generosity when it comes to sharing her knowledge. And although you have to be an IATSE member or permittee to attend one of her master classes, everyone is welcome to her wisdom. You just have to ask.