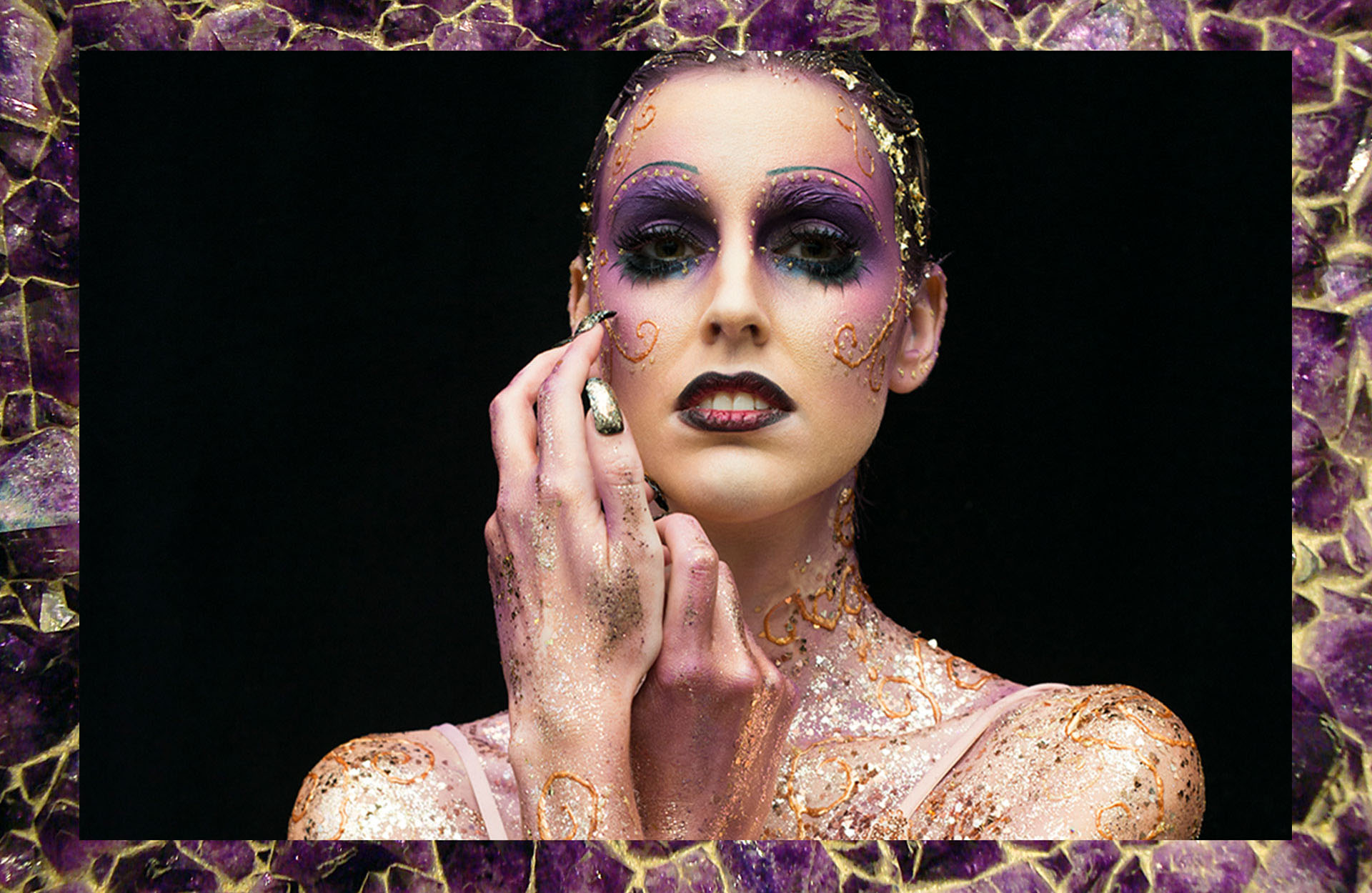 Daemon Cadman’s classes are always full of creativity and laughter, but that doesn’t mean she’ll ever accept less than the very best from her students. Behind the incredible artistry, positive attitude and ever-present smile, Daemon possesses a tenacity that she routinely passes on to her students at Vancouver Makeup School, Blanche Macdonald.

“I treat people in the classroom the same way they’ll be expected to work outside of school,” she explains. “You’ll have days when everything goes wrong. It happens to all of us. I tell students, if you’re going to have a meltdown, go to the bathroom, have a cry, then come back and do your makeup. On my first day in the Effects Shop working on Star Trek Beyond I sat in the bathroom three times because I was so stressed out. But you either quit or you do it. You look yourself in the mirror, go back out and do your best work.” 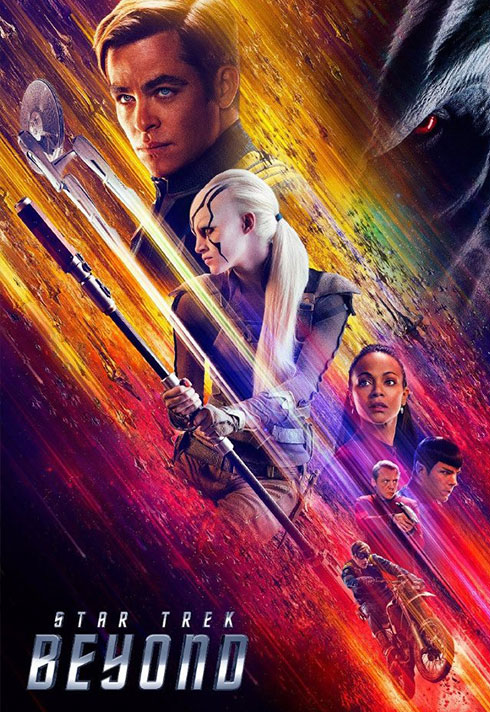 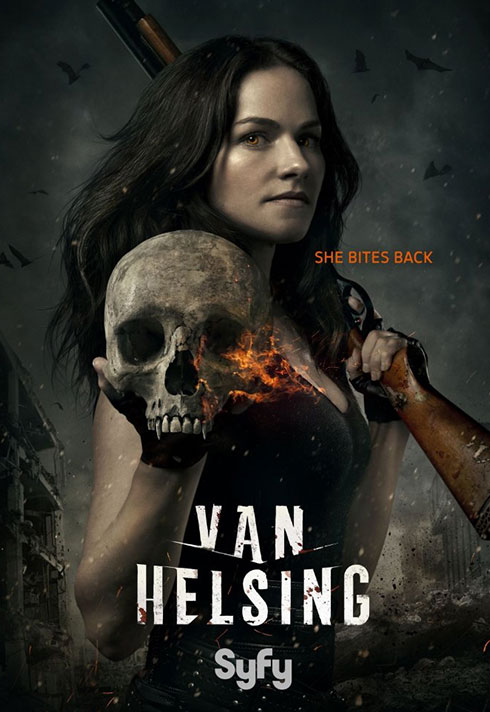 That stressful first day in the Effects Shop blossomed into seven weeks of work painting prosthetic appliances for aliens for one of this year’s guaranteed blockbusters. Which is remarkable, as Daemon doesn’t consider herself a Makeup Effects Artist. But it makes perfect sense once you understand that her entire career has been a series of unexpected triumphs. She never even set out to be a Makeup Artist.

Blanche Macdonald is special. Everyone here will share everything they know.

“I grew up in a very artistic environment in Vancouver,” she recalls. “My Dad played in bands and my Mom was a writer. It was a very free environment. My Mom bought me face paints when I was about seven, which was also when I found some David Bowie and Kiss albums. I would roller-skate around the block with blonde pigtails and my face painted, usually like Ace Frehley.”

Life took a tragic turn when Daemon’s brother was murdered in 1992, triggering a radical change in her family’s lives that culminated in her father becoming Canada’s lone independent Member of Parliament. Searching for an emotional and creative outlet, Daemon formed the industrial rock band Waiting For God, touring Canada and the West Coast. Despite the band’s critical and commercial success, it couldn’t last.

“I didn’t know what to do when the band broke up,” she admits. “Music had given me a focal point up to then. A friend was at Blanche Macdonald and needed a model for a hair class, so I volunteered. As I was sitting there I thought, I might be able to do this. I’d done theatrical makeup and my band was pretty Goth, so I wore a lot of black Makeup. I thought it would be a natural fit!” 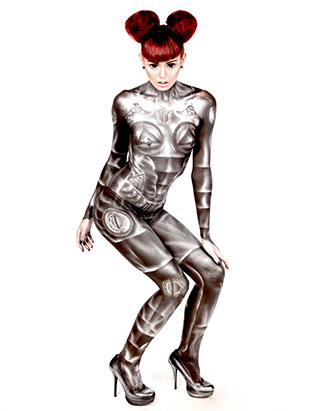 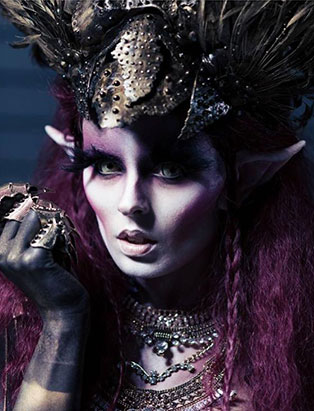 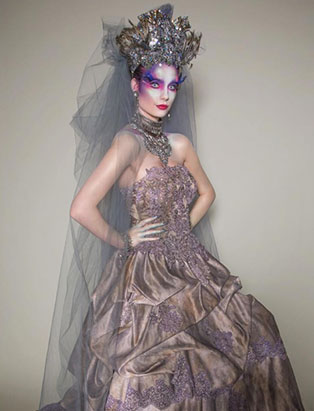 Considering the great artist she’s become, it comes as a surprise to learn that Daemon wasn’t an instant star in the classroom.

“I struggled at first,” she admits. “Everyone seemed to be good at bridal and pretty, soft makeup. My makeup would be heavy-handed or theatrical. I wore over the top makeup and all my friends did too. My teacher, Alannah Krutina, sat down with me and told me to grab basic makeup photos and look at them every single day. I did exactly that and eventually started to understand the artistry involved in it. I always appreciated my teachers’ honesty. They would tell me when something wasn’t good enough, and how to fix it.”

One short week after graduating Daemon was already on the set of her first student film. Which is where she learned that despite her initial nervousness, she would be able to overcome any challenge.

“They forgot to tell me that a stunt double was coming in! My actor had long blonde hair and the double had dark hair. I needed to come up with a quick solution. I ended up taking hair gel, scooping out some yellow foundation, mixing it up and slapping it on. It was horrific to look at close up, but it created an illusion for a longer shot. And it worked! You never know what’s going to be thrown at you as a Makeup Artist. You have to adapt!

When you have a good connection it will almost always lead to other jobs.

“I wasn’t aiming to get into TV and film but the offers kept coming. This business is all about networking. You have to get out there and work. I really wanted to create fashion and avant garde makeup but I would take any makeup job that came along. I demoed for Calvin Klein at Holt Renfrew, which seemed like a strange fit as I had purple hair at the time. I was doing shoots and fashion shows in boutiques. I was hustling all the time.”

With the heart of an artist beating inside her, Daemon wanted to explore new techniques and opportunities. This was before Blanche Macdonald had incorporated an airbrush module into our Makeup Programs. So she bought one of her own and took the first workshop she was able to attend. 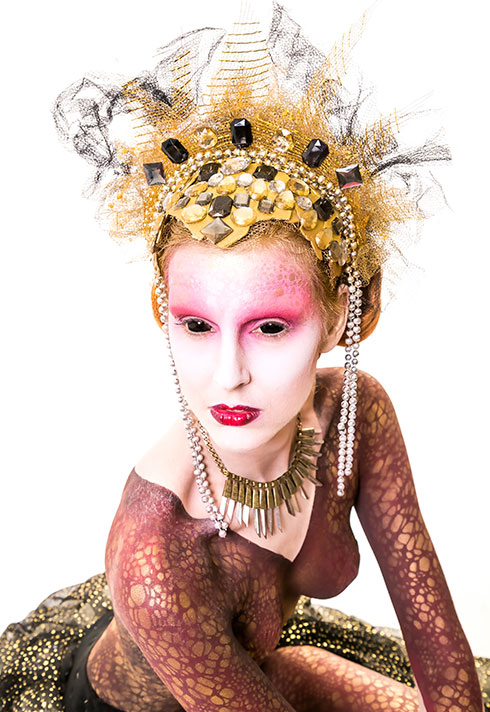 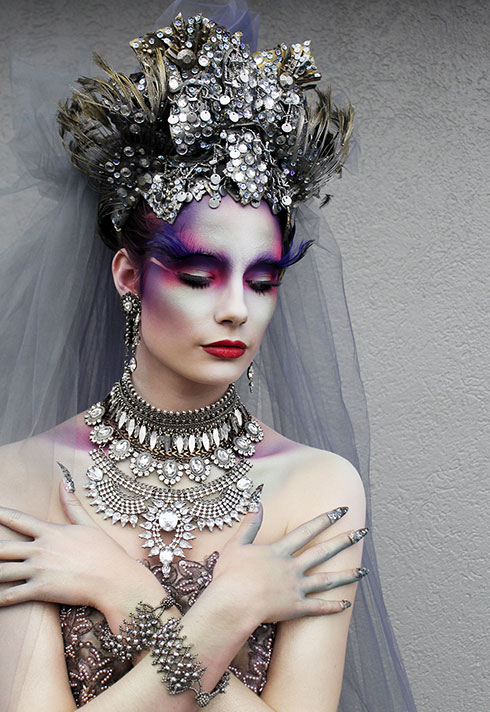 “The workshop was essentially ‘Here’s how to use it, don’t hurt yourself!’” she laughs. “Not long after that I was contacted by Molstar Entertainment which led to me doing bodypainting every time the Molson Indy race was held in Vancouver which was a great gig. I kept the connection, and that led to bodypainting work for Audi. When you have a good connection it will almost always lead to other jobs.”

I try to inspire my students. I'm honest with them too.

Daemon’s artistic and interpersonal skills led to work for Vancouver’s Absolute Spa Group, cosmetics line Fudge Warpaint and countless others. But her favourite job, one she has cherished for over a decade, is her role as instructor at Canada’s top Makeup School.

“Blanche Macdonald is special. Everyone here will share everything they know. I honestly want my students to be better than me! I love teaching. I’m literally painting every single day I come in. But the thing I love the most is when I see my students doing well as professionals. I’m so happy for them.

“I try to inspire students. I’m honest with them too. That sometimes means telling them that they’re aiming too high and their ideas won’t work right now. They might work in the future, but they need to build their skills first. Of course it’s fun to be creative, but I tell my students, ‘smoky eyes are probably going to pay your rent.’ They realize that creating a flawless face is an art itself, even though not everyone perceives that immediately.”

Students in Daemon’s airbrush classes instantly understand that they’re learning from one of the best. Expanding from the face to the entire body, from fashion looks to entire characters, is always challenging. Skill and creativity are essential. So is confidence. 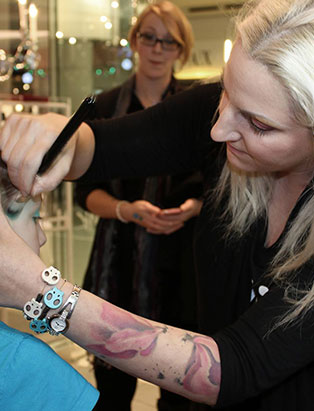 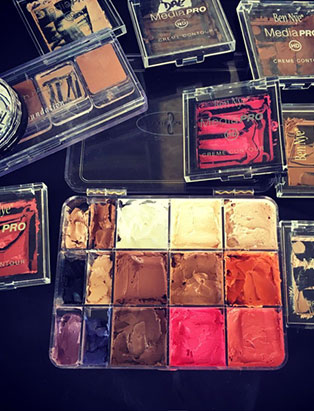 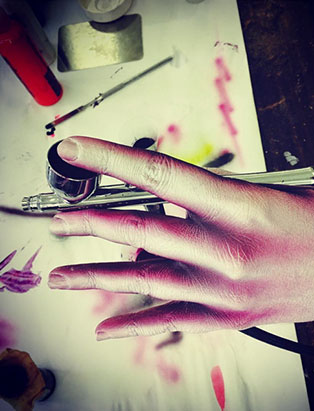 “The principles of art are the same but if I gave an artist a four by four canvas and said, I need a masterpiece in four hours, they’d tell me that they couldn’t get it done in that time. With bodypainting you need to get a masterpiece done in four hours. You’re working on a person that needs to take breaks and get on with their life. I tell students that they can do it, but there are no do-overs. You can’t always wipe it off and start again. If it’s not going according to plan you need to morph your idea and make it work.”

Making things work is a running theme in Daemon’s life. Which is why when her husband, special effects wizard and fellow Blanche Macdonald grad and instructor Holland Miller, saw that Joel Harlow’s effects shop needed a helping hand airbrush painting aliens for Star Trek Beyond, he knew exactly who they could call.

“I was supposed to be there for a week,” laughs Daemon. “After three days I was painting a character when Joel Harlow walks in, says nice to meet me, and tells me that I need to come up with a separate paint job on the piece for another shot; the same species of alien, but recognisable as a different character. I came up with another idea and Joel loved it.

“There are no practice prosthetics at that level. The first piece I worked on cost $12,000. That means ‘Don’t mess this up!’”