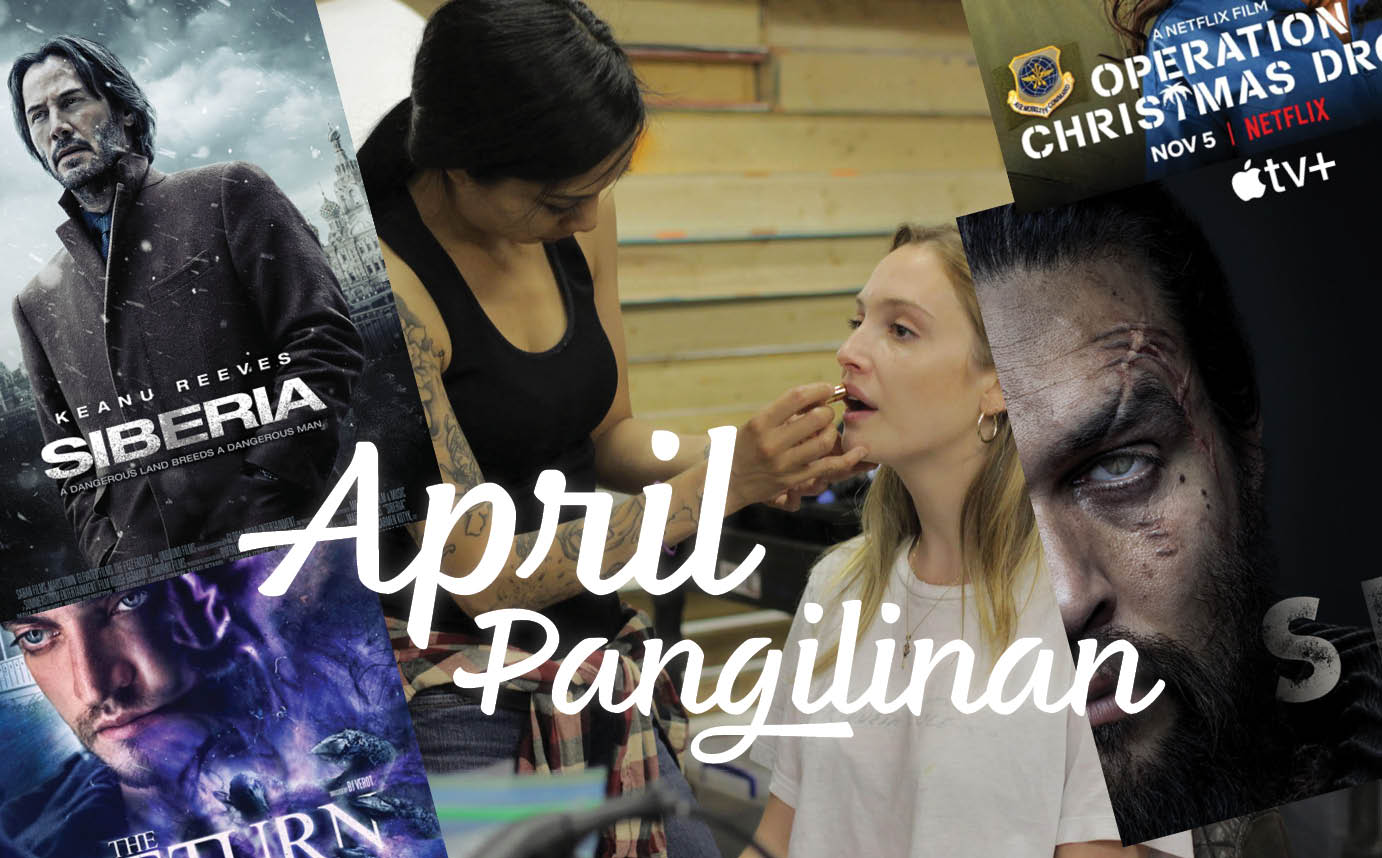 Ten years ago April Pangilinan was stuck in a job screening passengers at Winnipeg airport. These days she’s doing Makeup for Movies, mixing with A-listers as one of Canada’s brightest Artists in TV & Film.

I saw how many people who went to Blanche Macdonald succeeded in the industry.

“I was First Assistant on Siberia, starring Keanu Reeves,” smiles April. “I didn’t do his makeup but it was mind-blowing to be on the same set as him. At the wrap party Keanu said to me, ‘I don’t mean to be rude, but what’s your nationality?’ I told him that I’m Filipino and how excited my parents were that I was working with him. He grabbed my phone, took a photo of us together and said, ‘I want you to send this to your Mom and Dad and tell them I say hello.’”

April’s decision to embrace her creative gifts and to study Makeup at Blanche Macdonald proved life changing. A decade ago her artistic endeavours came from colleagues at the airport asking for paintings and tattoo design ideas. These days she’s creating on the set of Apple TV series See, heading the Makeup Department for thriller The Return (starring Richard Harmon from The 100), mastering Makeup Effects alongside legends like Toby Lindala, Francois Dagenais and Tenille Shockey, and working as Kat Graham’s personal Makeup Artist whenever the star is in Canada. It’s been a remarkable transformation. Like all journeys, the most important step was the first.

“After five years with at the airport I realized if I stayed I’d be there until I was 60. I was making money but I wasn’t happy. Face Off arrived on TV and I thought, ‘I want to build monsters!’

Every instructor helped me see everyone’s beauty and that it’s a gift to make someone feel beautiful.

“I saw how many people who went to Blanche Macdonald succeeded in the industry. I was 27, the oldest in the class. I’d never touched or wore Makeup before. As soon as I picked up a brush and started working on the contours of the face, I realized there’s more to this than a there is on a flat piece of paper. I could create and do more. I could think outside the box and that was great.

“Each course was a new challenge. Every instructor inspired me in their own way. They helped me see everyone’s beauty and that it’s a gift to make someone feel beautiful. I loved their stories from the sets of my favourite movies. Understanding you could take something from your kitchen and make someone look disgusting was so exciting.”

“When I found out Doug did Jumanji, I knew I needed him to take me under his wing. It was challenging being the new person, especially as I look like I’m straight out of high school. I had to prove myself, which I did eventually. One Christmas Eve was my first job doing makeup for movies. It was awesome!”

It was a pleasure for April to be home, but an even bigger pleasure to be back where the action was.

“I was talking to Joanna Mireau and she told me they needed assistants for a show being filmed in Vancouver called See. I flew back and forth for a few weeks but seeing the budget for a show as big as Game of Thrones that stars Jason Mamoa made me realize Vancouver was where I needed to be based. I learnt a lot working with (Blanche Macdonald Makeup instructor) Leah Ehman on See. She designed all the different tribes and you could see her passion in the characters. She’d read the script and created amazing designs based on those words.”

Last year I got a call inviting me out to Guam to work with Kat Graham!

Creating character makeup for movies is at the heart of the Film and TV Makeup Artist’s job, no matter the limitations.

“You’re creating characters that the writers and director already have in mind. If you can make them happy that’s the best compliment possible. I just finished doing makeup for a movie called Solitary starring Barry Pepper. I sat down with Barry and we talked about how we saw the character. Together we created a look we were both happy with. The character looks like scumbag because we talked precisely about how scummy we wanted him to be.

“On a low budget show you might need to pull off a $1000 prosthetic look out of a kit. I was working on The Return, and I needed to make an actress look 20 years younger. You find ways of doing it, even if it takes going to Sephora and getting samples of their most expensive creams. There’s always a way.”

Creativity is at the heart of April’s work. So are relationships.

“My mentality is that whoever is sitting in my chair, they’re treated like they’re number one. Actors know who’s real and who’s fake. With Kat Graham I was real. We met on the set of How It Ends. My boss said, ‘She’s all yours.’ She sat in my chair, we hit it off and she asked me how I felt about becoming her personal Makeup Artist in Canada. Last year I got a call inviting me out to Guam to work with Kat. I thought it was a joke at first then I got a call from Kat saying ‘We’re going to Guaaaaaaam!’”

If April’s career doing makeup for movies and celebrities seems like a never-ending stream of creative challenges and charming stars, well, that’s not far from the truth.

“Every day is different because each scene is different. You have to be on your toes, which I love. Every day I’m on set feels like Christmas.

Celebrity friendships and messages from Keanu Reeves are all part of the fun for April, but her greatest joys still come from sharing her artistry with the world and the people she loves.