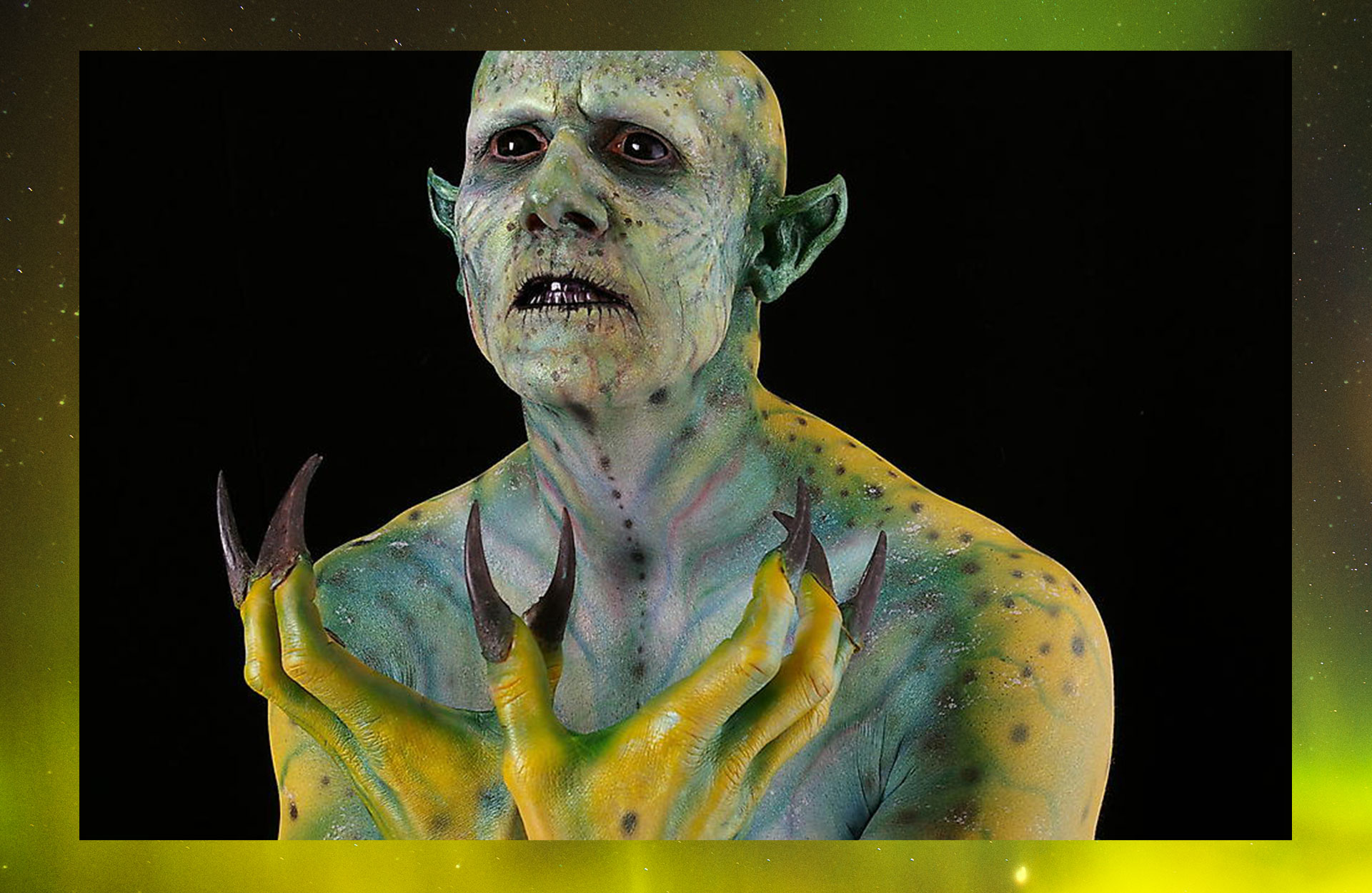 It doesn’t take long to be swept up by Leanne Rae Podavin’s enthusiasm for her art. The Vancouver Special Effects Makeup genius has a passion that students at Canada’s #1 Makeup School get to experience on a regular basis.

“I’m always saying to my students, ‘Isn’t this awesome? Isn’t this so much fun? Imagine if you could do this every day?’ It’s like Halloween every day!”

For Leanne, Halloween still comes daily. When she’s not inspiring the next generation of movie magicians the Blanche Macdonald graduate-turned-instructor is working at the cutting edge of the Makeup Effects industry. Her incredible résumé includes stints on series including Millennium and Masters of Horror, alongside movies like X-Men 2 and Thir13een Ghosts, and an impressive Emmy Award nomination for The X Files. Her perpetual enthusiasm is understandable. Growing up, she didn’t know her amazing career was even possible. 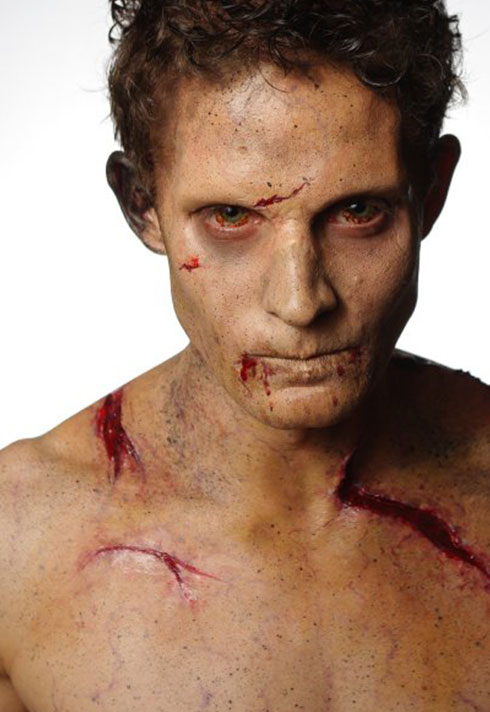 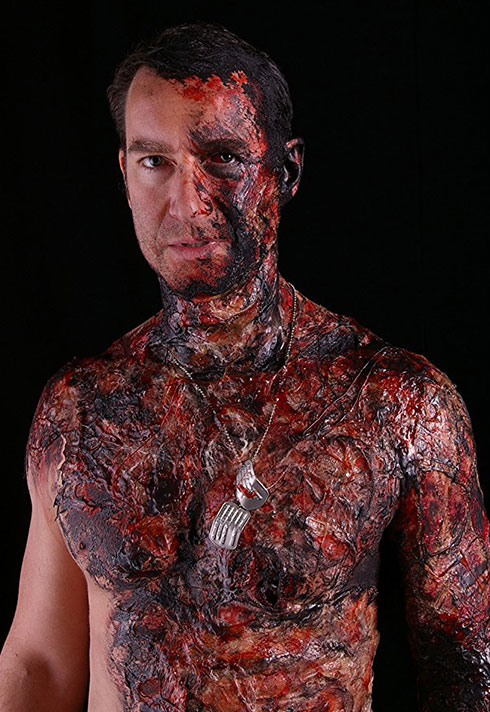 “I always loved creature movies, but I never thought it could be a job. My favourite movie of all time is Jaws. And I loved Alien and Aliens. Those monsters looked so real. I did well at art in High School and won a scholarship for Fine Arts, but after two years I didn’t feel that was what I wanted. My friend, Deanna Milligan, was teaching at Blanche Macdonald and said, ‘Why don’t you come and do makeup?’ Growing up in North Delta I’d do makeup on my friends so I thought, why not? I knew I wanted a career in art. I could have a career on faces instead of canvas.

I thought, right there on that first day of Makeup Effects, that this is what I’m going to do for the rest of my life.

“The entire program was awesome and I had a great time learning beauty makeup. I was there early, always asking questions. Then on the first day of Makeup Effects our instructor, Michelle Pedersen, showed us how to do a cut with wax. That’s when the light bulb went on in my head. Fireworks actually! I thought, right there on that first day of Makeup Effects, that this is what I’m going to do for the rest of my life. I put up my hand and said, ‘When do we get to make werewolves?’”

Back in the mid-1990s Blanche Macdonald’s Programs didn’t teach prosthetics effects (Leanne and her colleagues do exactly that now), so she headed to Los Angeles to continue her Makeup education and career. 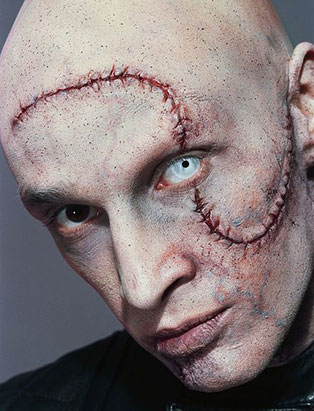 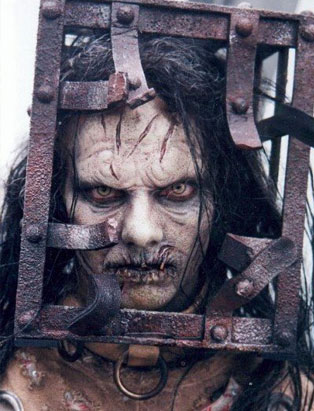 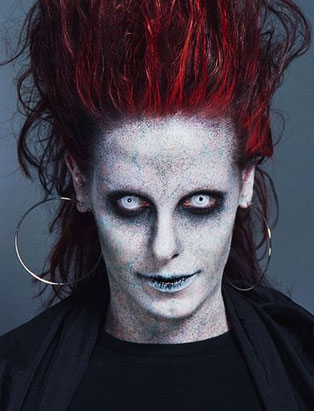 “My first job was a month in Fontana, California on a low budget action movie called Deadly Currency, starring Deron McBee, who was an American Gladiator. After that I got a temporary job painting teeth at Matthew Mungle’s studio. He’d won an Oscar for Dracula.”

Blanche Macdonald watched Leanne’s career blossom while she was south of the border, and when she returned to Vancouver she was offered a teaching position to cover a maternity leave. She’s been a proud member of the team ever since.

“I loved it from the get go! I realized I had a passion for teaching. I loved seeing the excitement from taking a lump of wax, showing students what you can do with it, and their excitement when they catch a bit of my passion. My classes were super fun then and they still are.”

As Leanne’s career in education began to bloom, her film and TV career exploded too. 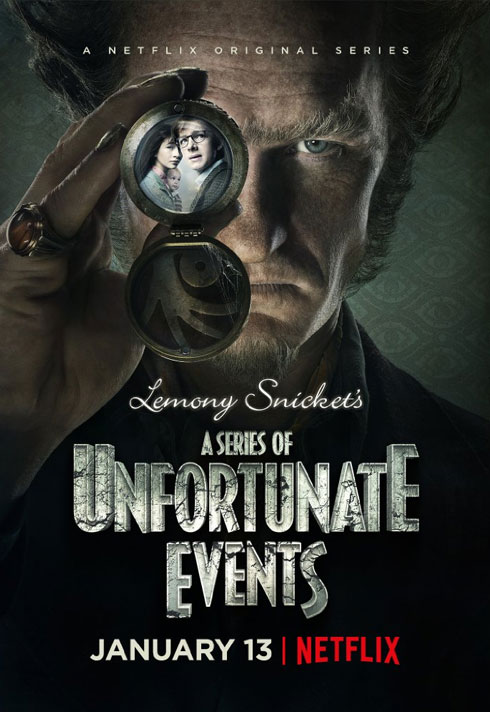 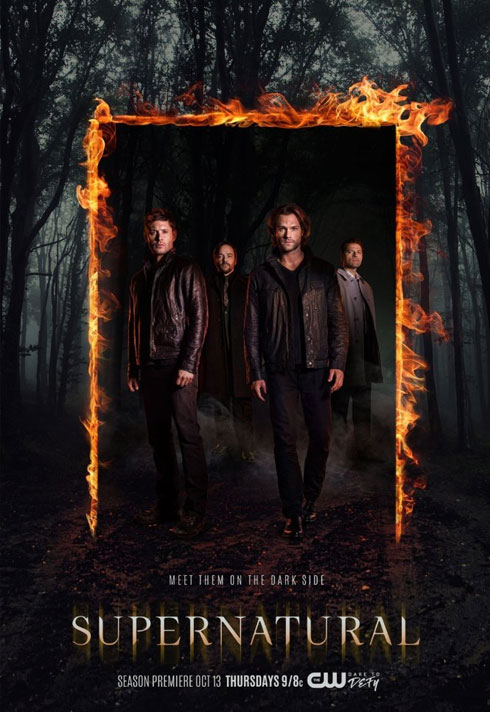 “I was doing a short film at the time with David Ray. He saw my book and said that I should go work on The X Files. I said, ‘No kidding!’ It turned out he was the key PA on The X Files and one of his best friends was Toby Lindala, who did the Makeup Effects for the show. I was too shy to phone Toby, but I colour photocopied my pictures, put them in a book, and sent it to Toby by registered mail. About a week later I got a call from Toby’s shop asking me to come in the next day.

“I brought my portfolio because I thought it was an interview. A guy called Mike Fields met me at the door and said ‘Are you Leanne? You better put a smock on and clean those masks.’ I worked the whole day and had so much fun. Around five that afternoon Toby came in, told me he liked my stuff, said that everyone liked me and asked when I could start. I was cleaning buckets, sweeping the floor and making gelatin. It was on the job training and it was incredible. Toby was busy with lots of shows, so I had the opportunity to move up fast. We were working on shows like The X Files, Millennium, Poltergeist, and movies like Disturbing Behaviour. It was actually better than I thought it would be. I couldn’t believe you could have so much fun doing a job!”

“X-Men 2 was a lot of fun. Thir13een Ghosts was probably the most fun I had on set because there were so many ghosts. That’s the show where I became good friends with my idol, Howard Berger. I worked with him on Ginger Snaps 3, which was a hoot, and a TV show called Masters of Horror. I did a whole year on Special Unit 2, where every week there was a different monster. 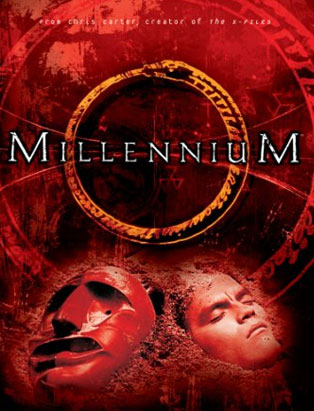 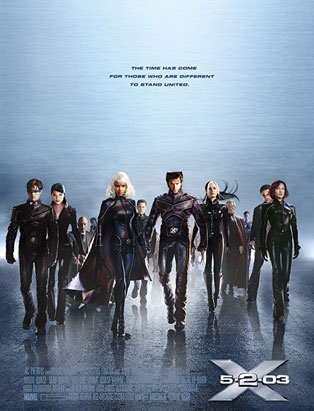 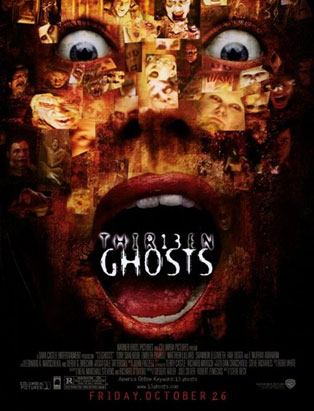 “My favourite thing even now is the reaction when people see what I’ve done. I did a series called Harsh Realm with Chris Carter, who created The X Files. I was working on Terry O’Quinn. Bill Terezakis and I transformed him into a completely different person with new hair, and a different forehead, nose and chin. One of the Assistant Directors asked me when I’d be done with Terry. I said, ‘He’s done. He’s over there having a coffee.’ No one realised it was him. That was awesome!”

Even though Leanne was always a natural, she doesn’t feel that her talent has been the key to her success as a Special Effects Makeup Artist. It’s all about the right attitude.

“Professionalism is actually more important than artistry,” she insists. “Toby Lindala hired me because the people there liked me. I was fun and easy to work with. As a Makeup Artist you need to be a people person. Your artistry will follow, and you’ll get better as you go along. Makeup Artistry is a work in progress. You’ll never know it all. Every day you learn something new. Having a positive attitude and being professional is the most important thing. It’s so enjoyable and so much fun, but you still always need to be polite. Howard Berger has a quote. ‘Take your work seriously but don’t be serious at work.’ That’s what I tell my students.”

Leanne’s relationship with her students goes beyond the classroom. If you’re ready in her eyes, you’re ready for the industry. 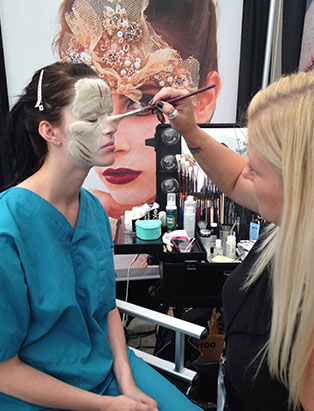 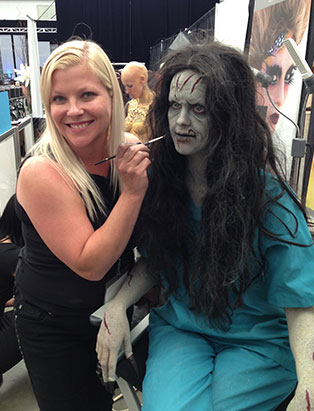 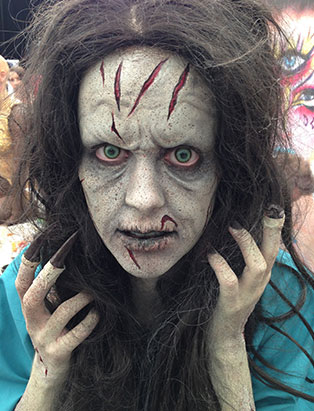 “When I’m teaching all the exercises are timed, so students get used to working under pressure, in a friendly way, of course. You have to be efficient. Céline Godeau was one of my students. We asked her to join us on Special Unit 2 and she was with us for the whole year.

“I got a call from Masters FX asking if I knew a student who could be a runner and help them out? I was like, ‘There’s a great girl graduating tomorrow’. That was Sarah Pickersgill, and she’s still there!”

It’s hard to figure out what Leanne loves more – working on new projects like the Official Selection at the Comic Com International Independent Film Festival horror short Trash or bringing her inspirational artistic approach to the next generation. For Leanne, they’re two sides to the same coin.

Makeup Artistry is a work in progress. You’ll never know it all. Every day you learn something new.

Makeup Artistry is a work in progress. You’ll never know it all. Every day you learn something new.

“I tell students, even though you were only in my classroom for two months, I’ll be your teacher forever. So if you have any questions email me any time. And then I usually cry a little! I get emails all the time from students from years ago. Things like, ‘I’m in Taipei. I’m doing a movie and they don’t have 99% alcohol here. What kind of product can I use?’

“The students that are successful are the ones who won’t take no for an answer. They keep practicing, they stay positive and they keep trying. If it’s truly what you really want to do you won’t stop at anything. You just need to keep going.”