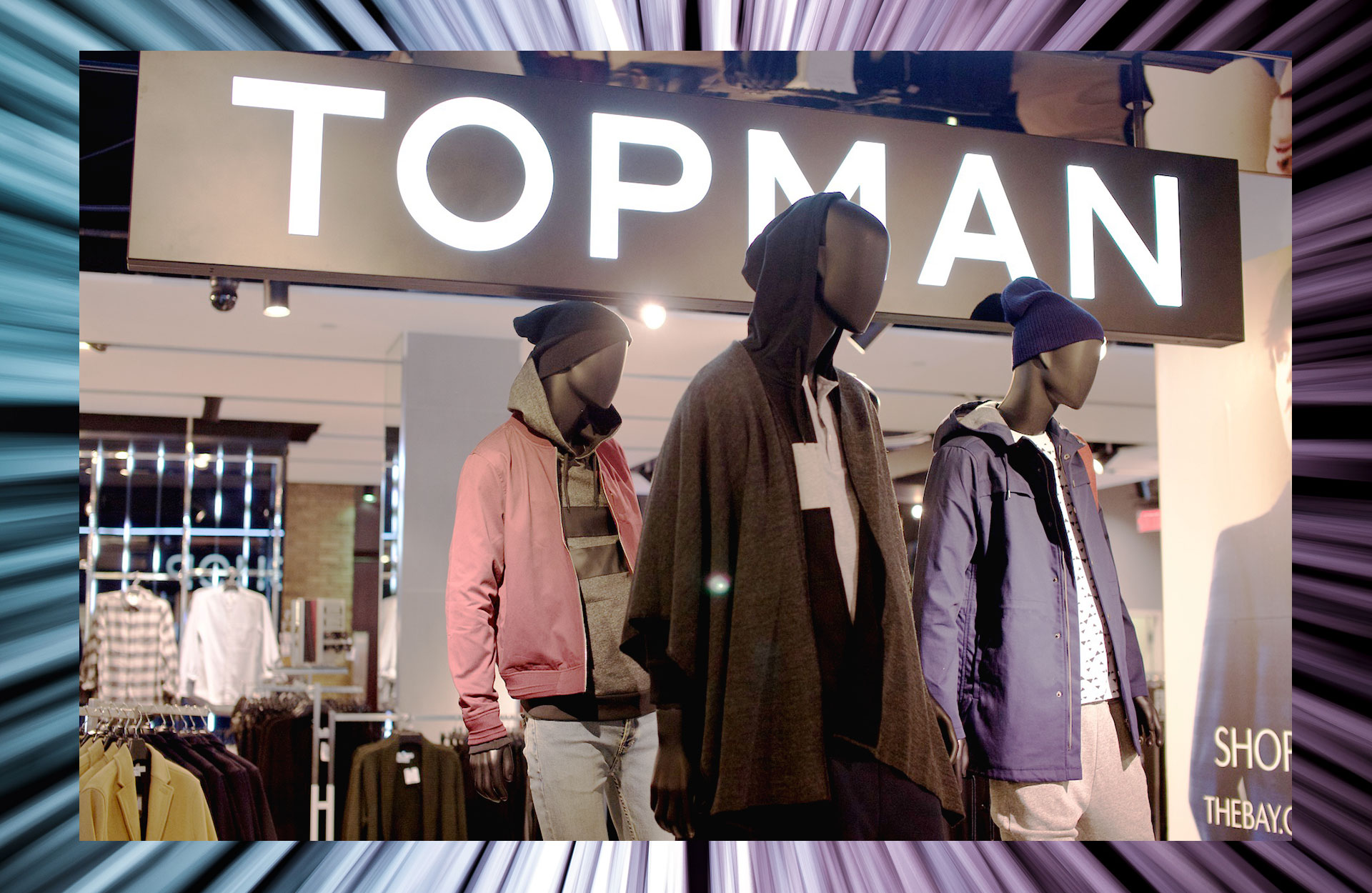 Fashion Marketing Co-op graduate Jake Jang may just be the friendliest head-to-toe-black-clad cool kid you have ever met. He lopes in, a towering silhouette wearing a self-possessed smile and a soft leather jacket that slips down the wide span of his shoulders. His manner is warm and easy (you can practically hear the lean-back in his speech), and he is liable to peel into bright bolts of laughter at any given turn of the conversation.

He cuts a distinct figure against Atelier Campus’ expanse of white, where we sit huddled over an iPhone, sifting through a bright miscellany of squares.

“I spend a lot of time looking through street photos on Instagram’s Discover section. Not this naked guy,” he snorts, flicking away a particularly brazen bit of feed, “but a lot of these great fashion merchandising accounts will just randomly show up. I find new people to follow all the time. Like @GRINDmagazine! I know right? I didn’t know about that one either, it just popped up one day. You gotta follow that one.”

The army is that last place you would envision a character such as Jake, but in his home country of Korea, serving is simply run of the mill.

“Serving in the Republic of Korea Army is our national duty for two years; I was there because I had to be but it actually changed my life. Before that I was just wasting my time, drinking and partying, and I didn’t know what I was doing. For those two years, I could think about my life, about what I wanted to do in the future. It played a big part in my decision to come to North America.

“Some time later, I applied for an internship with a Korean brand in New York but first stopped by Vancouver to study English. I met my girlfriend, decided to stay, enrolled in Fashion School at Blanche Macdonald and now – here I am,” Jake grins.

Jang’s confident hold on the English language and cultural goings-on belie his relative new beginnings in Canada; in just the two years that he has lived in Vancouver, he has made fast friends of a wide array of the city’s subculture coteries and fashion industry self-starters, and has landed himself in a choice slot at tip top trend arena, Topshop. And yet, even he’ll admit that moving to a new country alone was hard-won.

“My English was so bad when I first moved here! The only things I could say were ‘Hi.’ ‘How are you.’ ‘Thank you.’ ‘See you again.’ My girlfriend helped me a lot and now we are planning our future together. We had to communicate because we were in a relationship and luckily, she was training to be an English teacher so it was a good experience both for her and for me. It was really hard that first year but it’s just in my personality that if I don’t know about something, I’d rather ask. I became best friends with one of my classmates, Daniel; he’s helped me a lot too. It’s kind of like my girlfriend taught me the basic structure of the language and Daniel gave me the fat, the muscle.”

Jake’s advice to those coming to Vancouver to pick up a new language?

“Get a girlfriend or boyfriend!” he laughs, before turning to a more serious, spirited appeal. “Make friends. What I hate seeing is when international students only hang out amongst themselves, in their own communities. Well then, what the fuck’s the point? You’re in Canada and you came here to be in Canada and now you’re hanging out in Little Korea or China? You should try to get out and talk to people; they have actually always been really nice to me, even back when I was awful at speaking English. Almost all of my friends are Canadians. A lot of international students will go to international drinking places, hang out within a replica of their community. What I’m saying is that they should try ‘HELLO,’ and say hello first!”

Vancouver’s pull has intensified over time for Jake and it’s feeling more and more like home, even as he keeps his eyes trained on grand goals. It helps to have a pseudo family in the Fashion department of Blanche Macdonald.

Vancouver is a great starter city; coming from Asia, it is a bridge to the big Fashion capitals, where you can get into the culture and then move on to the next level.

“I loved everyone at Blanche Macdonald. I seriously loved going to school here. I like pray to Jesus, thank God that I was sent here,” he laughs “Obviously Peggy [Morrison] was a favourite, Lyndi Barrett, Tyler [Udall] – Tyler really motivated me. His personal story—working for Marc Jacobs and whatever else—really drove me to want to do something big. And Mel Watts! My Fashion Mom. I just came from her office. I used to go see her every day.”

Jake’s real mom also played a big part in Jake’s Fashion career. She was the one who first set it off, often kitting him out in choice goods selected from the Adidas Original company that she owned in Korea (“I look back at my pictures from back when I was three or four, and I looked good, I used to dress so cool!”). Jake had an eye for style from the start but it wasn’t until after a three-year stint in Business Administration at Hongik University that he began to engage it professionally.

“I went to Business School because I knew that would bring in money and quickly realized that that was not what I wanted to do. I tried several different jobs – I used to teach mathematics and then did accounting things – but I never liked it so I knew I had to move on.

“After school, I started working at a street style company called Camscon, following fashionable students at various colleges – there are more than 75 schools, so it’s a huge database. I would hang around campuses all day and take photos. Street style is huge in Korea. It’s all about fashion there and a lot of Korean fashion is influenced by street style.”

Here, for Jake at least, lies one of the most marked differences between Vancouver and his home city of Seoul.

“It’s a different lifestyle here. Korea is a huge city and fashion is a big part of our lifestyle. We dress up for ourselves daily, not just for events. Here I find that dressing up is special – there aren’t many that do it day-to-day in Vancouver (except for here at Blanche). The lifestyle here can still be refreshing – sometimes style can be too much in Korea.

“Vancouver is a great starter city; coming from Asia, it is a bridge to the big Fashion capitals, where you can get into the culture and then move on to the next level. And Vancouver is getting bigger and bigger – it’s grown so much even since I first landed here. There’s a Nordstrom just down the street and there are so many high end stores popping up. Did you see that huge new Prada flagship? We just got the Moncler store there too; their windows are amazing. It’s good to have these big brands in the city for inspiration.”

Even if Vancouver isn’t quite as outre in their sartorial choices as Seoul, Jake has been playing his part in influencing the masses towards more style savvy choices, working with international Fashion Designer and fellow BMC graduate, Alex S. Yu for Vancouver Fashion Week, selling cool cool-weather staples at Rudsak, even modeling for Blanche Macdonald’s Fashion Showcase this past year. And recently he’s landed a dual dream job of Stylist and Visual Merchandiser for the men’s department at Topshop.

“I dropped off my resume at Topman because it’s one of my favourite brands here and they had me back for five interviews… FIVE. In the end, they hired me for both the Merchandising AND Styling teams, so I split up the week between the two. It’s been a month and I love it!”

So far, securing this job been one of his proudest moments, though that doesn’t stop him from aspiring for even grander things. He plans to use the expiration of his Visa, coming up for next year, as a boost up to the next stages of his career.

I loved everyone at Blanche Macdonald. I seriously loved going to school here.

“I want to be a Buyer but for that I want to gain a lot of experience in styling, merchandising – I want to have an understanding of what people want by working in other aspects of Fashion first.

“I’m learning a lot at my job, gaining a lot of experience that you can only gain hands-on, so I’d like to stay as long as possible and then my ultimate goal is to go to New York.”

For now, he’s happy and busy imbuing Vancouver with Seoul’s style sensibilities during his nine-to-five, making friends (of all) and mentoring his newly-landed Korean friend in the after hours. Jake’s no English-teaching girlfriend, but he’s proven to be a patient and well-appreciated coach.

“My friend, Jae Sik, just started classes in February. He actually moved here because of me, to come to Blanche Macdonald. I was such a bratty kid before and he was like, ‘Now you work at Topshop? You went to Fashion School?’ He couldn’t believe it. I’m really happy that he’s here now, getting ready for school. It may be hard at first, with his English, but it’s so worth it.”