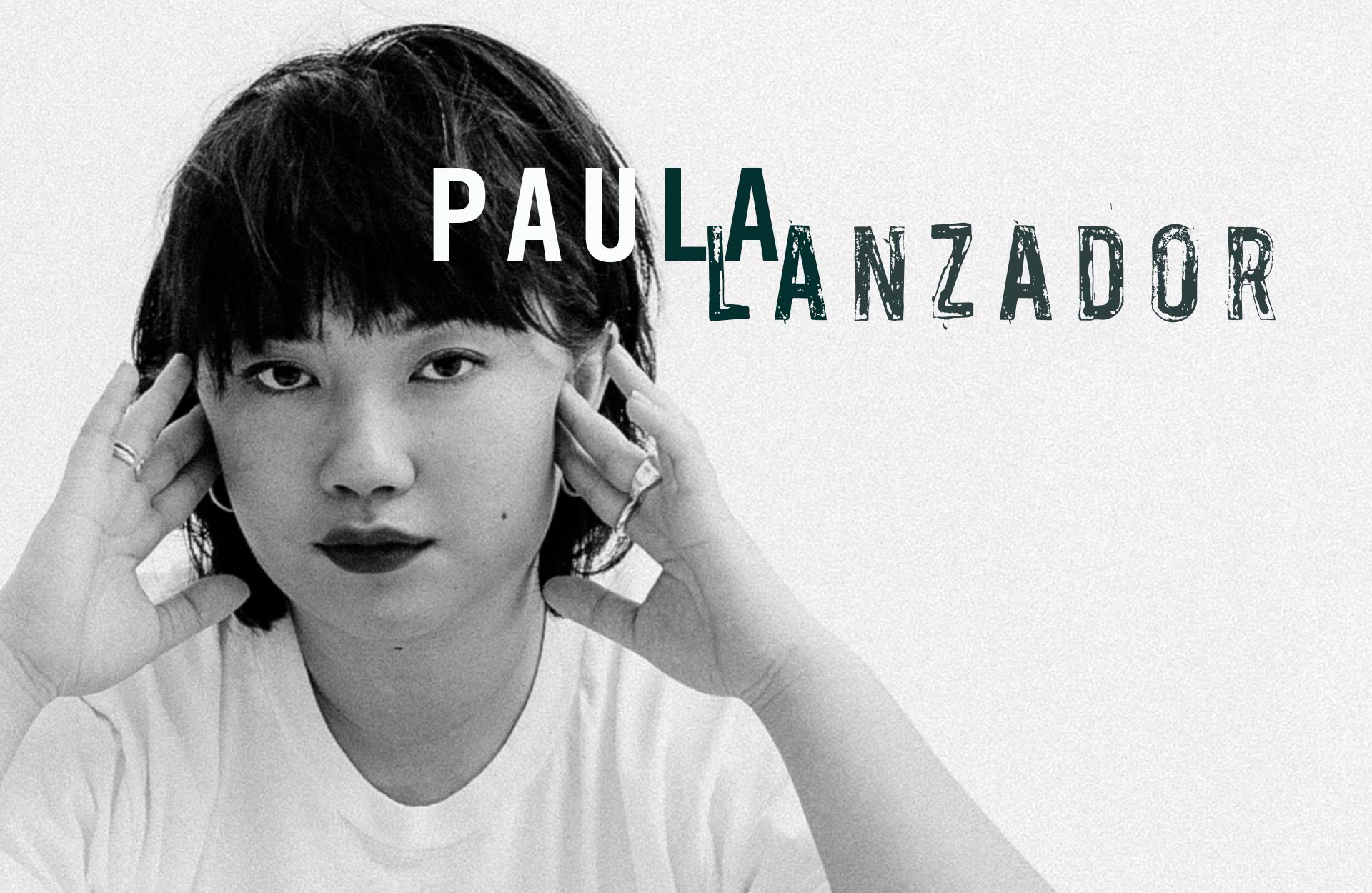 Paula Lanzador has been thinking about her career for eight solid years. “That’s a long time to think about anything!” And though she’s now a show-stopping, Vancouver-based, editorial Makeup Artist, she never thought her life would go this way. In the handful of years since she’s graduated from the Blanche Macdonald’s Global Makeup program, she’s risen to the top of the Vancouver beauty scene, become an in-demand NOBASURA-repped artist, worked with top fashion brands like Aritzia and H&M, and had her work featured on the cover of international publications like GQ magazine. Oh, and did we mention she’s also a mom of two?

“I wanted to be on stage all the time in school plays but in the first year I auditioned I didn’t get a role! I decided that I wanted to still be involved with the productions so I got into the makeup department.”

It’s hard to believe seeing her work now but Paula wasn’t always a natural Makeup Artist. “I was so bad at it! I was doing a brown smokey eye and the shadow was everywhere on the actor’s face. I mean, EVERYWHERE. One of my friends, [future fellow Blanche Macdonald Makeup grad] Fuzhan, was also in the makeup department with me and she had to clean it up and show me how to do it properly.

“After high school, I was in Langara for Film Arts. I’d made it to my last semester and I just wasn’t in love with it. I was still friends with Fuzhan and she was taking this Makeup program that she was so excited about and it just sounded so fun. I texted her to ask what school it was and she replied ‘Blanche Macdonald.’”

My Admissions Director, Pam, convinced me I needed to take Global Makeup to really get into the Makeup world. It was such a good suggestion because my experience wouldn’t have been the same and I don’t think my life now would be, either.

Though Paula’s parents were slightly hesitant, “My mom’s response was ‘Are you sure!?’ and my dad was so disappointed”, she knew that planning and starting a career should be something that started a fire in her. And makeup seemed to be it!

“I wanted the rest of my life to be better than high school. I didn’t want to just ‘be places to be places’ anymore. If I was spending the money on school anyways, I might as well love it.”

And love it she did. She came into the enrollment offices with the completion of the Freelance Makeup program in her sights, but once again, that’s not exactly the way it worked out.

“I remember every module we had in school. I was such a geek. I became a product junkie, a credit reader, a makeup history buff and I always had my hand up in class. I became excited about everything, every project, every module. I kept waiting to be pulled into one thing that would be my focus but I just loved it all!”

It just so happened that as Paula was finishing her program, the Blanche Macdonald Atelier campus was getting ready to open its doors and with it, the new retail space CurliQue Beauty Boutique.

“I did a lot of volunteering in school. I was always looking at the job boards and getting in touch with the Career Department. They were great at helping me find shoots and other experiences, but I knew I needed something permanent where I could start saving and building a kit. So I asked and I got hired!

“Retail was terrifying—the girls I worked with always joked that I used to hide behind pillars and they’re not wrong! But it helped me overcome what I needed to in order to have a successful career later on. Even now when I’m put in situations where you have to think on the fly or problem solve, I don’t panic or freak out I just immediately get to it. That is a direct result of my time there and learning how to always, always maintain a professional appearance.”

Being a part of Blanche Macdonald and CurliQue Beauty Boutique made me grow an insane amount as a person and as an artist.

Now, nearly eight years later, this editorial Makeup Artist has worked up to becoming a mainstay on the Vancouver beauty scene while raising her two boys.

“Having kids and my career made me grow up so, so fast. When I look back and remember where I was when I started and who I was, it’s crazy how far I’ve come personally and professionally. I’ve accomplished so much of what I wanted to do and I’ve been so lucky. But it took a lot of hard work and a lot of the first 2 years were unpaid. But if you love it, you’ve just got to stick with it and make it happen.”

Even though Paula has created a career as an editorial Makeup Artist and achieved a lot of her goals already, she still experiences the odd ‘pinch me’ moment. Her most recent one was when she checked her mailbox and found copies of the GQ issue that featured two different covers with rising star Finn Wolfhard (of Stranger Things), and her very own makeup artistry skills.

“I got the email last December about this shoot and I was pretty excited. I’d worked with Finn two years ago and they really liked his makeup so they looked me up from back then. I just got the copies of GQ the other day and I had a moment like ‘This is crazy!’. It’s a big publication from around the world and it’s in stores everywhere!”

In addition to Finn, Paula has also worked with Lana Condor of To All the Boys I’ve Loved Before, alongside fellow graduate Erin Klassen.

“I’ve worked with Lana probably around six times. She’s super open and ready for anything on a shoot. She loves to wear makeup so it’s always so much fun. The one thing I will say about working with any celebrity is that suddenly, you become so obsessed and aware of cleanliness and sanitation. Not that you’re ever not sanitary, but their faces are their career so protecting it and taking every precaution is super important.”

Paula has her fair share of cool magazine and celebrity shoots, but that’s not her everyday work life. Most weeks her days consist of one thing: e-commerce.

“E-commerce with a big exclamation point is my week mostly! I’ll be in a studio two to four times a week depending on the season. The craze comes when you realize that’s not two to four days with one client, that’s a different client every day for the most part so two to four studio days is two to four clients with all different needs, models, looks, concepts, lighting situations, set-ups, and everything else. I love that though because even though I do a lot of e-commerce, it’s always different looks, so my weeks and days are always different!”

One of the keys to being able to work with so many different people and personalities on sets is keeping your mouth shut. Always be discreet. If people feel like they can’t trust you, that’s a huge mark on your career.

If nothing else, being on two to four sets a week has made Paula somewhat of an expert on set etiquette.

“One of the keys to being able to work with so many different people and personalities on sets is keeping your mouth shut. One studio’s business is their business. If it doesn’t concern you or cause harm, keep it to yourself. Always be discreet. If people feel like they can’t trust you, that’s a huge mark on your career. If someone asks about someone else it’s always ‘They were nice.’”

As far as Vancouver’s makeup scene goes, Paula says it’s all about the skin. Being able to work with every skin tone and create the natural flawless looks that are so popular is where this editorial Makeup Artist lives most days but she’s also got a penchant and a serious talent for most experimental, avant-garde makeup looks.

Capturing something is the important part, not necessarily even publishing it. That part of my career is about staying true to what you want rather than what you want other people to see.

“Because I do a lot of clean beauty, I love to use colour where and when I can. One of my favourite looks I’ve done is the gold and silver one with Rhi Blossom. I was working on set the day before when I got that job and I had absolutely no time to prepare anything. Rhi and I showed up the next day at the hair stylist’s apartment and just did it! When everyone has a good working relationship and they trust you and you trust them—that’s when the magic happens.”

Trust is important while creating art with so many other team members but Paula also happens to have another secret that helps her create her stunning editorial makeup looks.

“Makeup wipes! So many of my favourite shots have come from me slightly removing one aspect of the look or smearing it around a little with a makeup wipe. It’s so crazy but it’s worked multiple times!”

Though this editorial Makeup Artist has a career that keeps getting better and better, Paula’s hunger and curiosity to learn from others is still as strong as since the beginning and her driving ambition behind doing makeup has remained the same: “I’m not doing it for money or to be famous, I just really love it.”

“I’ve had a few opportunities assisting artists from outside Vancouver on some cool projects. I plan on assisting more in the future. I love it as I learn so much and am introduced to new situations and people. It’s a really valuable experience and I can’t wait to see where it takes me!”