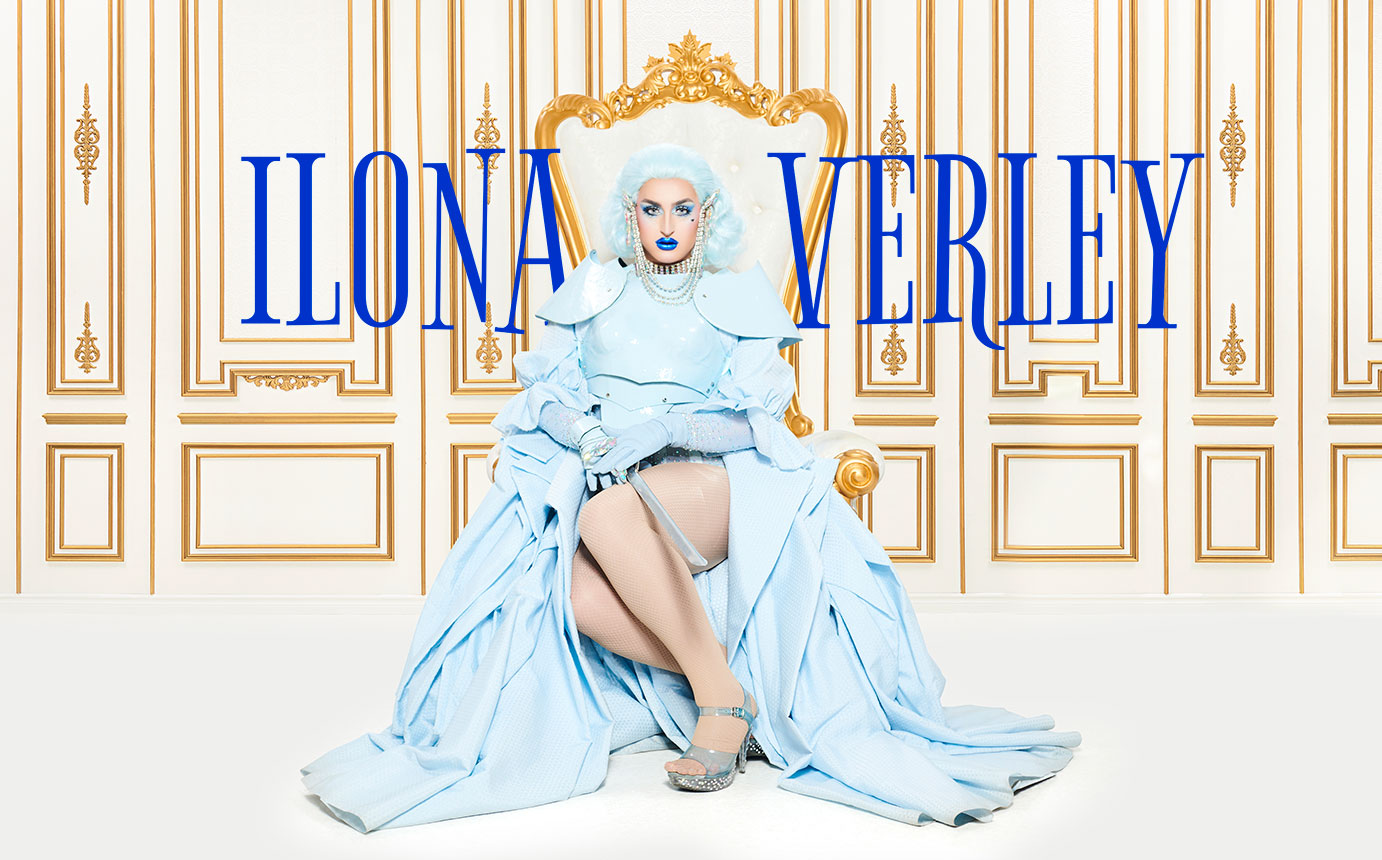 Makeup doesn’t merely transform faces. It has the power to change lives.

If proof were ever needed, look no further than Makeup Graduate Ilona Verley, whose message of Two-Spirit Indigenous positivity is poised to shine across the country and beyond as a star on the first series of Canada’s Drag Race.

“Growing up as someone inherently queer, I was always asked if I’m a boy or a girl,” explains Ilona. “It bothered me then but now I chuckle and say, ‘I’m both!’  During the last couple of years of high school I started diving into my creativity and Makeup. That gave a face to the female inside me. My makeup wasn’t good, but I still felt so beautiful. It was so freeing. The more I played around the more I realized it was something I loved.”

Canada is poised to fall in love with Ilona and their colourful and ever-fierce looks on the Crave streaming service. You won’t find any spoiler alerts here (sorry, not sorry) but Ilona’s pre-show personal storyline is an adventure of its own.

{Blanche Makeup Program Director Tracey Payne} started talking about the Makeup program and seeing artistry like that blew me away. I showed her some photos of stuff I’d done and the encouragement to pursue that was so exciting.

“One of my friends signed up for the Hair Program at Blanche and when she was visiting I came with to support her. I met Tracey Payne, who asked me why I was there. She started talking about the Makeup program and seeing artistry like that blew me away. I showed her some photos of stuff I’d done and the encouragement to pursue that was so exciting. At that point I was practicing drag and obsessively watching Drag Race. I’d learned all about the scene, even though I’d never been to a nightclub at that point. I thought I would learn Makeup at Blanche and then I’d go out! My goal was to get good at drag. And it worked!

“Tracey told me that I needed to meet Jaylene McRae. Jaylene was the first queer indigenous person I’d ever met. It was so inspiring. It made me embrace my own journey. When I came out as gay it still didn’t feel right. Being gay didn’t explain the feminine energy I felt. It wasn’t until I met Jaylene and my Drag Mom Quanah Style that I learned the term Two-Spirit. Even though I was raised within my culture it was still something that had been lost from a lot of communities through colonization and all that bullshit. To me, Two-Spirit is about who you are and how you represent yourself between your masculine and female energies.”

Blanche Macdonald gave Ilona more than the confidence to embrace their true identity. It also gave them the skills to turns transformative makeup ideas into fabulous reality.

Jaylene was the first queer indigenous person I’d ever met. It was so inspiring. It made me embrace my own journey.

“My time at Blanche was super fun. My fundamentals teacher, Lesley Opheim was my favourite. We still talk all the time. I always wanted to jump into crazy colours but Lesley would explain that I needed to learn the basics first. I was always challenging her. But she was right! Learning the fundamentals made it easier to do the creative things. If you don’t understand face shapes or the ways to apply makeup you can’t do it properly. One tip of hers stuck with me for life. Always moisturize the neck!”

The road from Makeup School to Canada’s Drag Race was never smooth. Ilona worked at the NYX store in Vancouver while performing, and nearly made the cut for the American version of the show after “spending $12,000 that I didn’t have” on an audition tape. Heartbroken, they ran away to Sydney, Australia to get over the disappointment of being so close yet so far from fulfilling a dream.

“Sydney made me fall in love with Drag all over again. They do really artistic drag there and getting back to the artistry was what I love. When I was there they put out a casting call for Canada’s Drag Race. I thought, is this a sign? So I applied and it turned into the most amazing process of my life. The day I got the call I flipped backwards and almost fell off the chair I was sat on.”

We have no idea how the Season is going to play out, and we wouldn’t tell you even if we knew. The only certainty is that Ilona will be spreading positivity every step of the way.

I have a duty to represent indigenous people and talk about my culture and being Two-Spirit.

“I have a duty to represent indigenous people and talk about my culture and being Two-Spirit,” they insist. “There’s not enough indigenous representation in mainstream media. I’ve always wanted to be famous. Not for myself. I want to make other people feel good. If I can inspire someone that’s so exciting. If another indigenous kid is watching and sees someone like them, that’s the most important thing of all.”